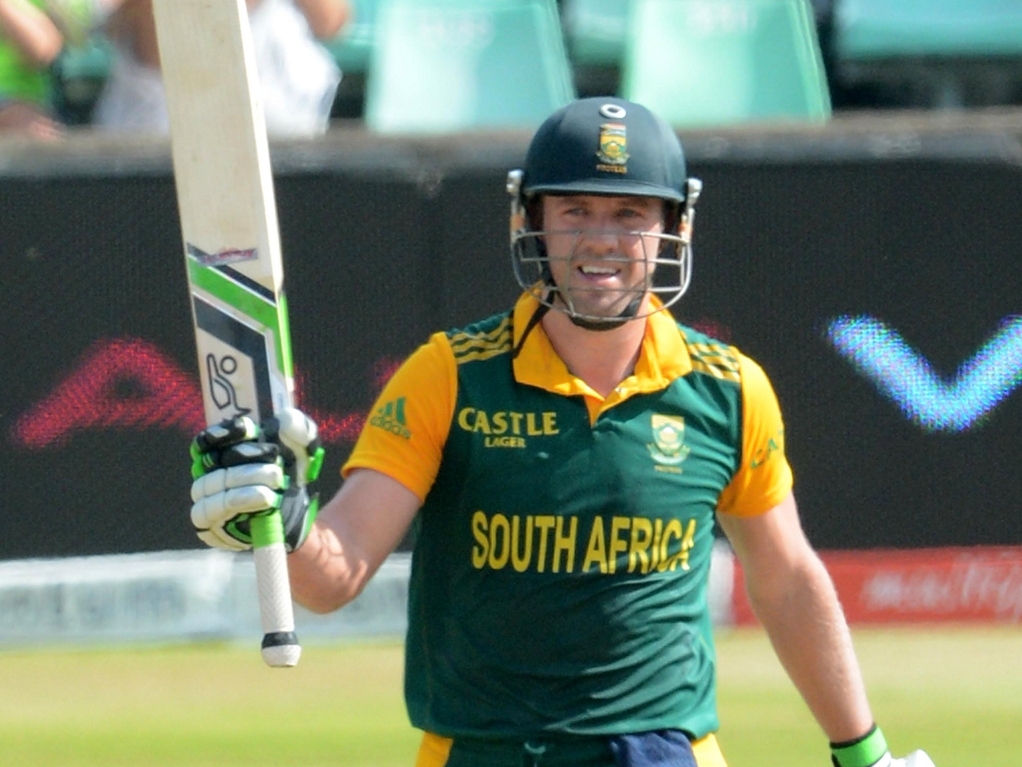 In stark contrast to Allan Donald and Lance Klusener in 1999, South Africa are timing their World Cup run perfectly. As they pack for Oceania, a 4-1 tonking of the West Indies on home soil has ensured there will be no emotional baggage to tip the scales.

AB de Villiers is omnipresent on South African telly at the moment, informing the nation just how much they 'inspire Protea fire' in him and his charges. Mind you, he is also shown to have such shocking spatial awareness in another advert that his potato chips are stolen by a child.

Only one of those pieces of marketing is at all believable after De Villiers' record breaking 149 in the second game of five at the Wanderers. Quinton de Kock's prompt recovery from a twisted ankle means he takes back the wicketkeeping gloves, quite possibly saving his skipper's creaking back. That leaves Abraham Benjamin free to focus on his batting, the captaincy, ending global poverty and getting his chips back.

His eye-popping Johannesburg feat put Hashim Amla's highest ever 50-over score of 153 not out in the shade. That didn't leave the opener a Dravid to De Villiers' Tendulkar for very long, though. Amla averaged 206.50 for the series, had time to put his feet up for the fourth game in Port Elizabeth and still amassed a total of 413 runs.

Arguably even more encouraging were the brace of centuries for Rilee Rossouw and another for David Miller. Rossouw failed to pass seven in his three other innings, suggesting he isn't sure of foot just yet, but he travels with the knowledge that he has justified his air ticket.

Miller joined Rossouw in reaching three figures for the first time in Port Elizabeth, discrediting the already dubious theory that he, as a specialist batsman, can't be trusted to build an innings of substance.

Dale Steyn looked as sharp as ever throughout the first three games, bowling first change and keeping the West Indians under wraps. Poacher then turned gamekeeper as he downed tools, left it to the mortals and dodged the final two matches to go on safari.

Ah yes, the mortals. Niggling away at the Proteas is the form, or lack thereof, of Aaron Phangiso, Kyle Abbott and Farhaan Berhardien. With the first two being taken in reserve, the uncomfortably warm spotlight falls on Berhardien.

Entrusted with the number seven role ahead of Ryan McLaren, he goes into the tournament having failed to fire with bat or ball at any point during the run-up.

Phangiso, De Kock and Wayne Parnell will all have a bonus game against the touring England Lions in Potchefstroom. It's a final bid for match fitness and form in their own backyard ahead of two warm-ups then the opener against Zimbabwe on February 15 in Hamilton.

There are no such worries for the Ravensmead Wrecker. Vernon Philander's two-wicket burst with the new ball in East London alone showed Zim, Pakistan and the UAE what's coming their way on the nibbly pitches of New Zealand.

If this Oz-bound party is hectored at all by the ghosts of World Cups past, it is chiefly as patriots and not as veterans of 1992, 1999 and 2003 – a crucial difference. It is easier to avenge the calamities of yesteryear when you are not debilitated by the battle wounds personally. Capitulation at the hands of New Zealand in 2011 will serve as just enough of sharpener to the older heads.

The Proteas benefit from the easier half of the draw this time around; avoiding Australia, New Zealand and Sri Lanka in favour of the up and down India, comically unpredictable Pakistan and the already vanquished West Indies.

So can the prancing phantoms of South Africa's sordid World Cup back catalogue finally, at long last, be put to bed?

In a word: yes. This might just be their best shot yet. Those that needed games have had them, those that needed rest have, erm, been on safari. Amla and De Villiers are a blood-curdling prospect for an opposition already preoccupied with working out how to deal with Steyn, Philander, Morne Morkel and the irrepressible one-day force that is Imran Tahir.

No other side in this competition is close to perfect and, with three superstars leading the way, enough of the rest have shown enough gumption of late to suggest the Proteas really can fire Down Under.