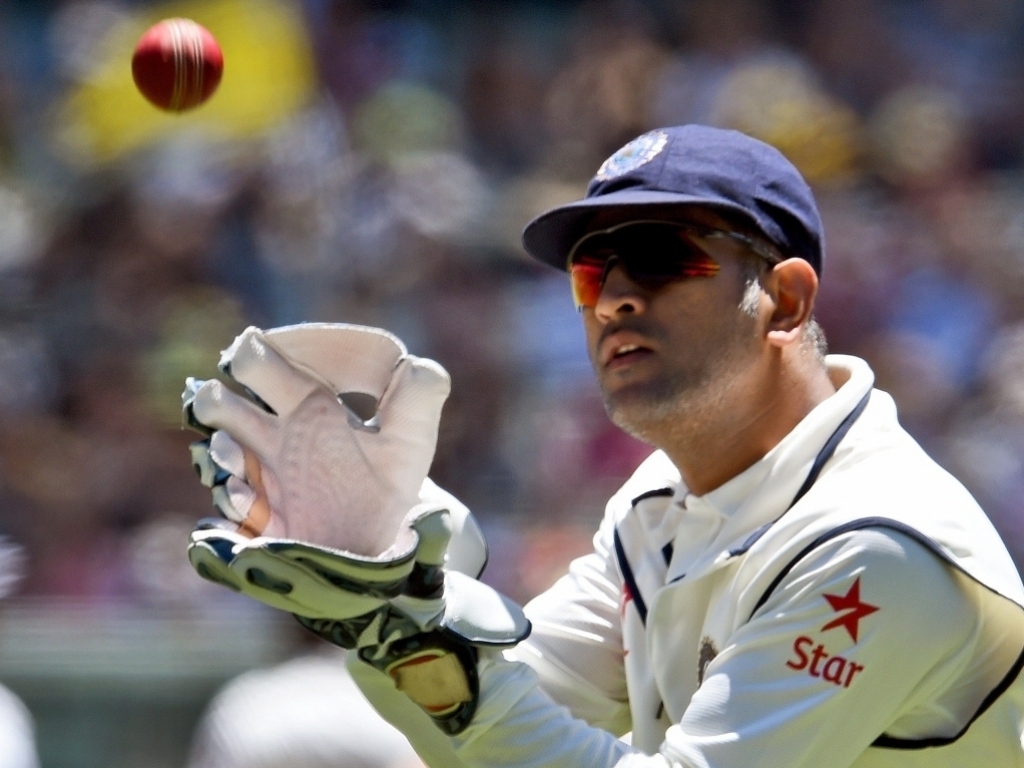 Much to the chagrin of the assembled media, MS Dhoni waited until after his post-match press conference to announce that he is retiring from Test cricket with immediate effect. This was perhaps a fitting end to Dhoni’s reign in charge of the Test side.

His press conferences have become the stuff of legend. They are full of withering looks, opaque statements and confused metaphors. A lot of the time it seemed that this obfuscation was on purpose. It probably was.

Whatever you think about Dhoni as a captain, it is impossible to judge his performances without understanding the pressure that comes with being captain of the Indian cricket team. Any international captain comes under some scrutiny, the man in charge of India has that one billion fold.

His every move is discussed ad nauseam. Dhoni has lived with that for seven years, leading India 275 times, 61 of those in Tests.

Dhoni is an extremely phlegmatic character, and perhaps that is what has allowed him to remain level headed during that time. In those infamous press conferences he would always refer to the 'process', how results flow from doing the basics right. Results seemed to be secondary to him feeling his side had done all they can.

While this approach has angered supporters at times, it has certainly led to success for Dhoni, both on and off the field. He is the richest cricketer in the world, his face has launched a thousand advertising campaigns.

There is nothing that Dhoni has not achieved as captain. He has won the World Cup, the World T20, the IPL, and the Champions League. In limited overs cricket he has no equal as a batsman or as a leader.

Perhaps the achievement that is glossed over most often is that Dhoni led his side to the top of the Test rankings from 2009 to 2011. Since then, things for Dhoni as Test captain have plummeted. That summer his side lost to England 4-0, and then followed that with another whitewash defeat to Australia later that year. He has won just one overseas Test as captain in three years.

In the aftermath of those eight consecutive defeats, the India selectors wanted Dhoni out. Mohinder Amanath, a selector at the time, told India TV channel CNN-IBN that they wanted to make Virat Kohli captain. According to Amanath, BCCI President N Srinivasan stepped in and vetoed the decision.

It is this close relationship with Srinivasan that may well colour how history looks upon Dhoni’s time in charge. As the Indian High Court discuss the issue of conflict of interest in Indian cricket, the fact that Dhoni is a vice-president of Srinivasan’s India Cements and captains the IPL side owned by Srinivasan will cause eyebrows to be raised.

It is for the courts to decide any wrongdoing off the field, but on it the last three years of Test cricket by India have been pretty woeful. Not only did they continue to lose away from home, India lost to England at home.

Dhoni was defensive and indecisive as he watched his spinners outbowled by Graeme Swann and Monty Panesar. If there was a nadir of his time in charge of the Test team it was this.

The beginning of the end of Dhoni’s time in charge of the Test side didn't come because of another defeat, but because he was injured. He missed the first Test of this series in Australia and he was replaced by Virat Kohli.

Having already impressed while leading the ODI side in Dhoni’s absence against Sri Lanka, Kohli did well. He was combative and proactive. While his approach may not be to everyone’s taste, as his illustrious predecessor Sourav Ganguly showed, this kind of in your face captaincy can work. Chances are it will.

Kohli has been talked of as Dhoni’s replacement as far back as 2012, although that would probably have been too early for him to take over. He was not certain of his place in the side and it could well have put too much pressure on him and his form.

Now Kohli is one of the finest young batsmen in the world, and apart from a blip in England this summer he has succeeded everywhere he has gone. An India led by Kohli will be very different, but a change is needed.

Dhoni will remain in charge of the limited overs sides, and when he leads India to the World Cup he will do so as one of the favourites to claim the trophy. His formulaic and laid back approach to captaincy was never an easy fit in Test cricket, but there is no doubting what he brings to the team with the white ball.

When we look back on Dhoni – the Test match player – chances are it will be the losses overseas that we will remember, but what he has achieved should not be forgotten.

Only Adam Gilchrist and Mark Boucher have more Test runs as a wicket keeper. He did get his side to number one in the world. He is one of the best players India has ever produced.