Home Countries Australia Opinion: Pick Mo, but the pressure’s on

Opinion: Pick Mo, but the pressure’s on 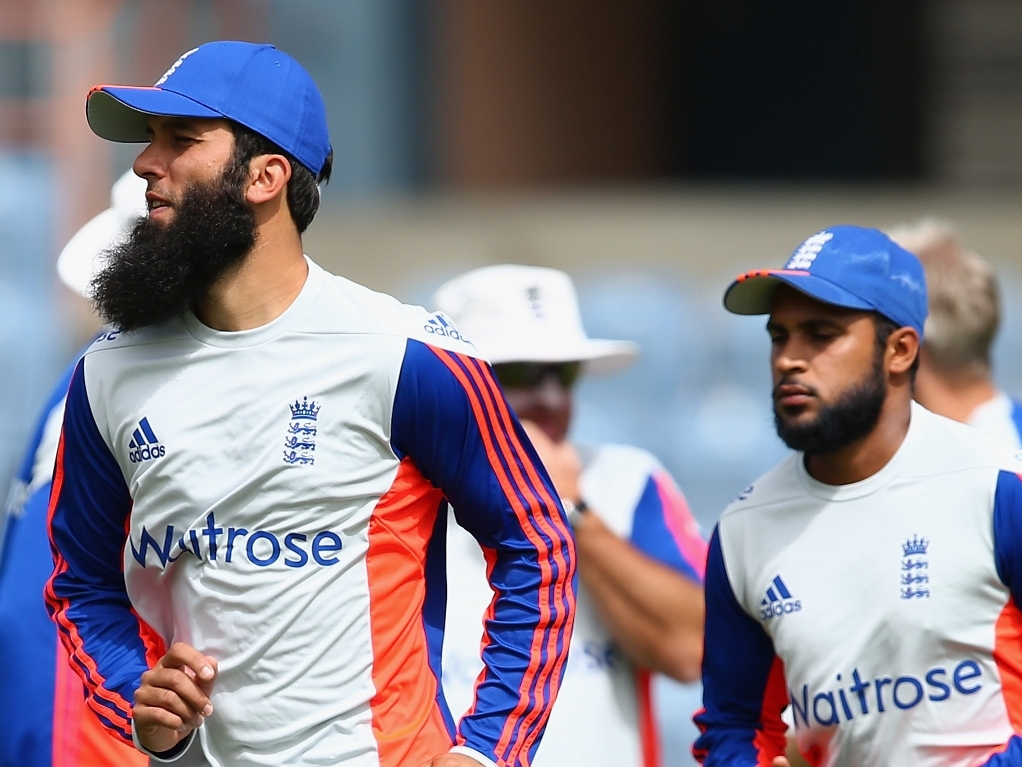 As the first England vs Australia Test approaches we are caught up in yet another phoney war of words between the sides as the circus that surrounds an Ashes series gets into full swing.

As England have played Australia so often in the last couple of years there isn't the same excitement about this press conference nonsense. Until the two teams go for a night out in the Birmingham Walkabout we are going to have to concentrate on the cricket.

While the news that Ryan Harris had everything needed to take part in this series other than functioning knees is terrible, it does make the selection of the Australian seam bowlers for this series a lot more straight forward. Australia will pick Starc, Hazlewood and Johnson for the duration.

The only question mark that remains about the line ups of the two teams once the series gets underway is who England should pick to bowl spin. The choices are the ridiculously likeable Moeen Ali and the equally admirable Adil Rashid.

Having to choose one is like being forced to decide which of your childhood cuddly toys is going to be put in an incinerator.

Moeen is very much the man in possession, having done more than enough for any reasonable person to think he needs to be persevered with. While he has not produced the excellence of the Test series against India since then, it is worth pointing out that he played a World Cup and suffered injury in the period since those Tests.

Moeen has never been an out and out front line spinner. England knew that when they picked him and he has done nothing but exceed expectations on his way to 33 Test wickets at an average of 32. That compares very favourably with the returns of other Test off spinners around the world, and is great for a guy who is still learning his craft at this level.

Then there is Rashid. He ripped it up in county cricket last year on his way to 46 Division One wickets last season. He was selected to go on the West Indies tour and in the final misstep in a tenure of so many for Peter Moores, he was not given a game.

Moeen was injured but Rashid was cast aside after an uninspiring display in a beer match against a St Kitts XI that was so poor that England had to lend them some players to make the practice anywhere near meaningful. That seemed to be enough for Moores and those that saw that game to write him off.

James Tredwell played in what will most likely be his last Test, rather than giving Rashid his first. There has been talk of Rashid being unable to fulfill the role of lone spinner as he cannot hold up an end. This is to completely misunderstand what Rashid gives a team.

His contribution is a simple yet vital one – wickets.

England will most likely go into the first Test with four quicks, with Ben Stokes making the side. To think that there can't be a place for Rashid is nothing short of bizarre. If he is the best spin option available he should play.

Or he should have.

It is difficult to overstate how much of an impact that decision to go for Tredwell over Rashid has had on selection going forward. Now Rashid has not made his debut and Moeen is fit for a Test in England, it would be madness to chuck the Yorkshire legspinner in at the deep end.

Moeen deserves his chance against Australia, if after the first two Tests he has struggled for penetration then there can be a rethink.

As great as Moeen and Rashid are, and they are wonderful, neither is a no-brainer selection. Moeen isn't an out and out bowler. Rashid isn't the finished article. Graeme Swann’s absence doesn't get any easier to handle 18 months after he gave up his spot.

There is another option for England – they could pick them both. Stokes could play as a third rather than a fourth seamer and England could have a leggie and an offie in the side. Those that have hinted at this being a possibility of alluded to a Cardiff pitch that will turn.

Having watched cricket at Sofia Gardens this year, that seems unlikely. The days of Glamorgan producing dry pitches that take spin are long gone. It will be one or the other.

For the time being that one should be Moeen, but for the first time since he broke into the Test side he is under some real pressure for his spot.