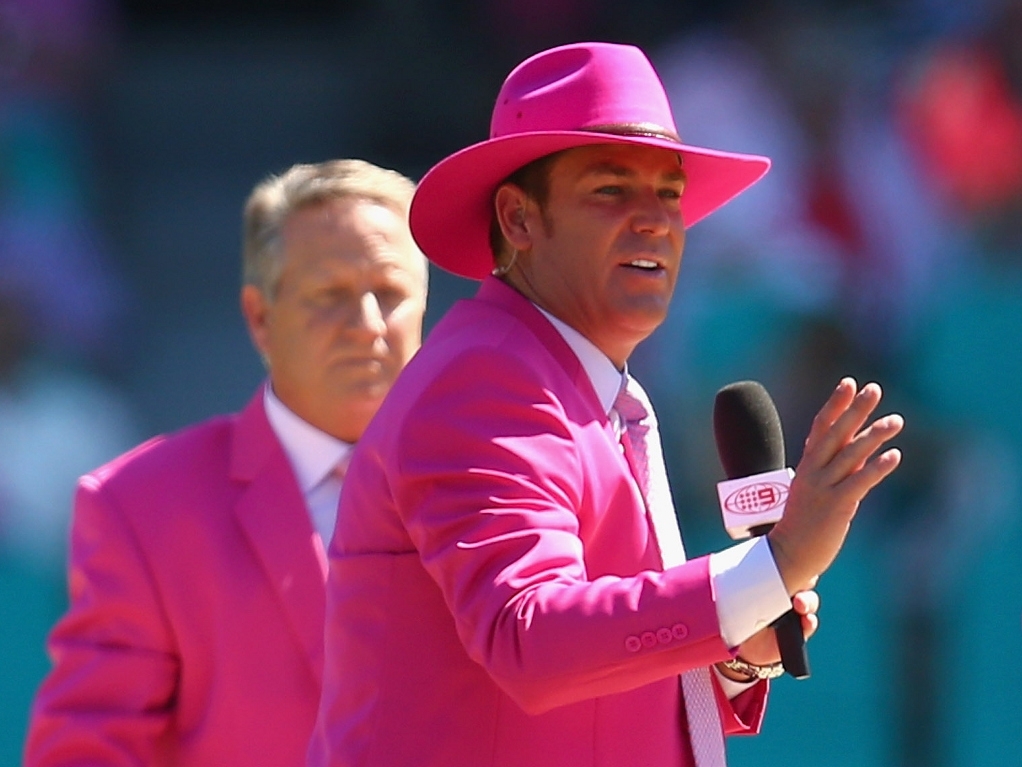 The World Cup is upon us, and the build-up would not be complete without needless predictions that won't come true. With that in mind, here are the outlandish predictions that will definitely* happen in Australia and New Zealand over the next seven weeks and 49 matches.

Every side will lose the social media war

Ever since Twitter and Facebook became something people use every day, companies, sports teams and cricket boards have been playing catch up. The 2015 World Cup is going to be the first truly interactive World Cup.

It will be the first one where teams have official hashtags, full time Twitter accounts and memes. Every team needs to have memes. For those that are not sure what they are, they are pictures with words on them. No one is quite sure why we need them, but they are ubiquitous.

The early winner for worst hashtag has come from Team Idea, who are using #WontGiveItBack. This is an attempt to say they are not going to give up their title as world champions without a fight.

What they have ended up with is what a child says when having a temper tantrum in a supermarket when they are told they are not allowed a chocolate bar. The others teams have some work to do to come up with a more pitiful slogan, but we have time for them to create something.

The ICC have said that they are going to 'crack down' on sledging. They have decided that bad words need to be stopped, and after years of ignoring it they have sprung into action to try and make sure that no cricketers get sworn at.

Why this is something the ICC have decided needs addressing now we have not been told. Certainly the unseemly events at Trent Bridge last year where James Anderson shoved Ravi Jadeja seems to have been a catalyst for this new stance.

The problem cricket has stems from its horrifically contradictory attitude towards sledging. There is a cottage industry surrounding the stories of 'funny' sledges. There are former cricketers that make a good living retelling these tales on the after dinner speaking circuit.

There are books galore revelling in the funny jibes that have spewed forth over the years. Then there is the spirit of cricket nonsense that we hear so much about. The issue is that most of these comments aren't funny, they are just abuse.

Even with this tougher stance with fines and suspensions things aren't going to change anytime soon, those same sanctions for slow over rates have made no difference at all.

We are not going to have really exciting spin bowlers in this tournament. We have been shorn of Sunil Narine which is bad news for the West Indies, the tournament and world cricket. Saeed Ajmal is waiting in the wings, ready to step in the event of yet another injury in the Pakistan squad. Whatever side of the chucking argument you stand, the wrong one or where you think Saeed Ajmal is great, it is difficult to argue that Narine and Ajmal aren't fun to watch.

We have been deprived of two of the most entertaining cricketers in the world. People have rejoiced about it. I don't understand that.

We will discuss formats, lots

The 2015 World Cup is the last one that will feature more than 10 teams. The original plan was for this tournament to be the 10 full members with no associate involvement. Uproar from Ireland who had performed well in the two proceeding events, displeasure from the ICC cricket committee and suggestions of legal action mean the ICC backtracked and keep the 14 team make-up from 2011.

That is far from the end of the debate. There are still many that are unhappy with the meandering nature of the group stage that will give us few surprises as to who will qualify for the quarter finals.

In contrast to almost every other sport in the world, cricket is contracting its flagship event rather than looking to expand. In 2019 it will be a ten team affair with a complicated qualifying process for the top associates. This will give us more dead games, not less.

But India will have a guaranteed nine matches, and that makes the TV companies happy. Just as with this edition including more teams, perhaps it isn't too late for the way 2019 is set up to change.

We will get personality, but not insight

The list of commentators that will adorn the TV pictures of this year’s event has been announced. It is not a surprising list, but it is depressing. Once again cricket will be discussed by former cricketers.

While there is a place for the insight of those that used to play the game, and while some amongst those on the list are fine broadcasters, the sports journalist is all but lost to the game. Only Harsha Bhogle is not a former player.

We will get lots of 'banter', but without the contrast of the professional broadcast journalist it all becomes asinine and predictable. Cricket fans deserve better.