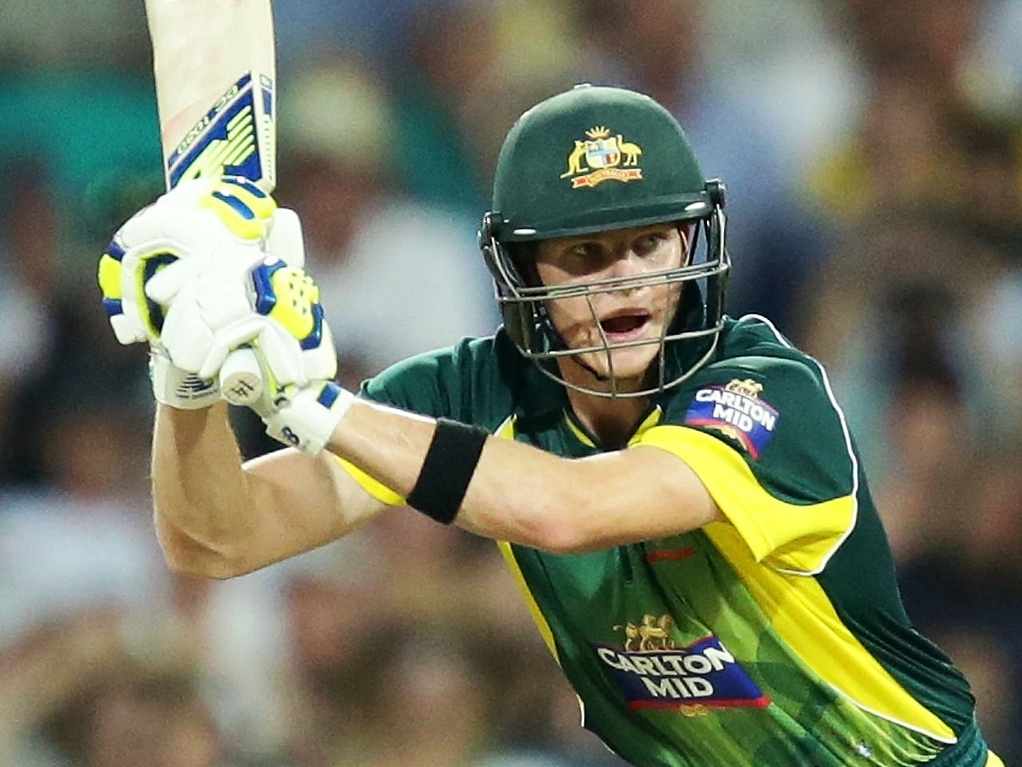 The 'Big 3 Cup' is underway in Australia as they play hosts to England and India. As the ICC revamp last year showed us, these are the only cricketing countries that really count.

The sport is, after all, only relevant if you are selling lots of TV advertising for sugary drinks and fried chicken. With that in mind, it is worth talking about what we can expect from the rest of the games between cricket’s natural leaders.

Predictions are often mealy-mouthed and insincere, so to combat that here are some bold claims that are guaranteed to happen.*

In the first match of the Big 3 Cup something a bit odd happened. Steve Smith allowed himself to get out for less than 50. That is the first time that has happened in eight international matches. His form has been so consistent that you may start to wonder if it will ever end. What if Steve Smith bats like this forever? What then?

It won't last forever, of course it won't. Just as it didn't for Alastair Cook in 2011 or when Rohit Sharma plays against the West Indies. There will come a time when Steve Smith struggles, it just won't be any time soon. Expect some runs from Australia’s porcine captain-in-waiting.

MS Dhoni will ramp up the drama

The India skipper is back and wearing light blue. A new uniform that he and his Indian colleagues proudly wore on the roof of the MCG in an interesting homage to Marvel’s Avengers franchise.

There is one thing that we know we can expect from Dhoni, and that is an increase of heart rate. MS loves the drama, and often it seems he slows down just to revel in it. Of course, that isn't really what happens, he just has an ice cool confidence in his own ability that is almost reptilian. At some point in this series Dhoni will take it to the last over, probably the last ball.

England will be bowled out, again

This isn't so much a prediction, more a statement of fact. England over the last year have had an incredible ability to get bowled out. Sometimes it has been early wickets, sometimes it is a late order collapse, sometimes it is the middle order that struggles. It has been widespread incompetence that has kept their supporters guessing.

However they have done it, England have been dismissed within their 50 overs 10 times in the last 13 matches. In the first game of the Big 3 Cup, England found themselves three wickets down for 12 runs and never recovered, and it will be interesting to see how they go about losing all their wickets in the next games.

Australians will sledge (and so will everyone else)

On-field chat has been in the news this week after the BBC’s cricket correspondent gave an interview to the Radio Times where he drew parallels to the attitude of Australia’s players on the field and the untimely death of Phillip Hughes.

When that awful accident happened many talked about cricket changing, but none of those were in the Australian cricket team. Michael Clarke in his beautiful eulogy to his friend spoke of keeping the spirit of Hughes alive with the way they played the game. It is difficult to imagine that Clarke meant not swearing.

Whether you believe the 'Spirit of Cricket' is something that exists or not, there is no doubting that it means different things to different people. While it is hard to accept that the person who is doing the sledging is the best person to judge if it has gone too far, there is no correlation between verbals and Phillip Hughes.

Glenn Maxwell will be unlucky

They say you make your own luck. This is of course nonsense because luck, whether good or bad, is a construct of our primitive brains. What you can say is that Glenn Maxwell often finds things don't go his way.

There are times when he is completely responsible for his own demise, but he is on the wrong end of some stinkers at times. Expect more of the same.

Virat will score a hundred

ODI cricket, pitches with true bounce, and Virat Kohli. That means only one thing. Hundreds. Kohli already has 21 of them, more than the whole of this England squad combined. In the Test series before the Big 3 Jamboree got underway he scored four hundreds. In his last ODI he made 139 not out.

Kohli has played 146 ODIs, he has 6208 runs at an average of 52. After the same number of matches Sachin Tendulkar had 5197 runs at an average of 40 with seven hundreds. The only thing that will stop Kohli from breaking every ODI batting record is the cricketing authorities deciding to bin the format so they can play more T20s.

As the Roman poet Sextus Propertius said, 'always toward absent lovers love's tide stronger flows.' With that in mind it will not be long before those that supported Alastair Cook for so long will say that the authorities were wrong to call time on his career.

Cook’s lack of form was so pronounced that it glossed over many of the failings of this England team. It also prevented this squad from being sure of their roles ahead of this series and the World Cup. There is little chance of this England team doing well in their marathon stint in Australia and New Zealand. They were still right to drop Cook.

*This guarantee has no monetary value.