Home 2015 World Cup Opinion: The evolution of the ODI finisher

Opinion: The evolution of the ODI finisher 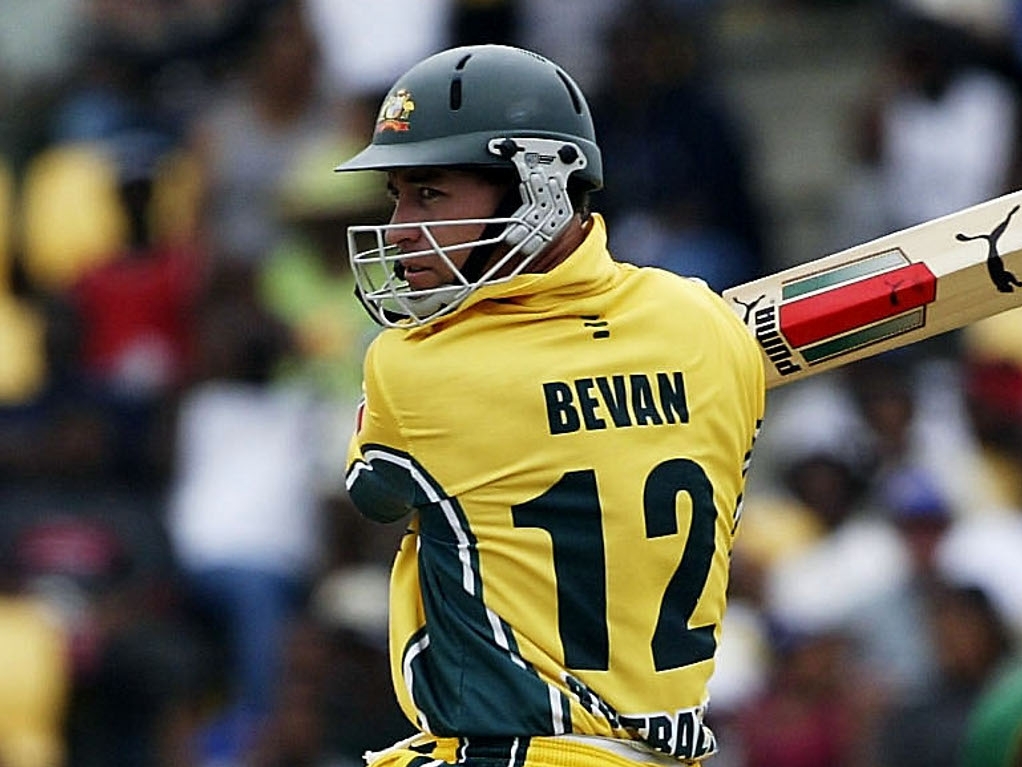 Over the years, a lot of sides in international cricket have, with good reason, tried to imitate the personnel of Australia’s golden generation.

England’s Chris Schofield can thank Shane Warne for his six international caps, and 69 different wicketkeepers have been used to open a one-day international innings since Adam Gilchrist’s debut in 1998.

And every country has hunted high and low for a finisher like Michael Bevan.

For many, the left-handed South Australian is the gold standard when it comes to ODI run-chasing, but while the art of leg spin and top-order aggression has largely remained the same since Warne and Gilchrist, the craft that Bevan moulded has evolved hugely.

Recently, the poster boy for ice-cool finishing penned a tutorial for building a one-day run chase. Chief among his advice was the need to set achievable targets.

While that is by no means a revolutionary statement, Bevan’s ability to carry out his plan set him apart from his peers.

During his 232-match career, Bevan had 53 opportunities to guide Australia to victory during a 50-over run chase and nurdled his way to a red-inker in 23 of them. That’s a success rate a little short of 50 percent, which is a remarkable display of temperament.

In the 11 years since the 44-year-old’s retirement, a new middle-order player seems to store his bat in a refrigerator even more chilled than the one Bevan owned.

India’s limited overs captain, MS Dhoni, has the most middle-order not outs in winning ODI run chases the game has ever seen.

His tally of 33 is shared with South Africa’s Jonty Rhodes, although the 1241 runs the glacial wicketkeeper has scored compared to Rhodes’ 941 in those knocks edges him clear in the finishing world order.

What is really interesting when comparing Dhoni and Bevan’s career figures though, is the polar opposite styles the two adopted.

Stack Dhoni’s six count alongside Bevan’s and it would look like someone had uprooted the Eiffel Tower and plonked it next to a rural English bungalow.

The Indian has a whopping 177 maximums on his CV, with 23 coming during his winning ODI run chases, while Bevan managed just 21 and two respectively. Such a contrast shows how the role of the one-day finisher has evolved in parallel with the sport.

The advent of T20 cricket has forced the lower-order player to release pressure more instantly. Where Bevan openly admits to waiting for the right ball to hit to the boundary, sometimes building the strain on himself in the process, modern-day batters look to open that valve with one shot as quickly as possible.

The strike rates the two greats operated at during their run-chasing brilliance perfectly illustrates that. Bevan’s ultimate display of patience saw him score 68.87 runs per 100 balls in his 23 not outs, while Dhoni has cantered along at 90.71 in his 33.

Creativity plays a huge part of today’s game too. Imagining Bevan playing a Dhoni-inspired helicopter shot, or a Kevin Pietersen switch hit almost sullies the perception of the man, while you can't recall a classic Dhoni moment without one of his trademark swipes.

There is no doubt that the Australian was the world-leader in his role at number six, but as the years rumble on and the sport evolves, his method will only become viewed as increasingly archaic.