Opinion: Too many Cooks spoil the ODI broth 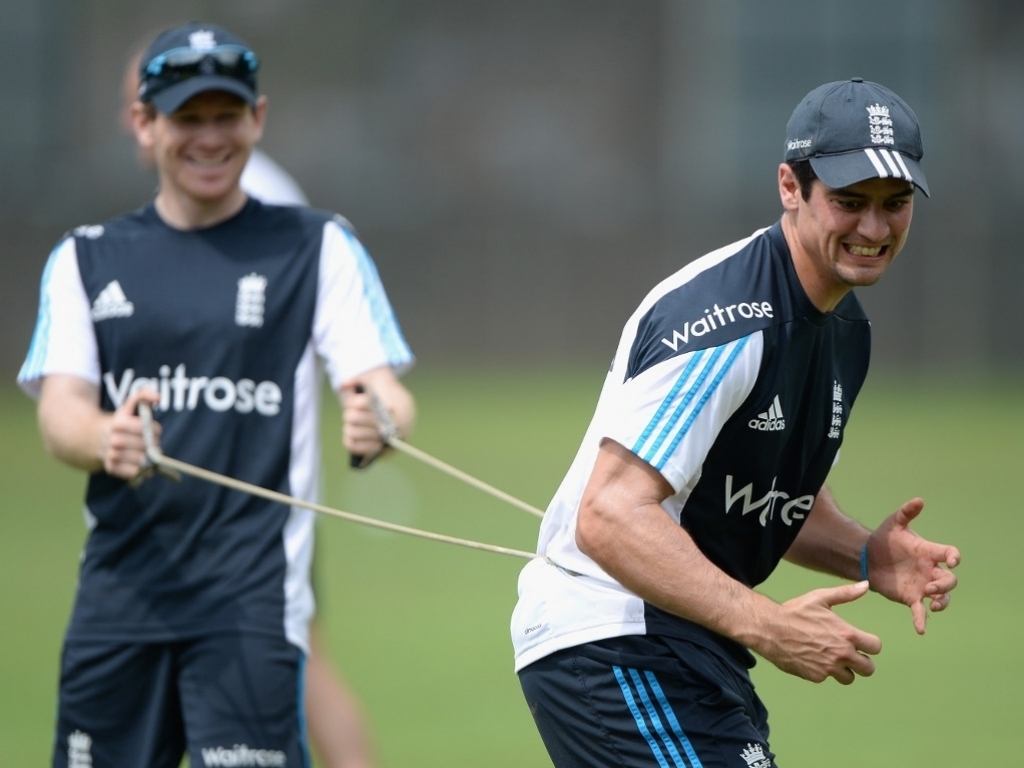 It looks as if Alastair Cook has claimed another victim. This time it is Alex Hales who is going to sit out of the warm up games against Sri Lanka A this week, if reports in the Daily Mail are to be believed.

The top three are set to be Cook, Ian Bell and Moeen Ali. There will be talk of Hales making way to get Moeen into the team, but that just isn't the case. The reason that Hales has been dropped is because they need to make room for Cook.

As we have been told since the tour to Australia, which saw England lose 12 out of 13 games against their oldest enemy, Cook is the past, present and future of English cricket. After all, he has the right family.

Since the Champions Trophy where England were a brain fart away from winning their first ICC event, Alastair Cook has led his side 14 times. They have lost series to Australia, India and Sri Lanka in that time.

Cook has gone past fifty on one occasion, with a high score of 56. He has not scored many runs, and he hasn't done it quickly. There are very few people that would consider Cook as one of the first choice openers in One Day cricket, unfortunately all of them seem to be England selectors.

Since February of last year, when the review of the winter disasters absolved Cook of any blame and anointed him as the favoured son of English cricket for the duration, it has been clear that he would be leading England to the World Cup.

That is despite him losing both of this summer's One Day series, with the team struggling and Cook finding scoring runs hard, let alone at a pace that set things in motion for a big total. Cook is captain, and even if England lose all seven matches in Sri Lanka that will remain the case.

Hales did not do brilliantly against India. In the rarefied air of international cricket it did not take the Indian bowlers long to work out that a full in-swinging delivery was Hales' Kryptonite. Although the Nottinghamshire batsman didn't help himself by getting out twice top edging sweep shots.

In all of the comments to the press since arriving in Asia England's players have talked of 'intent', 'being explosive' and the importance of 'aggression'. After all this talk of going hard at opponents, England have dropped their most attacking top order batsman to give a place to Cook.

If England are going to play Cook then it is hard to see how there is a place for Ian Bell. There needs to be more than one pace at the top of the order, it is phenomenal that as we near 2015 and the 11th edition of the World Cup that the England selectors don't seem to understand that.

Perhaps it is too late in the day to expect England to change their approach, but they are saying they understand that their current method isn't working.

The difficulty for England is not only that it is hard to start mixing it up so close to the World Cup, but also the games that they have left are few and on the wrong continent. They are playing seven matches on slow, low Sri Lanka pitches in rainy season to prepare for fast, seaming surfaces in Australia and New Zealand.

England have had four years to prepare for this World Cup. The dates and location were decided even further back. Yet again we are just months away and England have no idea of their best team, they are unclear on their bowling strategy, and they are no closer to having a settled batting line up.

All too often in recent times the public protestation of the England set up have jarred with what they actually do. The talk of aggression while dropping the man brought in at the top of the order to add impetus is yet another example.

England's chances of even competing at this World Cup have been sacrificed to give Cook a place in this side. There are any number of players in the county game or even in the England squad that would make more sense than Cook. In fact, one of them is Alex Hales.