Home News Opinion: Well worth the wait for Stiaan

Opinion: Well worth the wait for Stiaan 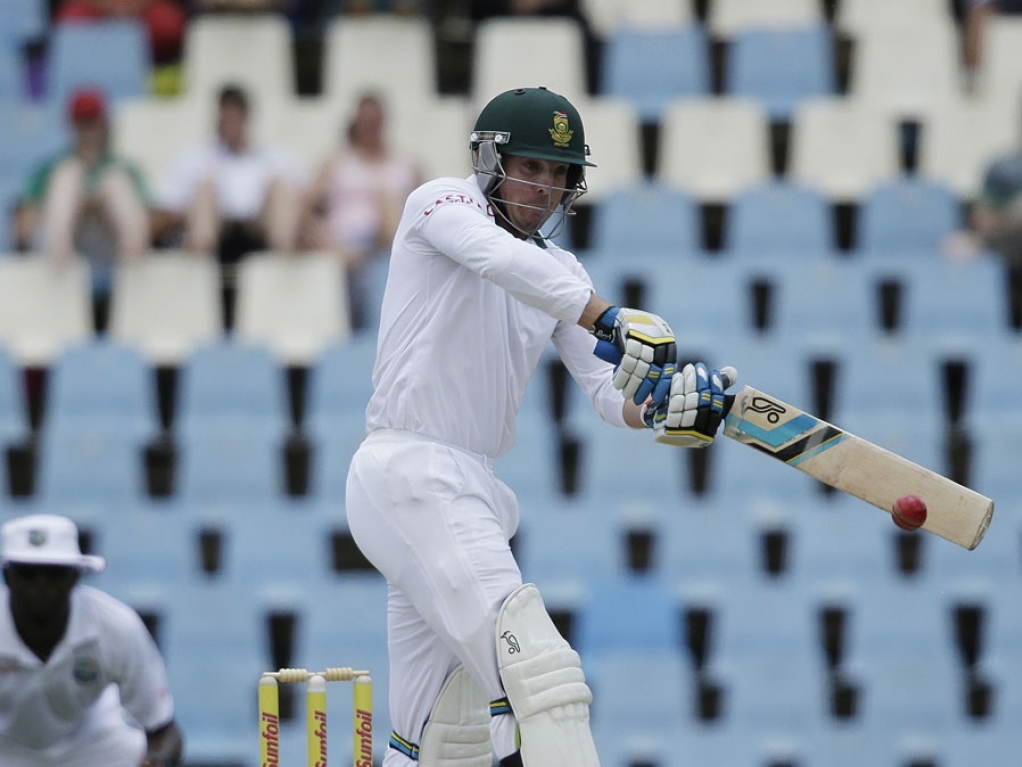 Waiting is the hardest part, and Stiaan van Zyl has done a lot of it.

Van Zyl is unlike a lot of Test debutants. He is 27 years old and has already played 96 first-class matches, with a healthy average of 45 as a top-order batsman. Having made his debut in 2006 as a 19-year-old, he has had to wait eight long years to don the South African colours as a Test batsman.

It was four years after his first-class debut that Van Zyl got a call-up to the South Africa A team to tour of Bangladesh and Sri Lanka, having averaged 58 in that season. After touring with the South Africa Test side to Sri Lanka and Zimbabwe in the winter of 2014 without getting a game, he finally got a look-in, at home against the West Indies, in place of the injured JP Duminy.

Certainly, Van Zyl is used to waiting. However, even he couldn’t have expected the kind of wait he would have to endure with the pads on for his maiden Test innings.

West Indies won the toss and elected to bowl first under dark and cloudy skies. The openers made a mockery of the challenging conditions as they got off to a flier, aided in large by the inaccurate West Indian bowlers. It was only after Kemar Roach was introduced into the attack that there was a semblance of control to proceedings.

Van Zyl’s nerves on debut must have been assuaged a bit watching the openers make easy work and rattle off 50 in no time. Perhaps he imagined a scenario when he would walk in with the score at 400 for four, the pitch and the bowlers both flattened. But then, within the space of 15 balls, South Africa went from 57 without loss to 57 for three.

Professional sportsmen are wont to say that they would rather be on the field and get on with things, rather than sit on their rear and wait. Surely, with this sudden turn in fortunes, Van Zyl must have thought his turn to bat for the first time in whites for his country, finally realising a childhood dream, was only a few moments away.

Little did he know that he would have to wait 83.2 overs and 308 runs to finally step out onto the turf. Hashim Amla and AB de Villiers, two of the finest batsmen in the world, put together the highest fourth wicket partnership for South Africa in Tests, saving the blushes and Van Zyl a baptism by fire. Only Inzamam-ul-Haq and Van Zyl’s fellow countryman Ossie Dawson have had to wait longer on debut with partnerships of 322 runs and 319 runs, respectively, preceding their innings.

Even with the score at a very comfortable 365 for four, the bright sun quickening the pitch, and West Indies missing their main strike bowler Kemar Roach (foot injury) and skipper Amla for company, Van Zyl showed early nerves. His footwork was iffy and indecisive. The fans in Centurion gave him a generous ovation, when he finally got off the mark with a whipped single to square-leg. He was dropped on two when Kragg Brathwaite couldn’t hold onto a sharp chance at short-leg off Sulieman Benn, but, as the saying goes, good things come to those who wait.

Van Zyl soon hit his stride, unfurling the gorgeous cover drives he is known for. He took on the spinners and pacers with equal aplomb, punishing anything inaccurate. From two runs off 20 balls, he rattled off the next 48 runs in just 54 deliveries to register his maiden Test half-century. When the 100-run partnership with Amla had been raised, Van Zyl had contributed 59 – opposed to Amla’s 40.

A crescendo of expectant applause portended his century and he duly obliged when a rasping square cut was misfielded at point. 15 boundaries studded his maiden ton, making him only the fifth South African batsman to score a century on debut and the first to do it in front of the adoring home fans. Arms aloft, he soaked in the cheers from the crowd and his team-mates. His helmet was off and his bat raised as the roar from the crowd washed over him. Finally, the applause tapered off. The West Indian players applauded their young opponent and went back to their positions, Benn was on top of his mark to bowl again, the umpires were on the ready. But now, it was the world’s turn to wait on Van Zyl, the man who had waited all his life for this moment.