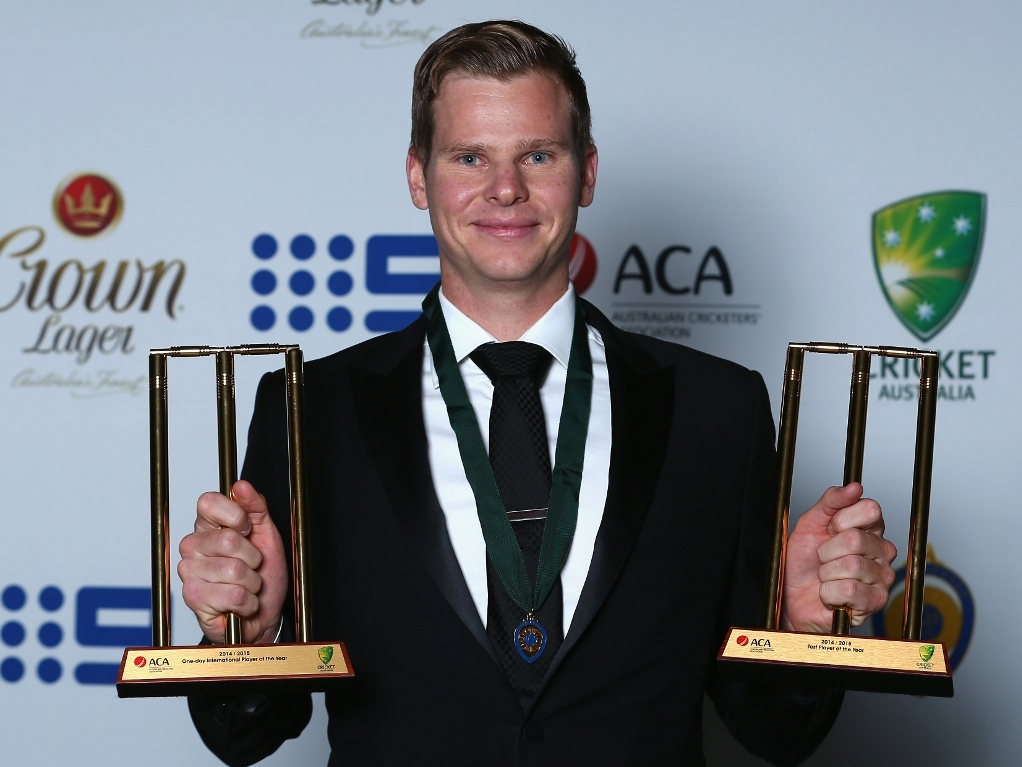 Australia batsman and stand-in captain Steve Smith capped off an outstanding Australian summer by sweeping the awards at the Australia cricket awards ceremony in Sydney on Tuesday.

It was the 25 year-old's first time he received the Allan Border medal, and joins elite company in winning the medal such as former players Ricky Ponting, Steve Waugh and current national captain Michael Clarke.

Opening batsman David Warner ran Smith a close second for the prestigious medal, but it was his ODI from that tipped the scales in Smith's favour.

Smith has also struck three ODI centuries in the past four months and that was the key, as he cemented his place as Australia's best player during the last year.

Meg Lanning took home the Belinda Clarke award, which recognises the best female cricketer in the country for the past year.