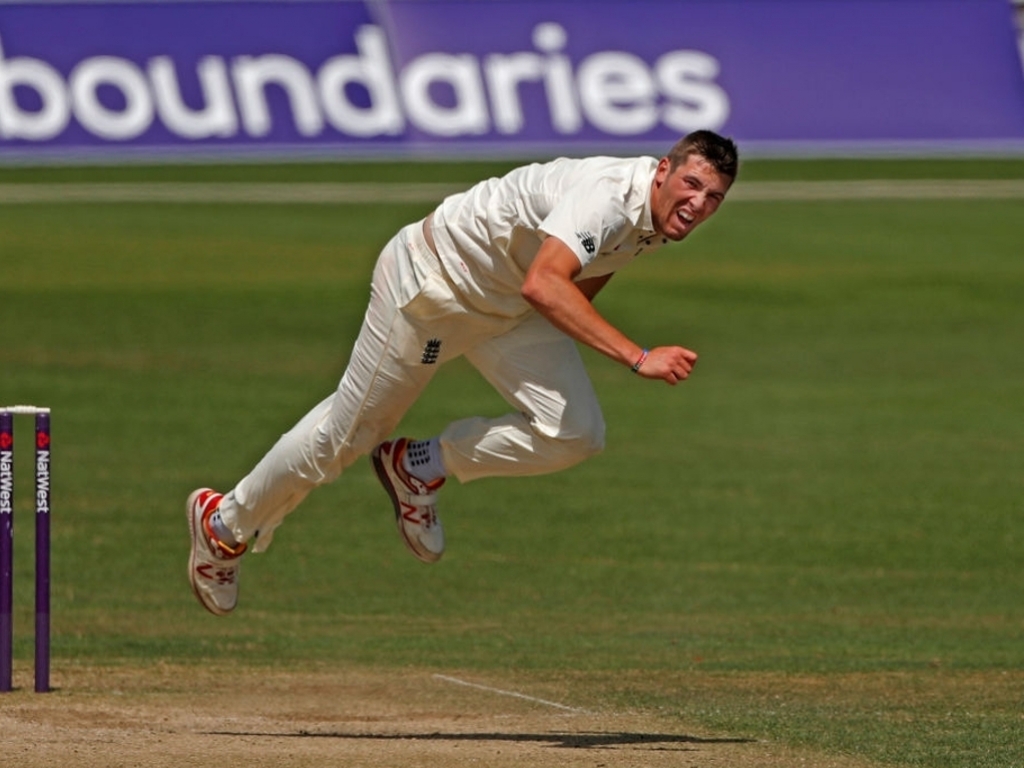 Jamie Overton took three wickets in five overs to leave South Africa ‘A’ in a hole by the end of day three of their one-off, four-day encounter against the England Lions in Canterbury.

The lanky fast bowler grabbed three for 22 as the visitors staggered to stumps on 29/4 after being set a victory target of 412 at The Spitfire Ground.

There was also a wicket for the other seamer Jamie Porter (1/7) as Aiden Markram (3), Heino Kuhn (5), Theunis de Bruyn (2) and Khaya Zondo (1) fell for single-figure scores in the South African second innings.

All this after the final three wickets managed to add 56 in early part of the morning session when they were dismissed for 283, a deficit of 103.

England batted with purpose and authority second time around and declared on 308/6, which were scored in a little of 60 overs.

Dane Piedt was the pick of the bowlers with three for 94, but the tourists’ batting failure second time around left a massive job on hand for the remainder of the game with Temba Bavuma (16) and Heinrich Klaasen (2) the two men facing a big morning on Saturday.