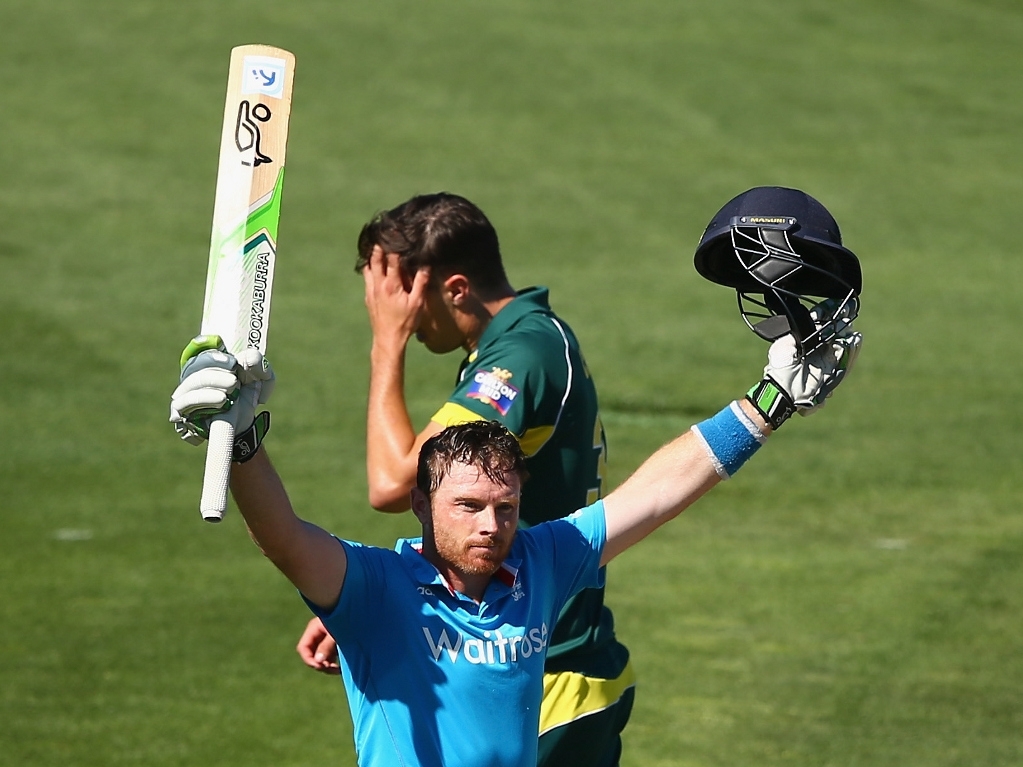 A superb century from batsman Ian Bell went in vain, as England sunk to a tight three-wicket defeat at the hands of Australia – in Friday's key tri-series ODI at the Bellerive Oval in Hobart.

Bell's commanding 141 powered the English to a formidable final total of 303 for eight, which the Aussies eventually surpassed with one delivery to spare – on the back of an authoritative 102 not out from skipper Steven Smith.

Smith, standing in as captain for the injured Michael Clarke and the suspended George Bailey, struck six fours and one six as he anchored Australia's innings until the end.

There were contributions from opener Shaun Marsh (45), Glen Maxwell (37), James Faulkner (35) and a quickfire 42 from 29 balls by wicketkeeper Brad Haddin as the home side always had the required run-rate, of more than six runs to the over, under control.

The key to Australia's win was the vital partnership of 81 between Smith and Haddin for the sixth wicket. The two came together with the hosts on 216 for five, and counter-attacked to score their runs in only 10 overs.

England will lament the fact that besides number four batsman Joe Root, who made 69, no-one other batsman sufficiently supported Bell, who opened the innings and batted until the 42nd over.

Australia have now qualified for the tri-series final with one match, against India on Monday in Sydney, to spare.