Oz highlight how far Windies have to go 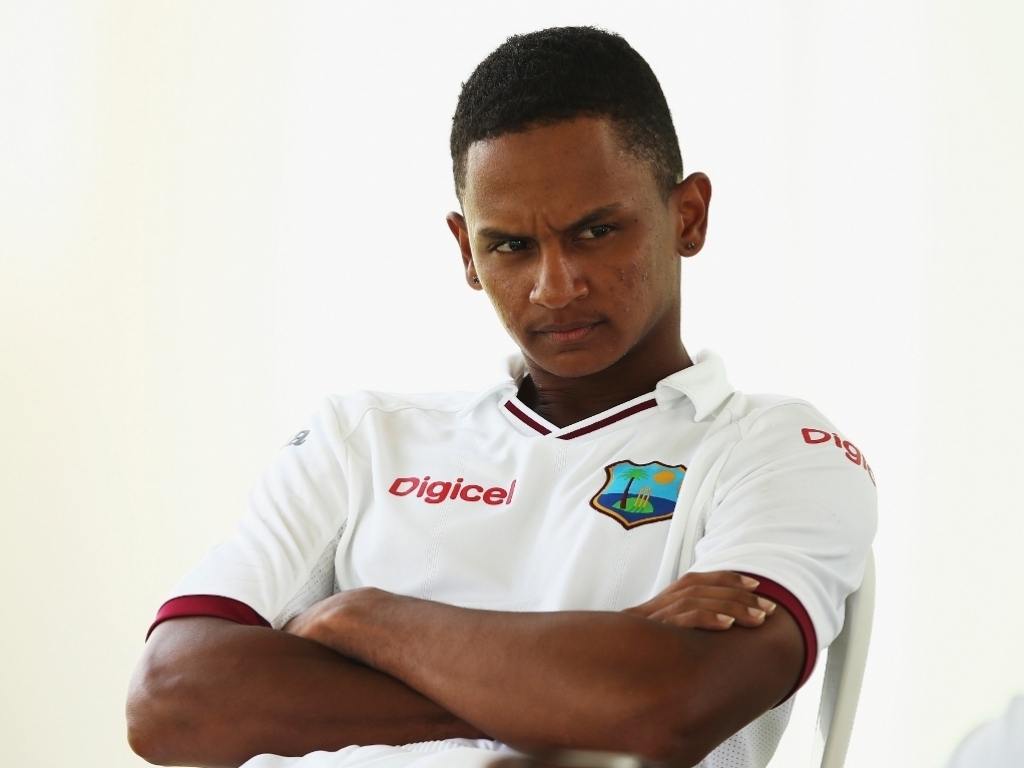 A brave and impressive innings from Shane Dowrich, Shiv Chanderpaul’s young replacement, helped give the West Indies hope of setting Australia something at which to bowl in the opening Test of this series, at Windsor Park in Dominica.

Sadly the 144-run partnership between the 23-year old Bajan (70) and the home side’s best batsman, Marlon Samuels (74), was not enough to save the home side from slipping to an all-too familiar and even ignominious defeat.

Australia are about the best side in the world and the West Indies haven't won a Test series against a top-eight team since they narrowly beat England in 2008/9, so perhaps it was overzealous of anyone to imagine that this fixture would be a real contest.

The side’s recent Test match win, and series draw, against England would have buoyed hopes but that was a against mediocre and embattled England in the Caribbean last month and this loss will be tough for the young West Indian side and management to swallow.

They perhaps realise quite how much work they have to do before they can really begin to talk about a renaissance in Windies cricket. England made for some quite friendly opposition and their recent performance shows it as they are perhaps just one Test loss from a drop to eighth in the world rankings.

The recent Chanderpaul selection fracas would have done no favours for a West Indies side whose spirits were lifted after that famous win in Barbados a few weeks ago. The publication of a Whatsapp conversation that showed coach Phil Simmons attempting to force the stalwart into retirement through non-selection was ugly to say the least.

The exchange opened a can of worms with Brian Lara – WI’s leading Test run scorer with only 87 more runs than Shiv himself – coming out in support for the Guyanese legend whose career seemed to be being so ingloriously curtailed after 21 years at the crease.

Lara described the way players are treated as 'despicable'. "It should no longer be tolerated," he told the Trinidad and Tobago Guardian. "When you look back to so many of our heroes and the manner in which they were dumped, it makes you shudder." Big words from a man who seemed to be trying to help another man to have the chance to break his own record.

Chanderpaul has been poor over the past year and he has averaged just 16 over his last two series against South Africa and England. It used to be customary to give a man like Shiv the opportunity to retire graciously on his own terms. One would expect the WICB to at least tell the batsman that this is his 'farewell series'.

But professionalism – scarce as it may be in this region – has changed things and the selectors were in no frame of mind to do anything but dump a batsman who was not just very good but was actually the only batsman that has been very good since Brian Charles Lara himself.

It was quite an ugly business. I understand that Shiv isn't the best people’s person in the side and that may have had something to do with it. He has a reputation for being selfish in his singular pursuit of run scoring but so be it.

It is not as if Lara is ever remembered as being a team player either – the West Indies was so lucky to have had these kind of greats for so long. When Chanderpaul made his debut his team was still the best in the world. With an average of over 50 and a capacity to put up with his board’s nonsense, he should have been remembered better than this.

Hindsight makes it easier to justify these things and Dowrich probably made more runs than Shiv might have done but it leaves such a bitter taste in one’s mouth.

I asked skipper Dinesh Ramdin straight after the match whether the non-selection was much of a distraction and he simply played a straight bat and commented that, "Shiv’s experience is countless but we have to move on… young Dowrich could have made a 100 and he will learn a lot from this."

When asked whether Chanderpaul could possibly get a call-up for the Kingston Test that starts on Thursday, the captain simply said that the batsman was not selected for this series. I daresay that this whole business is now the least of their worries.

Two Test series are frustratingly short but a fightback at Sabina Park would be good for the game.