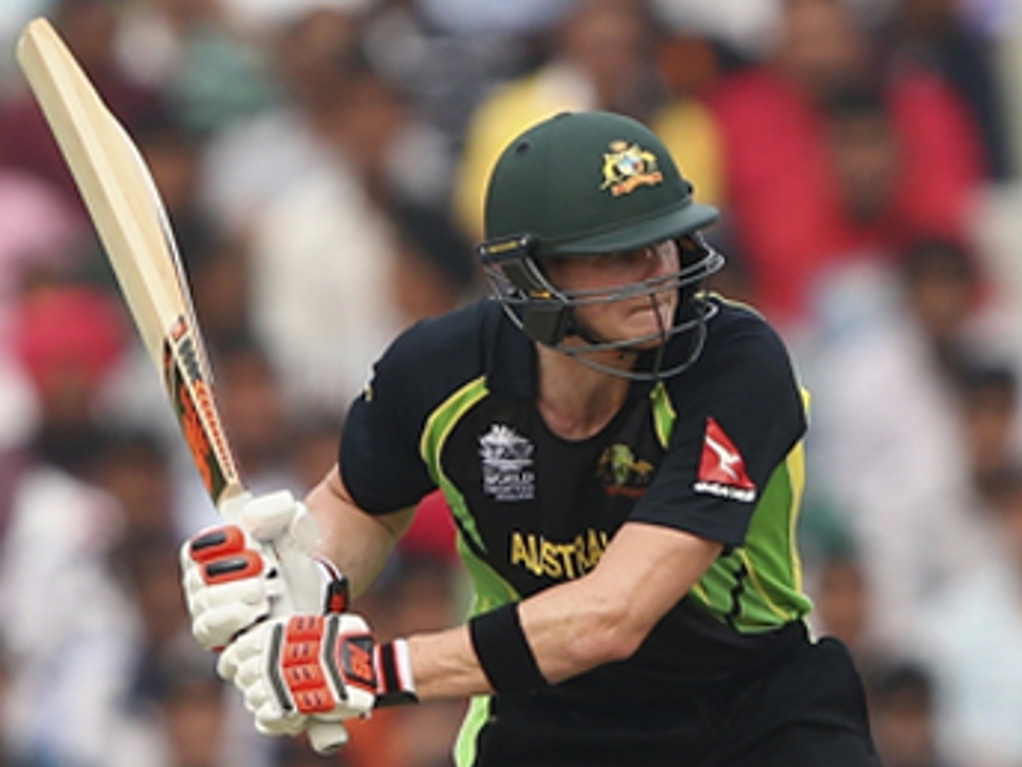 Australia's players were delighted to see skipper Steve Smith back in the runs after he scored a half century against Pakistan on Friday, with Glenn Maxwell calling the captain a 'freak'.

The reaction was prompted by a shot Smith played against Wahab Riaz, where the batsman moved away from the stumps, almost off the pitch, to smash a ball heading for off stump to the leg side for a boundary.

The Aussies won the match by 21 runs, with Smith 61 the key to their near-200 total, and Maxwell said a string of low scores was not going to keep Smith down for long.

Maxwell told cricket.com.au after play of the shot in question: "We were all absolutely losing it in the dressing room, it was hilarious to watch.

"But that's just the freak of Steve Smith. He's an absolute class act. The way he manipulates the ball around the field is incredible.

"We were all talking about it in the change rooms that he was going to try and hit it behind square, and where he ended up standing was a little bit bemusing to the rest of us.

"If he (Wahab) had have bowled it anywhere near the stumps he was gone. But that's just the class and the form he's in at the moment."

Another player pleased to see the captain scoring runs was all-rounder James Faulkner, who was himself instrumental to the win. He took five for 27, and said Smith's ability was never in question.

Faulkner said: "I think at the end of the day people see figures. Yeah he missed out the first couple of games but at the same time, every time he walks into the nets he hits the ball exactly the same.

"That's the same with Shane (Watson, who scored 44 not out), he missed out in the first couple games but he came off a hundred (against India) three games ago.

"So it's no surprise he (Smith) whacked it tonight. It's such a fickle game, T20.

"You can be in red-hot form and not score any, and at same time you can get on a real roll that is hard to stop if you're the opposition team."

Australia must beat India on Sunday to advance to the semi-finals.