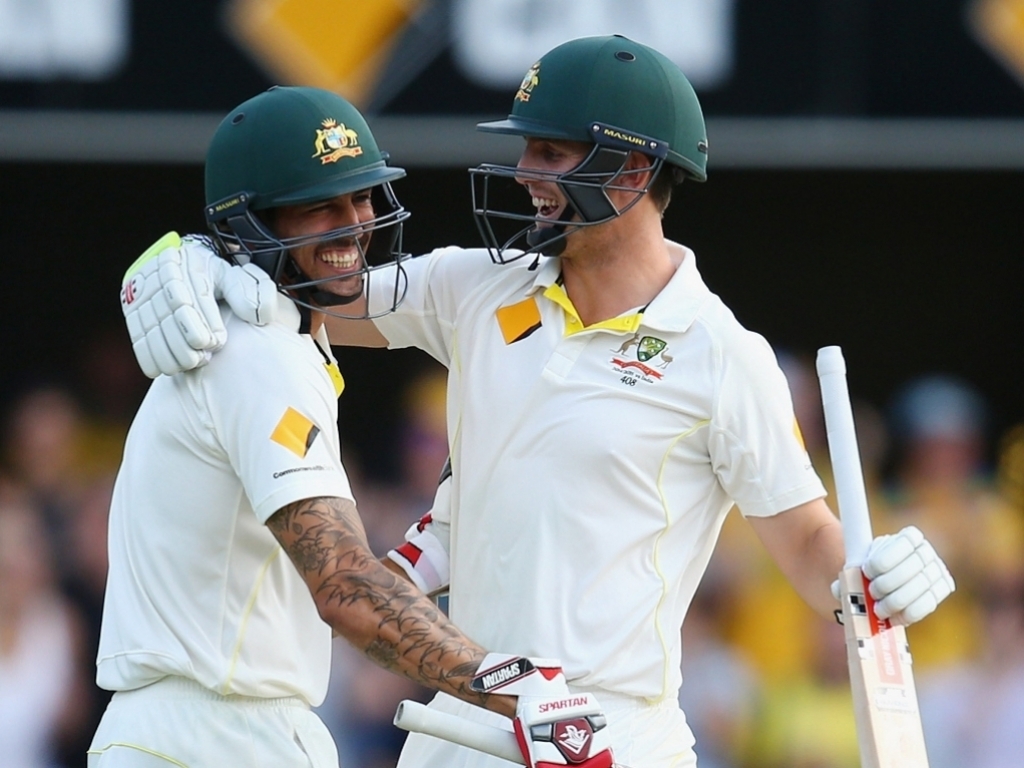 Australia fast bowler Mitchell Johnson says he and his fellow pacemen enjoy contributing to the runs at the bottom of the order, and do give their batting colleagues a bit of a ribbing if the tail wags.

Johnson is one of the more destructive number eights in the game, and he enjoys adding to the scoreboard no matter the format, and Josh Hazlewood did superbly at number 11 against the West Indies recently to rescue the side alongside Adam Voges.

This was after the top order collapsed and Devendra Bishoo took six wickets, and while the Aussies won the game inside three days, Johnson was glad to be able to tease his team-mates a bit.

Johnson said: "There is a little bit of ribbing going on, not too much. We take pride in what we do down the bottom order there. Myself personally I like to score runs when I can and I know Mitchy Starc likes to and Josh did an outstanding job.

"To have that big partnership down the bottom was outstanding. We do pride ourselves on that and we've done that very well over the last few years where other teams haven't quite being able to do it.

"There has been a little bit of ribbing going on but we've got a big Test match coming up and I'm sure they [the batsmen] will be out there to put on some big partnerships and some hundreds so I wouldn't worry about it too much."

As for Hazlewood and Starc's bowling, both of whom moved up the ICC rankings this week after good efforts with the ball, Johnson was proud to bowl alongside them, saying that getting into the side right now was a stiff challenge.

He continued: "Josh is still really new to the game and still very fresh but he's been able to go out there and play his game and do what he has done for New South Wales, and I guess do what he did as a junior.

"He's got that height, he's got a great pace about him, he can step it up when he needs to I think with his pace. But I think what he does for our team he brings a great balance.

"And Mitch Starc, I think there's been a lot of talk about how good his one day performances and Twenty20 performances have been, to be able to come into this Test match on a slow wicket a turning wicket and to be able to bowl the way he did, cleaned up the tail for us which was really exciting for me. But those two guys have been outstanding.

"We've got a lot of fast bowlers in the Australian team that have been performing for a while and it is really hard being a fast bowler in Australia right now because we do have the stocks there, and you know, it is really exciting for Australian cricket."