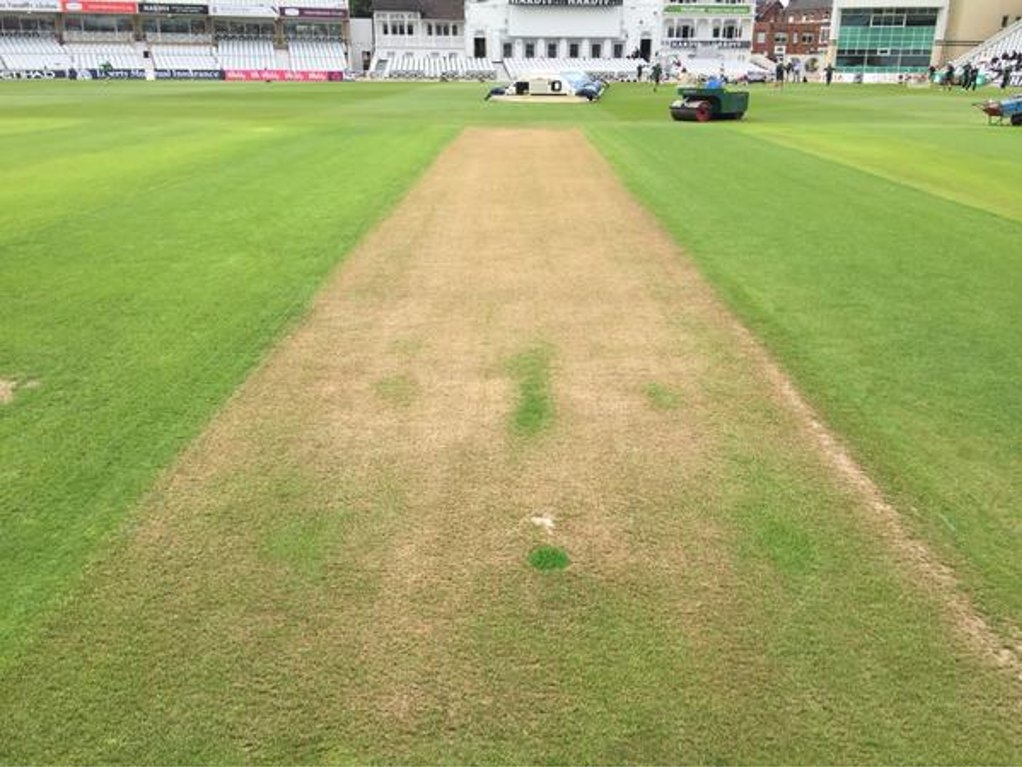 The players and coaches from both England and Australia have been keeping a close eye on the pitch at Trent Bridge ahead of the fourth Ashes Test, with conflicting reports coming from the players, but most hoping for a quick deck.

With Edgbaston producing a deck that helped the bowlers, the game over inside three days, pacemen from both sides were hoping for more of the same in Nottingham, with the pitch looking a bit greener than it did last time England played here.

Fast bowler Stuart Broad said: "I remember the India Test last year we were looking at it two or three days out and going it is ready to go now. It was so dry. I don't think it is like that.

"The groundsman has worked extremely hard. He has been in contact with the Edgbaston groundsman as well. I thought that was a fantastic pitch.

"I am sure Trent Bridge will try and emulate that."

Australia fast bowler Mitchell Johnson agreed with Broad, saying he hoped for a quick deck here: "I'd say it would be pretty similar to the last wicket.

"They did well there, so they'd probably want to prepare something similar. I'm pretty happy with that.

"The boys are saying it looks pretty hard … hopefully we get a nice, bouncy wicket here again and I'm sure you'll see a few more short balls."

But Australia spinner Nathan Lyon, a trained groundsman himself, had a different view: "There's been a bit more heat here, which is going to dry it out a tad more.

"I don't think it'll be quite as friendly as Edgbaston."