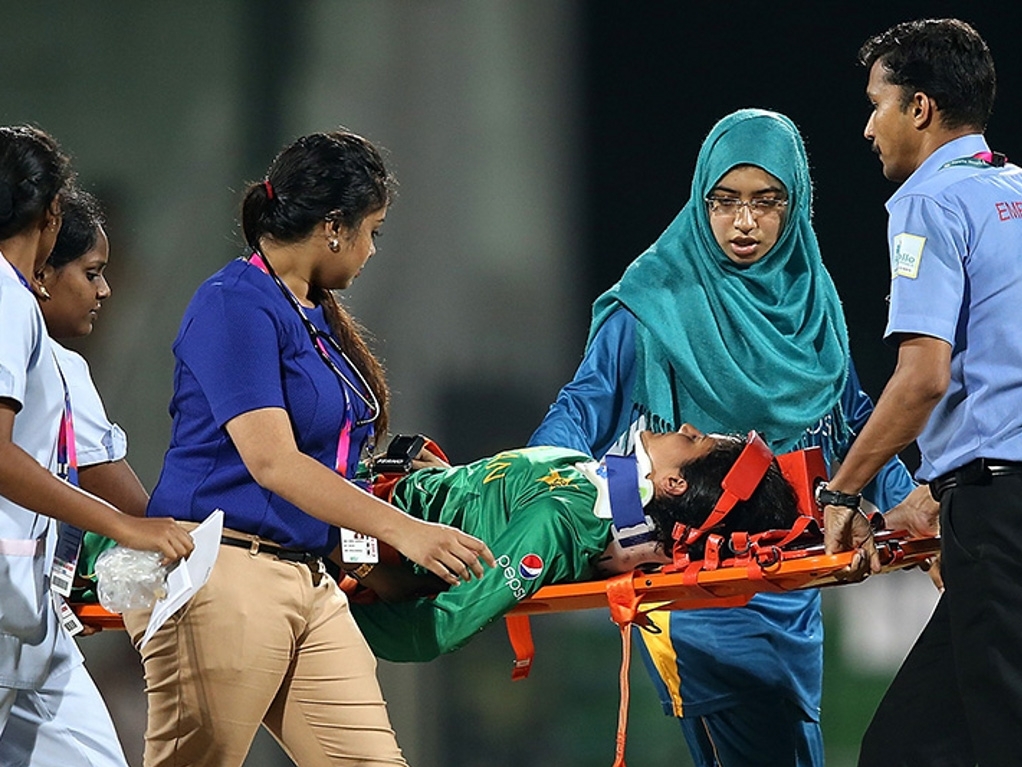 Pakistan's women's team were given a scare on Thursday when batsman Javeria Khan was struck on the back of the head by a bouncer and had to be stretchered from the field, but she was later deemed 'out of danger'.

Javeria was batting against West Indies pace bowler Shamilia Connel when she was felled by the bouncer, and opening partner Sidra Ameen quickly called for the medics as memories of Phillip Hughes flashed through the minds.

Javeria was stabilised on the field and then stretchered off to hospital, seemingly awake and talking to the doctor, and news later filtered through that she was not seriously hurt.

"We have heard from the medical staff that she’s stable and out of danger," a team official told The Tribune after the game.

Pakistan skipper Sana Mir said of the incident, after her side lost the match by four runs: "We have never seen a player go down to the ground.

"The dressing-room was in shock.

"We had been constantly checking on her health as the match progressed. Considering that, I'm proud of the way the girls fought until the end."

The batsman (the correct term, irrespective of gender) will be kept under observation for 24 hours, and will not travel with the team to Delhi for their next match.