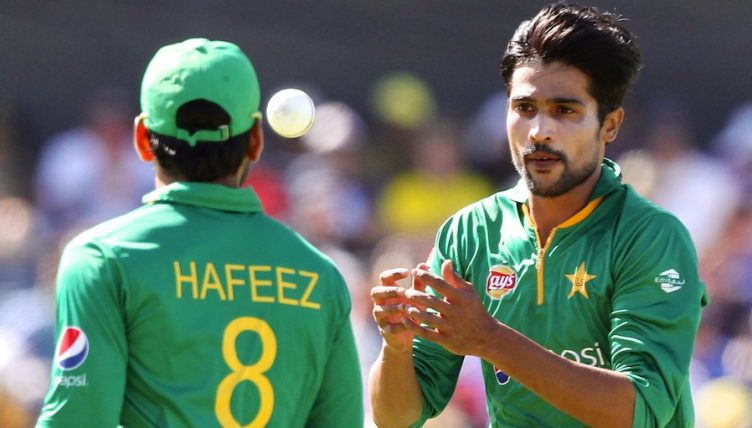 Pakistan have confirmed that fast bowler Mohammad Amir has made their final 15-man squad for the World Cup in England this summer.

The Green Shirts’ pace attack struggled on the whole during their recent 4-0 series defeat to England, meaning Amir was always likely to make the final cut.

Amir missed the last World Cup while he was serving a ban for spot-fixing, and he is joined by another left-arm seamer in Wahab Riaz – who has not actually played in an ODI since back in June 2017.

Those are two of three changes from the provisional World Cup squad, and it comes off the back of a 4-0 ODI series defeat to England.

Batsman Asif Ali has been included as the final change, and he featured in all matches against England – making scores of 51, 52, 17 and 22 through four innings.

Pakistan start their World Cup campaign against the West Indies on May 31, and will be hoping to hit a similar surprise vein of form to the one that saw them lift the Champions Trophy on English soil two years ago.

Chief selector Inzamam-ul-Haq explained the decisions: “Wahab’s ability to reverse swing the ball got him selected.

“Nobody expected the pitches in the UK will play flat even in the early season there. So we have realised that and reviewed our selection.”