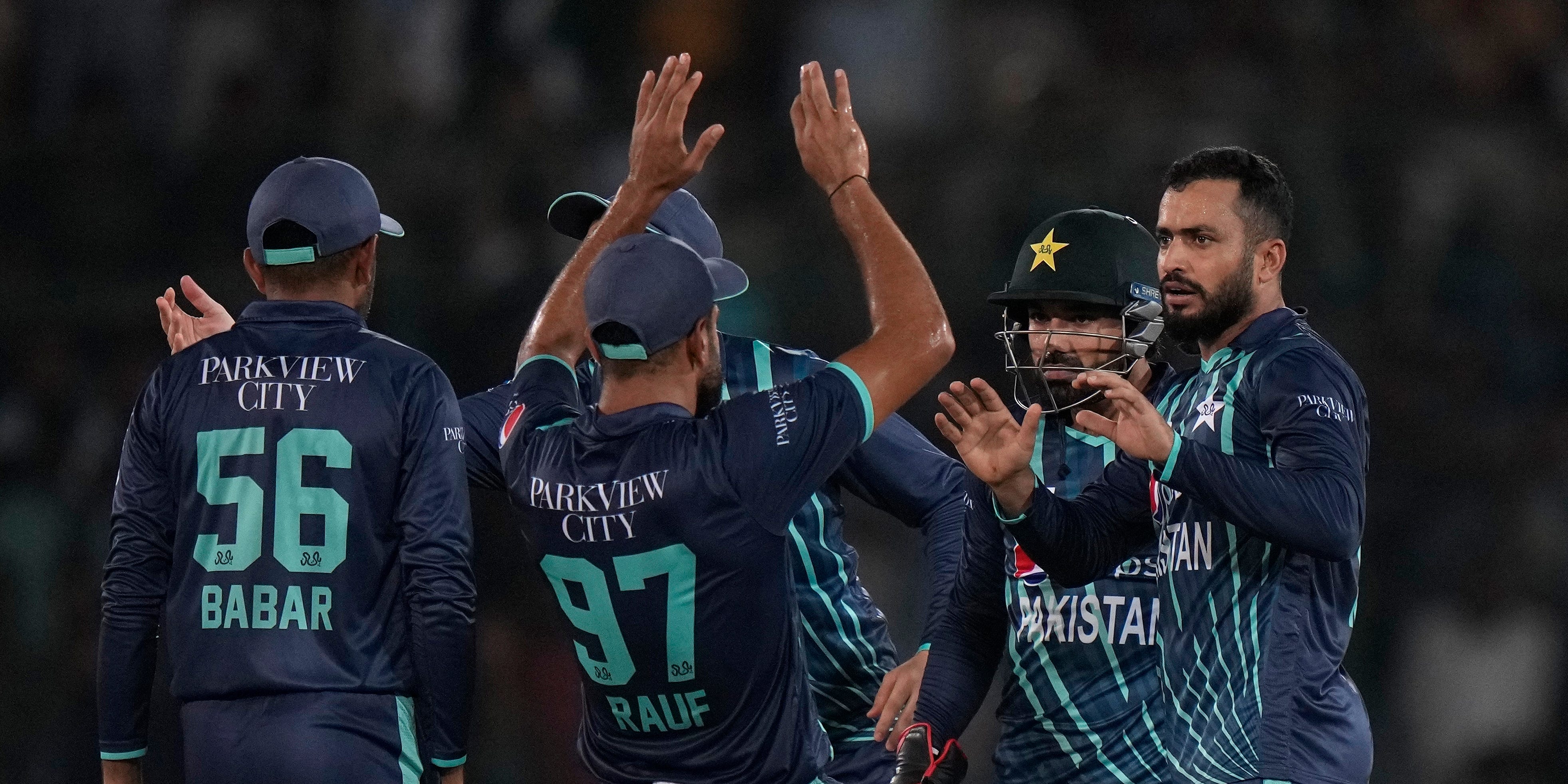 England came out on the wrong side of a rollercoaster finish as Pakistan squared the Twenty20 series with a thrilling three-run win in the fourth match in Karachi.

The tourists were in the process of messing up their pursuit of a modest target of 167 when Liam Dawson made a brilliant late intervention to make them firm favourites.

Coming in at number eight with a top score of just 10 in T20 internationals, he blasted 24 off Mohammad Hasnain in the 18th over to leave just nine required off 12 balls.

But it was Haris Rauf’s turn to flip things on their head, having Dawson caught for 34 with five still needed then smashing debutant Olly Stone’s off stump for a golden duck.

England had just one wicket left to get over the line and lost their cool, Adil Rashid and Reece Topley setting off for a crazy single that left the latter run out, the game over and the series tied at 2-2.