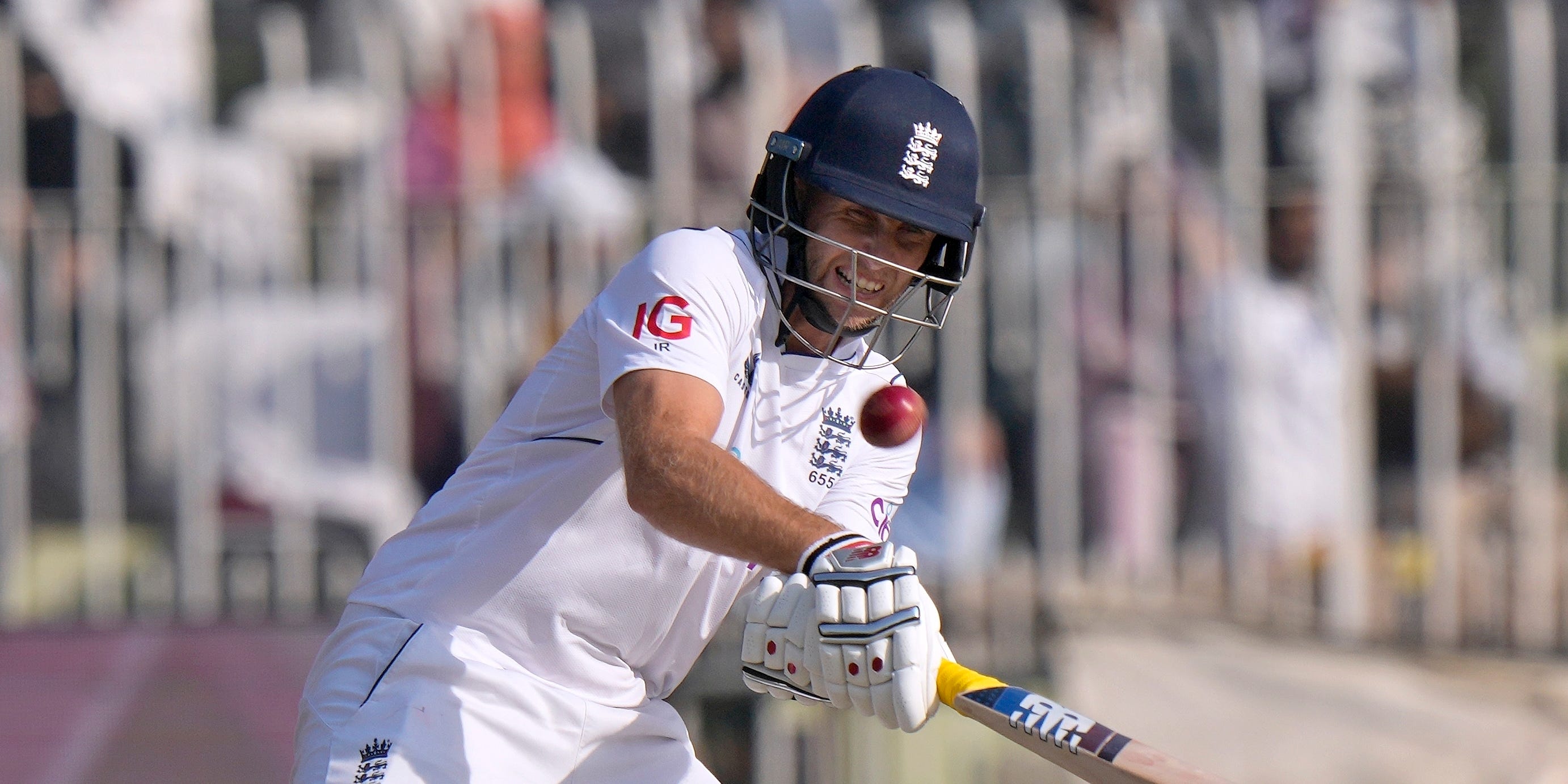 England set Pakistan 343 to win in the final four sessions of play after hitting 264 for seven in impressively quick time in their second innings on day four of the first Test at Rawalpindi.

The tourists had previously stressed their desire to entertain and continued to do so in the afternoon session as they tried all the tricks to pile on runs as quickly as possible to give themselves the best chance to secure a victory in the match.

Pakistan were bowled out for 579 in the morning of day four, before England scored an inconceivable 264 runs in just 35 overs, at a run rate of more than 7.5 in their second innings.

Joe Root even briefly switched to batting left-handed for two balls during his innings in an attempt to disrupt the bowler, but was almost caught at conventional point-turned-square leg before reverting to his usual stance.

Root then departed shortly afterwards at short third trying to reverse sweep for 73 from 68, with captain Ben Stokes also dismissed in the same over to the delight of the home crowd.

However Harry Brook continued after Root’s wicket, bringing up his second half century of the game, and threatening to beat Gilbert Jessop’s 120-year-old record for the fastest-ever century – 76 balls – by an England player in Test matches.

Brook was on 87 from 65 when he was bowled trying to score another boundary by Naseem Shah, who was the pick of the Pakistan bowling attack.

Zak Crawley also made a half-century earlier as England showcased their expansive and attacking brand of cricket.

Will Jacks smashed 24 from 12 before departing trying to score a third successive six, when he was caught at mid off.

Earlier in the day, debutant Jacks claimed a maiden Test five-for, finishing with six wickets for 161 runs, becoming the first countryman to take five wickets in Test matches in Pakistan since Ashley Giles, at Faisalabad in November 2000.

Jacks, who had already ensured a memorable debut with the ball when he claimed the crucial scalp of Babar Azam on day three, followed it up with three more wickets on Sunday morning, becoming the first England spin bowler to take a five-for in the first innings of his debut since Peter Such in 1993.

Pakistan started the day on 499 for seven and were also free-scoring – but England took the remaining three wickets in the first hour and a half of play at a cost of 80 runs.