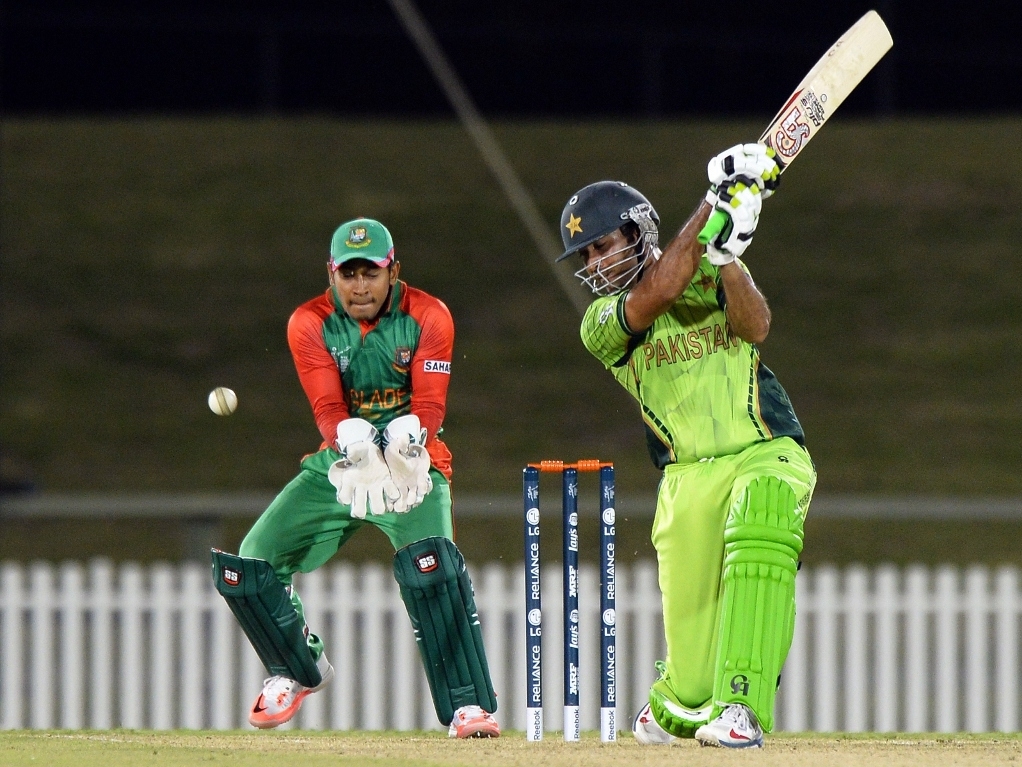 Pakistan recovered from poor start to their run-chase but eventually won a World Cup warm-up match by three wickets against Bangladesh at the pleasant surroundings of the Blacktown Olympic Park Oval in Sydney on Monday.

The 1992 champions were two wickets down with only eight runs on the board, with both openers back in the hut, as they chased down a target of 247 from 50 overs.

Pakistan should be indebted to batsman Sohaib Maqsood who, batting at number five, scored 93 not out to firstly dig the them out of a hole, then guide his team to victory.

Other contributions came from Haris Sohail (39) and Umar Akmal (39) as Pakistan scored the winning runs in the penultimate over of the match.

Earlier Bangladesh posted 246 all out, as opener Tamim Iqbal came into some form with a well-played 83. The only other major contributor with the bat was Mahmudullah batting at number four, who scored 81.

Giant Pakistan fast bowler Mohammad Irfan mopped up the Tigers' tail to finish with figures of five for 52 from 10 overs, as the bowlers got a good work-out before their opening World Cup match against rivals India in Adelaide on Sunday.

Bangladesh open their global campaign against Afghanistan at the Manuka Oval in Canberra on the 18 February.