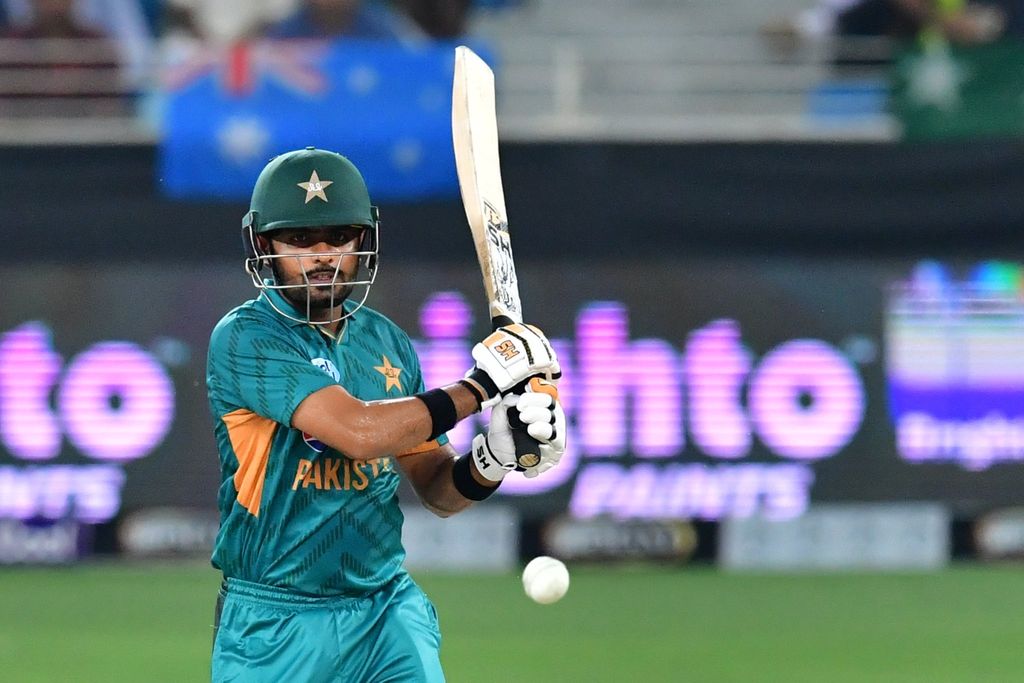 After a great showing in the ODI series Pakistan captain Babar Azam appears to have the form to power him back to the top of the T20I rankings in the series against Zimbabwe.

Babar slipped off the summit recently after England’s Dawid Malan enjoyed a brilliant home summer that powered the left-hander to the head of the ICC’s estimation of T20I batsmen.

The Pakistan captain scored 221 runs including a fine 125 in the final match of their Cricket World Cup Super League series against Zimbabwe in Rawalpindi on Tuesday.

Babar has been a familiar name at the top of the T20I batting table and is currently the only one in the top five of all three formats.

The 26-year-old who has been number one for a total of 774 days in four different stretches since January 2018 and was at the top till September this year, is only eight rating points adrift of Malan (877 rating points), who leapfrogged him during England’s 2-1 home series win over Australia.

Imad can make a charge

Similarly, all-rounder Imad Wasim would be looking to move back towards the top spot for bowlers from his current eighth position in the series. The left-arm spinner, a member of the Pakistan team that won the Under-19 Cricket World Cup in 2006, was number one for 146 days in 2017 and 2018.

There are others too in the Pakistan squad who get the opportunity to make their way back up and boost their confidence with just about a year to go for the T20 World Cup 2021 in India.

Left-handed opener Fakhar Zaman, ranked as high as second in the past, is currently in 22nd place while Mohammad Hafeez is in 42nd position with his career-best being ninth position back in 2007. Among bowlers, leg-spinner Shadab Khan would be looking to move back towards his best of second position from ninth place while Faheem Ashraf is in 32nd place but was sixth two years ago.

For Zimbabwe, Sean Williams is their principal player from the rankings perspective. He is ranked 54th among batters and 45th among bowlers but has held better positions in the past. He has been a prominent all-rounder in the format who was ranked second earlier this year and is currently third.

Brendan Taylor (76th), who was in fine form in the preceding ODI series and scored a century in the first match, has had a career-high ranking of sixth while Elton Chigumbura is ranked 96th but his career graph reflects a high of 26th.

Pakistan would also be working at moving back towards the top ranking in the T20I Team Rankings, currently led by Australia with 275 points. England (271), India (266) and Pakistan (261) follow in that order. Zimbabwe are in 11th position with 191 points.