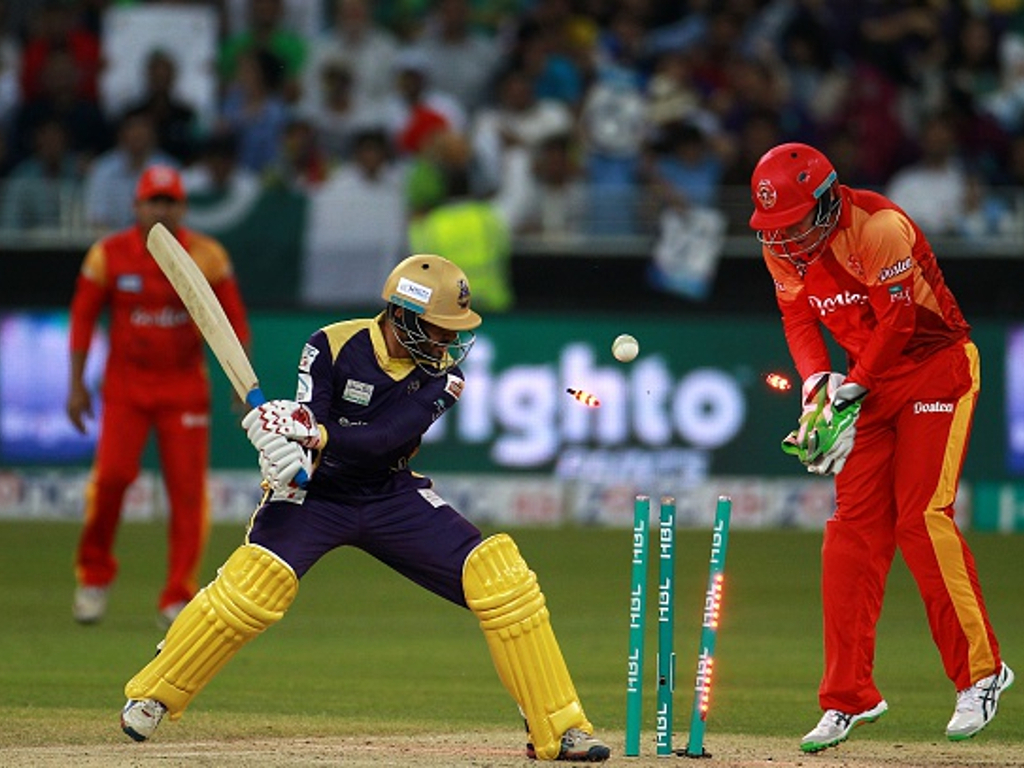 The second annual Pakistan Super League brought to you by StarSat looks set to be a Twenty20 extravaganza to remember with plenty of big names set to turn out.

The PSL, 20/20, consists of 5 teams, Islamabad United, Karachi Kings, Peshawar Zalmi, Quetta Gladiators and Lahore Qalandars who will take each other on in the Pakistan Super League, which will be broadcast live on StarSat, Sports Premium, channel 246, from the 9th February to the 7th March.

The games will largely be played in the UAE, although there are plans to stage the final in Lahore subject to security clearances.

The reigning champions Islamabad United, led by Pakistan Test skipper Misbah-ul-Haq, will have to do without West Indies star Andre Russell after he was hit with a one-year ban for missing a drugs test but they will still have plenty of star power with Shane Watson, Sam Billings and Dwayne Smith in their squad.

Islamabad United have the oldest squad in the tournament but you would underestimate these ‘old dogs’ at your peril.

The Lahore Qalanders finished dead last in the inaugural PSL but are eager to turn things around this campaign as evidenced by the 14 changes they have made to their squad.

The Karachi Kings will be able to call on arguably one of the all-time T20 greats in the shape of big-hitting Chris Gayle, who will no doubt be looking to smash a ton in this tournament which to date is the only event he hasn’t scored a hundred in.

The Kings have plenty of firepower to back up the big gun with Sri Lanka legends Kumar Sangakkara and Mahela Jayawardene joining forces once again.

Peshawar Zalmi were tactically inept in the latter stages of last year’s competition under former captain Shahid but this year fans can look forward to World T20 winning skipper Darren Sammy leading the squad with the star batsman of that tournament Marlon Samuels joining his compatriot.

Zalmi may have a problem should they reach the final with England skipper Morgan and teammate Chris Jordan as well as the Bangladesh duo of Tamim Iqbal and Shakib-al-Hasan not available for the latter stages of this event due to international commitments.

Zalmi will be able to call on some of Pakistan’s best players in the form of Afridi, Mohammad Hafeez, Kamran Akmal and Wahab Riaz.

The Quetta Gladiators were the surprise package of last season finishing as the tournaments runners up in a campaign that put their home base on the map.

Sri Lankan allrounder Thisara Perera will give the Gladiators another option as a fnisher and he has proved to be a handy bowler in the game’s shortest format.

It will be interesting to see if the express pace of England paceman Tymal Mills is effective on the typically dull pitches in the UAE.

The squad will be led by Pakistan T20 skipper Sarfraz Ahmed, who has been tipped to become the ODI skipper as well. 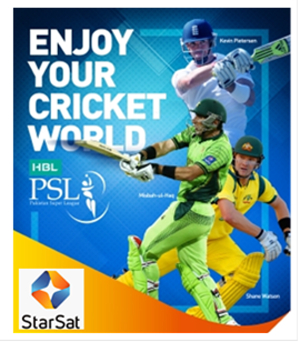 StarSat invite you to join them for this exciting, spectacular and unforgettable experience.

StarSat is the brand that replaced TopTV and was officially launched on 31 October 2013, by On Digital Media (Pty) Ltd. StarTimes has a 20% stake in ODM. StarTimes is the worldwide technology company, established in 1988 in China, and has licences and registered companies in 10 other African nations. For more information, visit: www.starsat.co.za