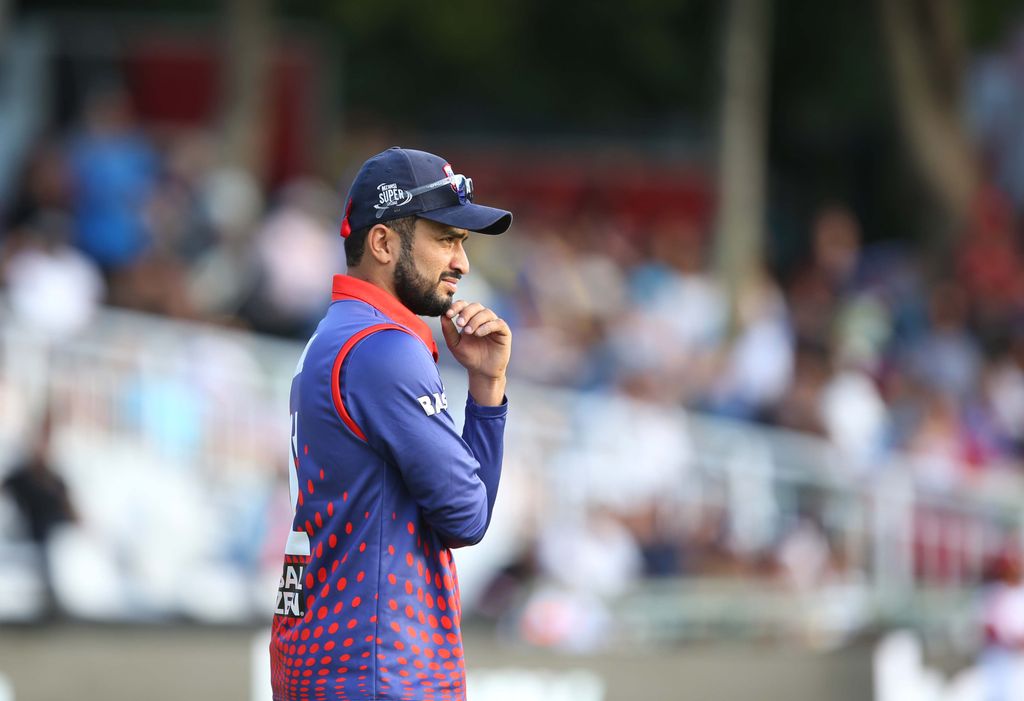 Cape Town Blitz allrounder Muhammad Nawaz is excited at the prospect of playing the Mzansi Super League (MSL) final in front of his family at Newlands on Sunday.

The Pakistan international married a Capetonian in February this year and has enjoyed the fact that he could represent the Blitz in the MSL while also living at home with his family.

He has also played an important role in helping his team into the showpiece game and hopes to play in front of another bumper crowd at the picturesque venue on Sunday.

Nawaz told Cricket365 at Newlands: “I think the first edition of the Mzansi Super League has been very good, as expected, and I’m looking forward to the final.

“I am very excited, especially the way the crowd has been coming to Newlands to cheer us on. I’m sure it will be another good atmosphere on Sunday.

“It feels like I am playing at home because I am staying with my family and enjoying my cricket playing in front of them.”

Nawaz played a starring role in the opening game of the MSL as he struck a sparkling 59 from 37 balls to help the Blitz get their campaign off to a winning start against the AB de Villiers-led Tshwane Spartans.

He then played just one more match, a win over the Durban Heat, before jetting off to Sharjah to play in the T10 league.

The 24-year-old returned midway through the MSL tournament and has become an important member of the Cape Town Blitz’ bowling attack, going at an economy rate of just 6.47 runs per over with his left-arm spinners.

He certainly hopes his time playing against the likes of De Villiers and sharing a dressing room with Dale Steyn will help him grow in his own game as he wants to add to his 3 Tests, 14 ODIs and 16 T20Is for Pakistan. 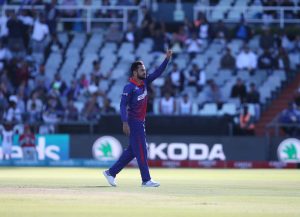 Reflecting on his personal performances in South Africa so far, Nawaz said: “I think I have had a good tournament personally.

“I came from the UAE where conditions are very different so I think I have adapted well and I have one more push for the final and hopefully it will go well for myself and the team.

“The quality has been very good in the tournament. We know that South African players play quality cricket.

“When you play against legends like AB de Villiers and Hashim Amla, they are role models to a lot of youngsters. I am sharing a dressing room with a legend like Dale Steyn, so it has been good quality.

“It is good environment for me as well, to learn from these legends. I have taken some good things that I have learnt and will try to take it forward in my career.”

Coincidently, Pakistan arrived in South Africa on Friday for a full tour that will see them play three Tests, five ODIs and three T20Is.

Nawaz said Pakistan coach Mickey Arthur has been in touch with him during the MSL tournament and it will come as no surprise if he is selected to play against the Proteas in either of the limited-overs formats.

“I think the Pakistan team is a very good side and it will be a very good contest against South Africa in the upcoming series,” Nawaz said.

“I’m trying best to get back into the national side. Doing lots of work, in the gym and on the ground and I hope that I will be back in the Pakistan team very soon.”