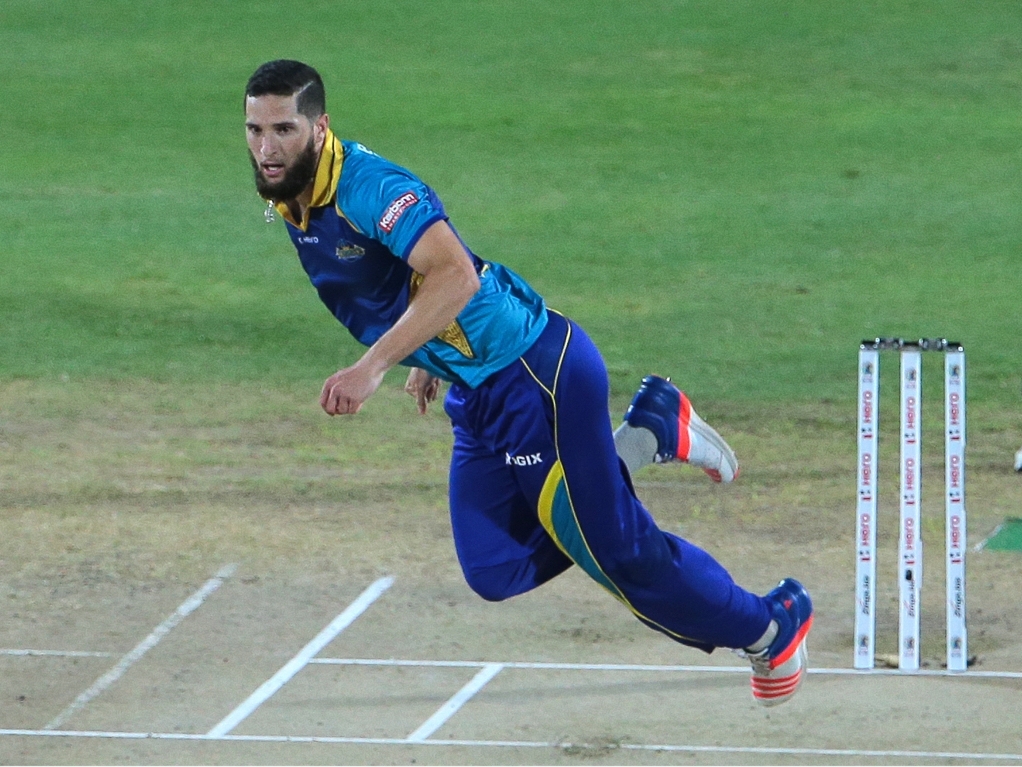 Barbados Tridents fast bowler, Wayne Parnell, has started the Caribbean Premier League strongly, but having lost and then won their opening two games, the South African is determined to kick on as his side begin the home leg of their campaign at the Kensington Oval against Jamaica Tallawahs on Monday.

Parnell, 26, has contributed with bat and ball in this year’s opening salvos, chipping in with scores of 16 not out and 16 last time out after being elevated to accelerate the PowerPlay at number three, in the seven-wicket victory over St. Kitts & Nevis Patriots.

He also displayed great control with the ball in the first innings, claiming 2 for 22, including the prize wickets of Lendl Simmons, and Faf du Plessis at the top of the order.

As half-centuries from Pakistan’s Shoaib Malik (54) and Man of the Match AB de Villiers (63 not out) guided the Tridents to their first victory of this year’s campaign, incidentally in the ground where they lifted the title back in 2014.

In an interview with cplt20.com Parnell explained that it was a role, and responsibility, which he relished: “That’s the sort of way that I’ve played my cricket since I started.

"I’ve done it a few times back home where I’ve opened the batting and managed to score some runs. In the opening six (overs) a little bit of impetus was needed.

"I didn’t manage to get it up to the strike-rate that I wanted to, but obviously wherever I’m needed for the team, that’s the most important function for me.

“With all of the travel and stop-overs and that, it’s crucial for myself as a fast bowler, that I look after my body. So when we’ve had time off I’ve spent time with our physio just stretching out and stuff like that, because sitting on small planes tightens you up a little bit.

"But, it’s really nice playing here with these bunch of guys from all over the world. We are fortunate enough that we’ve got four South Africans (including de Villiers, David Wiese and Robin Peterson) in our squad and a guy from Pakistan (Malik), so we’re very fortunate.”

The experienced all-rounder, who averages 34.66 with the bat and has taken 38 wickets in 35 T20 Internationals to date, is excited about playing in front of a passionate Barbados public and says that the squad are motivated to perform strongly as they prepare to welcome a strong Jamaica Tallawahs squad on Monday night.

“Every single time is dangerous. Obviously they all have a different skill-set. With Guyana, their batting up front is something that they’ve tried to use as a strength. The same thing with Jamaica.

"Obviously Chris Gayle is a major factor. Kumar (Sangakkara) coming in is a very experienced cricketer and he paces the innings. So, for us, getting back home is the first step and getting familiar with our surroundings again.

“For me, the really exciting thing is that we haven’t played our best cricket and we managed to win (against the Patriots). So, going to Barbados now for these next few games is going to be crucial for us because we’re in our home ground.

"We obviously want to put in some good performances for our crowd and I’m really looking forward to playing in front of our home crowd.

“I was fortunate enough to play against the West Indies there (Kensington Oval) for South Africa and it’s a beautiful stadium, and a beautiful island as well. We want to get out there and give the crowd what they deserve.”