Pat Cummins to consult with Tim Paine over Ashes advice 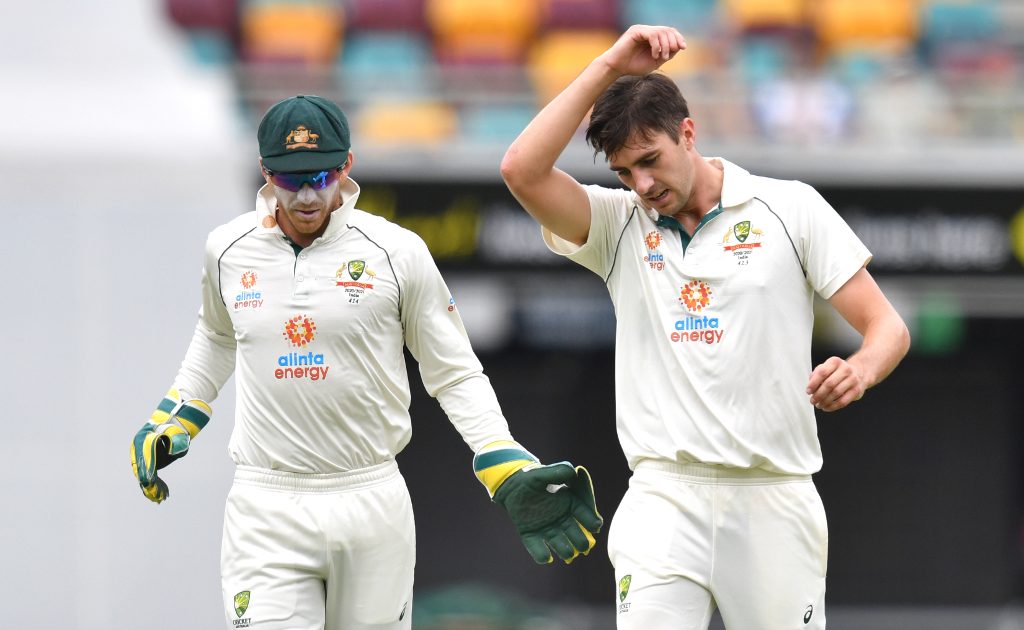 Ahead of making his debut as Australia’s new Test captain, Pat Cummins has revealed how he is going to turn to his predecessor Tim Paine for some last-minute advice.

Although he remains in the world’s top-ranked bowler’s thoughts ahead of the start of the first Test in Brisbane on Wednesday.

“It’s been good to chat. He still obviously wishes he was up here and part of it all but he needs to be home,” Cummins said of his relationship with Paine.

“Had some good chats.

“I’ll probably give him another call this arvo and keep leaning on him for different ideas and on how to work with our players.

“He’s got great experience, great guy, keep learning off him.”

Cummins has been earmarked as a potential captain ever since making his debut as a precocious teenager against South Africa a decade ago.

During that time, he has had the opportunity under captains like Ricky Ponting and Michael Clarke in his formative years.

He also drew inspiration from Steve Waugh’s mentorship during the 2019 Ashes, while being Aaron Finch’s deputy in white-ball cricket.

“Steve Waugh was with us in the Ashes last time. He was great. How simple he kept things,” Cummins continued.

“There’s so much noise and things going on and data and things to get caught up with especially us cricket lovers, I think the way he just distilled it down and kept it really simple was great.

“Michael Clarke made me feel 10 feet tall when I walked out to ball, even if I didn’t feel like I was super confident.

Cummins admitted he expects to only really feel like the captain when he walks out with his counterpart Joe Root for the toss, but he will still rely on Smith’s experience as former captain.

Particularly so when performing his duties as the leader of Australia’s attack against their old rivals.

“I’ll be having the final say as captain but I’ll be looking to him for ideas at times,” he said.

“In terms of, at times, handing it over to Steve, I think that’ll become clear if I need to.

“Not saying I’ll always be doing that or I need to do that all the time but there’ll be times where it’s hot or I need a rest and I’ll have no problem handing over to him.”