Home Countries Australia Patience a virtue for Oz in SL

Patience a virtue for Oz in SL 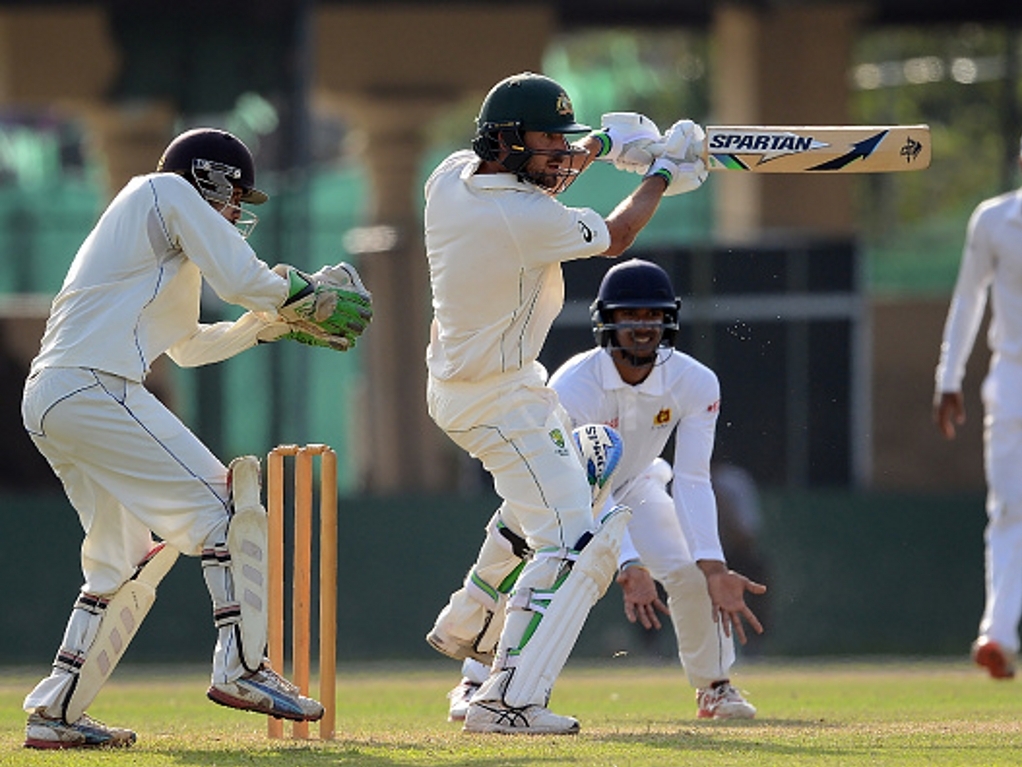 Australia opener, Joe Burns, believes patience will be critical if Australia are to achieve success on the subcontinent.

Burns is in the squad currently touring Sri Lanka, and managed 72 off 132, as Australia soundly beat a Sri Lanka XI in a warm up match ahead of the Test series.

Australia only managed to score at 3.53 runs per over during the match, much slower than they are accustomed to, but Burns believes they will have to adopt a patient approach in Sri Lanka.

The opener told ESPN Cricinfo: "We've talked as a batting group about needing to be patient for long periods on the subcontinent,

"If they bowl good areas, it's tough work and slow going. You have to be committed to trying to bat all day. I guess that's one disappointing thing to come out of the day – all our batsmen spent some time at the crease but no one went on to get a big score.

"When bowlers are bowling straight, with straight fields, you hit the fielders a lot. You go long periods where you're not scoring quickly, and then you might get a few boundaries away in a cluster.

"That's generally how scoring goes on low, slow wickets with reverse swing and spin bowling. You just have to ride the waves and wait for the sets to come in."

Without the injured David Warner, Burns opened with Shaun Marsh and the pair made a quick start but soon became bogged down.

The opener urged patience and application: "You just have to be prepared to buckle in and try and go with the conditions,

"There's nothing too much you can do about it as a batter. As a batting group we're prepared for those long battles. Hopefully we can bat for extended periods of time going into the Test series."

Despite looking to play straight, Burns conceded Australia will more than likely find their runs square of the wicket: "I guess here – with the lower, slower wickets – you hit more balls than perhaps you would in Australia, especially because bowlers bowl straighter as well. I guess you want to be hitting straight, but that seems to be where the fielders are.

"Generally you probably pick up your runs quite square, even though you're trying to hit straight. There are also periods when it's reversing quite a lot, and then it will die down."

Australia won the warm up match comfortably by an innings and 162 runs but will be looking for more application from their batsman.