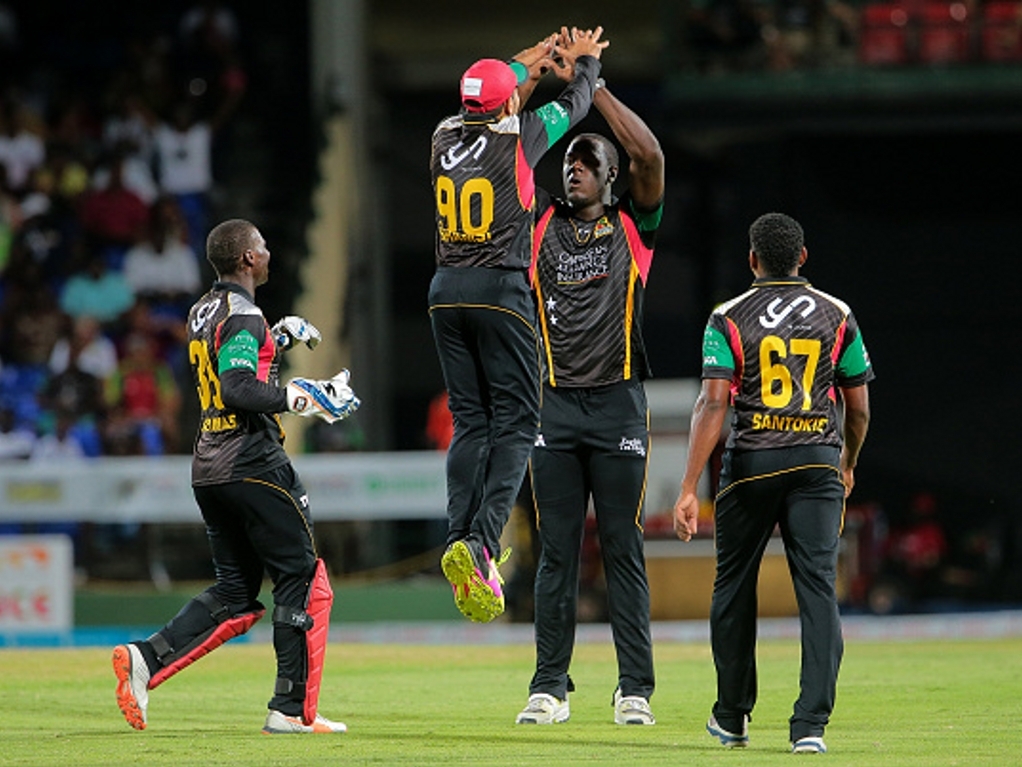 The St Kitts and Nevis Patriots proved to have too much firepower for the St Lucia Zouks to handle in their Caribbean Premier League clash at Warner Park on Sunday, comfortably winning by 58 runs.

Zouks captain, Darren Sammy, won the toss and sent the Patriots in to bat.

Patriots opening batsmen, Lendl Simmons, and Evin Lewis didn't hang about, and in the fourth over Simmons smashed young Canadian spinner, Nitish Kumar, for three sixes and one four.

Simmons made a quick fire 30 off 16 balls before his aggression proved to be his undoing as he skied a wide one from Derone Davis straight to Shane Waston at short third man.

Proteas batsman Faf Du Plessis continues to be underwhelming in the CPL, and he could only manage 9 before compatriot Morne Morkel removed him to leave the Patriots 115/2 with Lewis falling soon afterwards for a well played 73 off 36 balls as the Patriots slipped to 117/3.

Devon Thomas would rally the middle and lower order around him, and help steer the patriots towards the 200 mark, when he fell in the final over the patriots had reached 199 for 6 and would go on to record a total of 203 for 7.

Watson was the pick of the bowlers taking 3 for 36 from his four overs.

The Zouks chase got off to a good start with Johnson Charles, and Watson smashing an opening partnership of 90, before Charles succumbed to a flat short ball from leggie, Samuel Badree.

Badree would remove Watson in his next over with the Australian looking to clear the fence, but not quite getting to the pitch of the delivery, and ultimately holing out.

Andre Fletcher and South Africa batsman David Miller went cheaply to leave the Zouks struggling at 112 for four in the 16th over.

Senior batsman, Mike Hussey, couldn't keep the tempo up and the innings would fall flat, by the time Sammy was caught behind for 19 in the final over the contest was already over.

Badree's 2 for 22 would stand as the best performance by a Patriots bowler in this contest while Shane Watson top scored for the Zouks with his 55.

Patriot's Evin Lewis was named man of the match for his 73 off 36 balls.

Next up for the Patriots will be a clash against the Barbados Tridents on Tuesday at Warner Park while the Zouks enjoy a nine day break before they take on the Guyana Amazon Warriors in Providence on July 12.