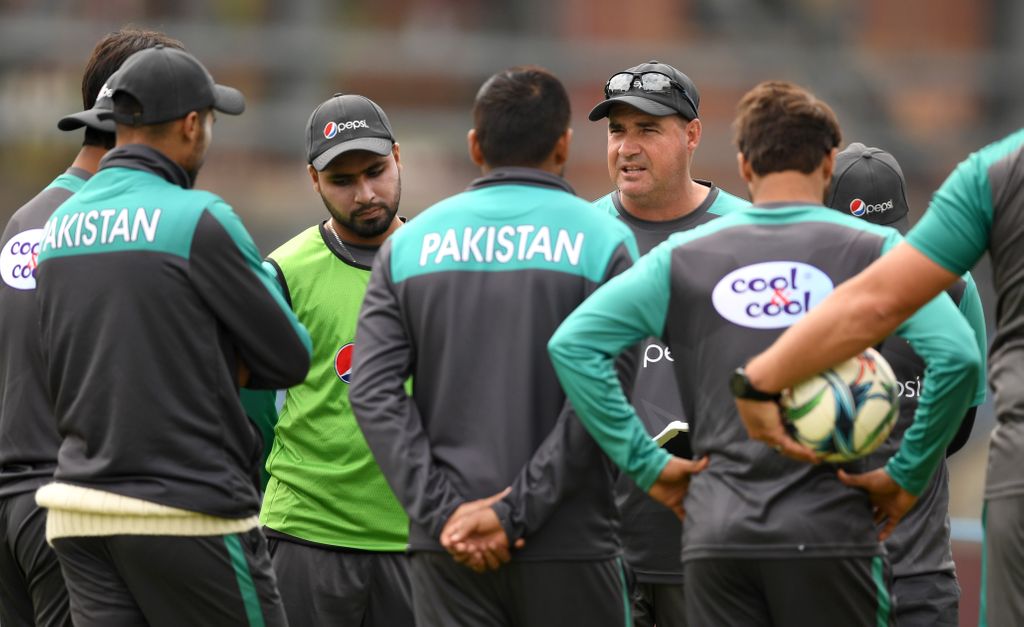 The Pakistan Cricket Board (PCB) has denied reports that coach Mickey Arthur had heated exchanges with some of his senior players on the second day of the first Test against the Proteas in Centurion.

Reports had suggested that Arthur had a go at the experienced batsmen in his team including Asad Shafiq, Azhar Ali and captain Sarfraz Ahmed after Pakistan collapsed from 101/1 to 190 all out to hand the Proteas the initiative in the Test.

However the board has come out and said that Arthur had his normal briefing with the players and any reports of angry behaviour towards some players is “grossly exaggerated”.

The PCB said in a statement: “The Pakistan team management, led by manager Talat Ali, strongly refutes the baseless allegations levelled against head coach Mickey Arthur on his supposed angry behaviour’ at the end of day two of the ongoing Test match against South Africa in Centurion.

“As per the norm, Mickey held a debriefing meeting at the end of the day’s play which was held in a cordial atmosphere with inputs from team members and management as is the usual practice.

“Any speculation about coach’s angry behaviour towards the players is grossly exaggerated.

“The head coach, team management, captain and all team members are totally united with a singular aim of producing positive results.

“The team manager and rest of the management hopes that media would refrain from speculating on the matter.”

The tourists went on to lose the first Test by six wickets on Friday to go 1-0 down in the three-match series.