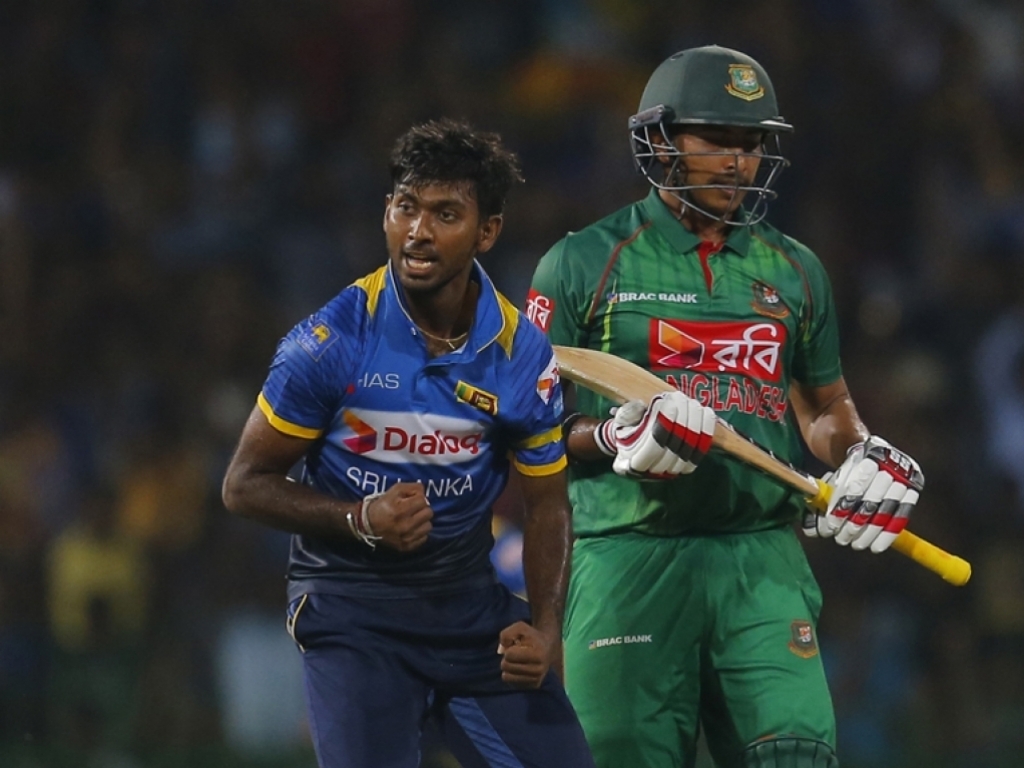 The hosts surpassed a challenging 156-run target with 10 deleveries to spare, to take an important one-nil lead in the two-match series.

Perera’s entertaining 77 featured nine fours and a six – and spanned a mere 53 deliveries. He shared a vital 65-run alliance inside seven overs alongside fellow opener Upul Tharanga – and eventually departed four balls prior to victory.

All-rounder Seekkuge Prasanna was ultimately at hand to seal the tourists’ demise, with his cavalier 22 not out requiring a mere dozen deliveries.

Fast bowler Mashrafe Mortaza, who earlier announced this T20I series will be his last, was the pick of the Bangladeshi bowlers. The veteran’s haul of two for 32 in four overs included the key dismissal of Tharanga.

Bangladesh’s choice to bat first after winning the toss was hampered by the hard-hitting Tamim Iqbal’s departure for a duck, while captain Mushfiqur Rahim only managed eight.

The visiting side’s total, in fact, would have been substantially less – had the gritty Mosaddek Hossain and all-rounder Mohammad Mahmudullah not weighed in with a determined 34 not out and 31, respectively.

The 26-year-old Perera was, rightfully, named Man of the Match. The second and final T20I wil get underway at the same venue on Thursday.