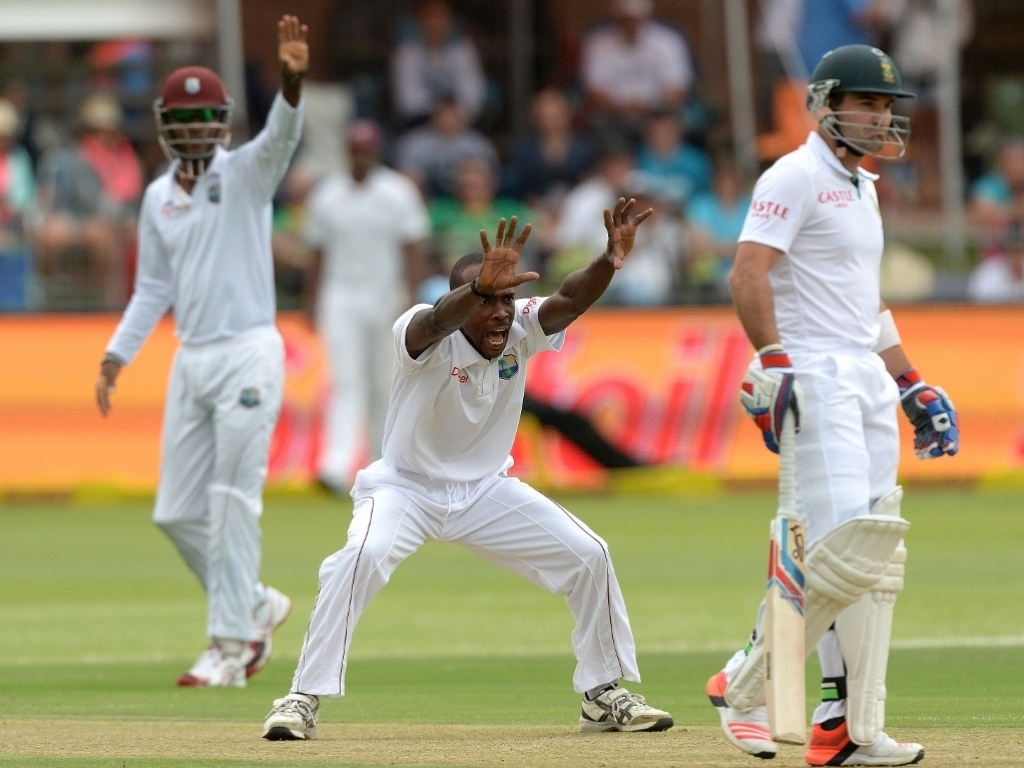 West Indies latest debutant Kenroy Peters never gave up on his dream of playing international cricket, and on Day one of the second Test against South Africa in Port Elizabeth, all his patience paid off when he picked up the wicket of Dean Elgar.

32 year-old Peters has been bowling ball after ball in domestic First-Class cricket for more than ten years, trying to get recognition from the national selectors.

Peters was only called up as a replacement for the injured Kemar Roach, and was thrown straight into the starting XI to try and help the Windies get back into the three-match series after losing the first Test in Centurion.

He said: "I always believed that if I played first-class cricket and did well my chance would come. I got the joyous news that I had been called up on Saturday last week and then I was told yesterday morning that I would open the bowling.

The left-arm seamer admitted to being a little bit nervous and excited when he was told that he would be making his debut but calmed down and told himself to just stick to the basics.

He explained:"You just have to believe in yourself because fewer mistakes are being made by the batsman so bowlers had to work extra hard to get wickets."

It was a tough day for the tourists' as South Africa will resume Day two on a commanding 270 for 2. Besides Peters getting Elgar to nick one to the wicket-keeper, the Islanders only other success was when Alviro Peterson skied a ball to cover off the bowling of Shannon Gabriel.