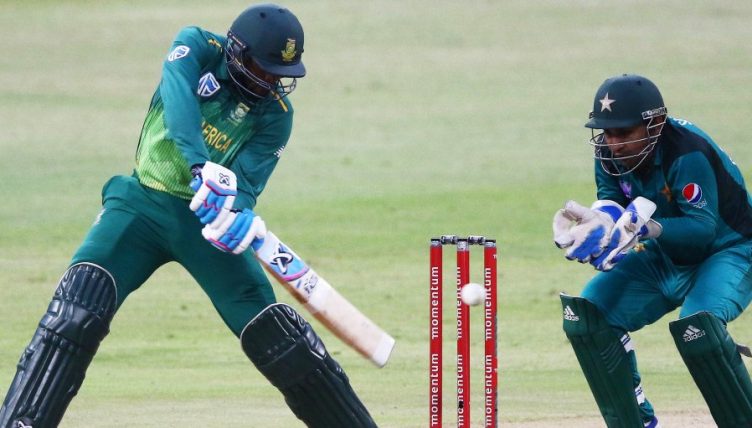 A superb all-round display from Andile Phehlukwayo helped South Africa to a five-wicket win over Pakistan in the second one-day international.

Phehlukwayo claimed four for 22 and a pair of catches as Pakistan were bowled out for 203 before he hit an unbeaten 69 and added an unbroken 127 with Rassie Van Der Dussen (80 not out) to lead the hosts to victory in Durban to level the series.

The tourists never got going in their innings as wickets fell at regular intervals and it was only some tremendous lower-order hitting from Hasan Ali, who struck three sixes and five fours in his 59 that allowed them to get up above 200.

Tailenders twatting it all about the place after all the proper batsmen have failed one of the very best bits of our daft sport.

Phehlukwayo was the pick of the South African attack but left-arm wrist-spinner Tabraiz Shamsi also kept the visitors in check with three for 56.

The Proteas then made hard work of the chase as three quick wickets from Shaheen Afridi (three for 44) saw them slip to 29 for three.

Shadab Khan then claimed two of his own as the Proteas wobbled at 80 for five before Van Der Dussen and Phehlukwayo came to rescue to guide them home with eight overs to spare.

The five-match series is now locked at 1-1 heading to game three at Centurion on Friday.