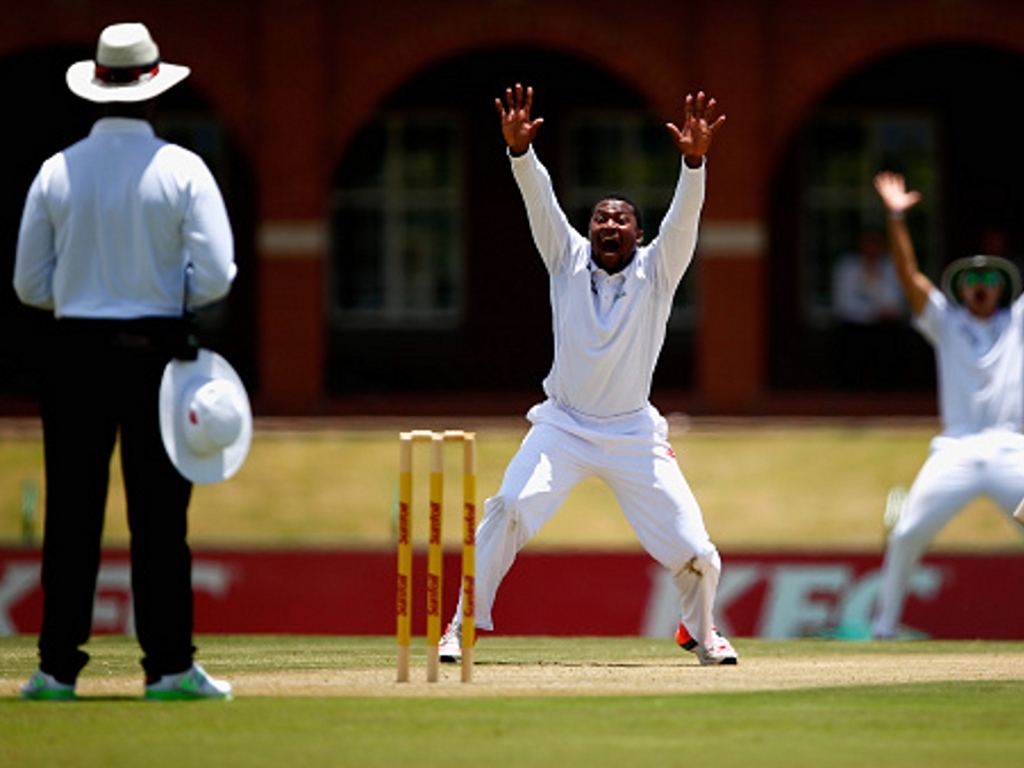 South Africa A all-rounder, Andile Phehlukwayo believes that their lack of preparation time in Australia for the first of two four-day matches against the hosts was not a factor in their opening defeat at Brisbane earlier this week.

The visitors suffered a heavy 197-run loss at the Allan Border Field after being bowled out for just 163 on the final day.

Rising young star Phehlukwayo put the defeat down to inconsistency.

The Dolphins man said: “I don’t think a lack of preparation was a factor,

“I think we were inconsistent, especially with the ball.  Our line wasn’t great and we bowled a bit too wide and I think that’s what cost us in the whole game.”

The South Africans conceded 396 in the first innings and then 248/7 declared in the second.

They replied with scores of 284 and the poor day four display, of which Phehlukwayo contributed an impressive 55 from just 79 balls.

Speaking of his innings, Phehlukwayo said: “I think I changed my game-plan, I decided to be a bit positive and take the game to them,

“There was a lot of mental preparation before and I think that helped me quite a lot.”

The match was also the South African players’ first taste of pink ball action and provided them with invaluable experience for the future. The Proteas will play their first ever Day/Night Test using the pink ball during their tour to Australia later this year.

Phehlukwayo, admits it was a big adjustment for him: “The experience with the pink ball on that first day was pretty hard,

“It wasn’t easy, definitely with the ball, the seam gets soft very quickly and I found that difficult because you need the seam to be hard for control.

“Up front the swing is good, but after 10 overs or so it gets easier for the batters. Regarding the conditions at night, that will be quite difficult to tell because we haven’t experienced it.”

The second match of the series begins in Townsville on Saturday and Phehlukwayo was adamant there will be a reaction from the tourists.

Phehlukwayo added: “I definitely think we can level the series,

“I'm very confident in our team. We just have to start well, we have to be consistent and we have to be at the highest level. We’ll have to apply ourselves better with bat and ball and I know we can definitely beat them.”