Philander puts ‘tough’ week behind him 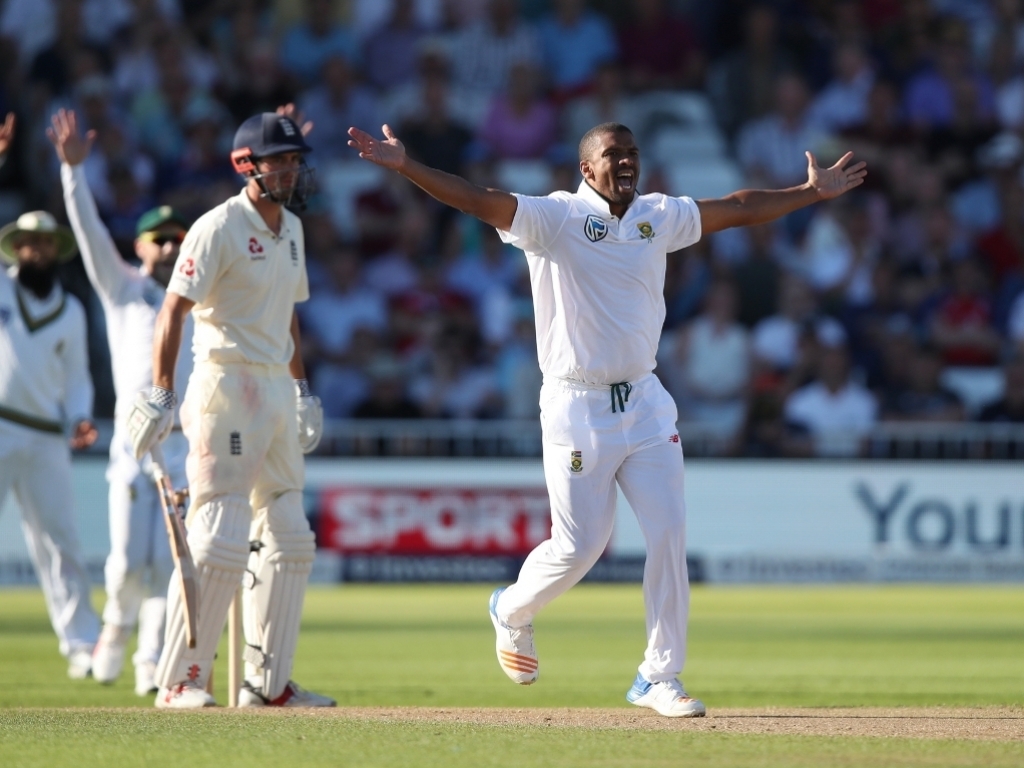 Proteas bowler Vernon Philander says he is looking to put a ‘tough’ week behind him as he prepares for the fourth Test match against England starting at Old Trafford in Manchester on Friday.

Philander has recovered from a viral infection that disrupted his contribution at The Oval, where his intensity and control was desperately missed in favourable conditions.

It says much of his quality that he was still able to make some inroads with two wickets during the 32 overs he bowled in the match, which he says were delivered at ’70-80 percent’ intensity.

“It got a lot worse having to bowl after losing a lot of fluids,” he explained at the squad’s practice at Old Trafford on Wednesday. “ I lost a lot of fluids from the top and the bottom. The night in hospital, being on a drip, revitalised me but it all came back up again the next day. All in all, I’m a lot better, I’m energised and have replenished a lot of the fluids.”

The Proteas will have to put in a series-levelling performance to salvage a difficult tour, and the return of Philander, in forecast cloudy conditions, is a needed boost. He admits the squad has made a strong review of the mistakes from the 239-run loss, and will be focusing on maintaining extended periods of consistency to put the home side under pressure.

“There is everything to play for,” he said of the series. “ We let ourselves down and there is everything to play for. The series has been a rollercoaster, so have the margins of victory and defeat. The boys are ready for this one, we have had a few hard chats but the players will take ownership of their performances and improve in the next match.

“We have an honesty policy in the side,” he explained. “ We all admitted that it wasn’t our best Test match. As players, we take ownership of our performances. We let ourselves down with the bat in the first innings, and we have been brutally honest about it. We are looking forward to correcting those mistakes in this match and hopefully we can level the series.”