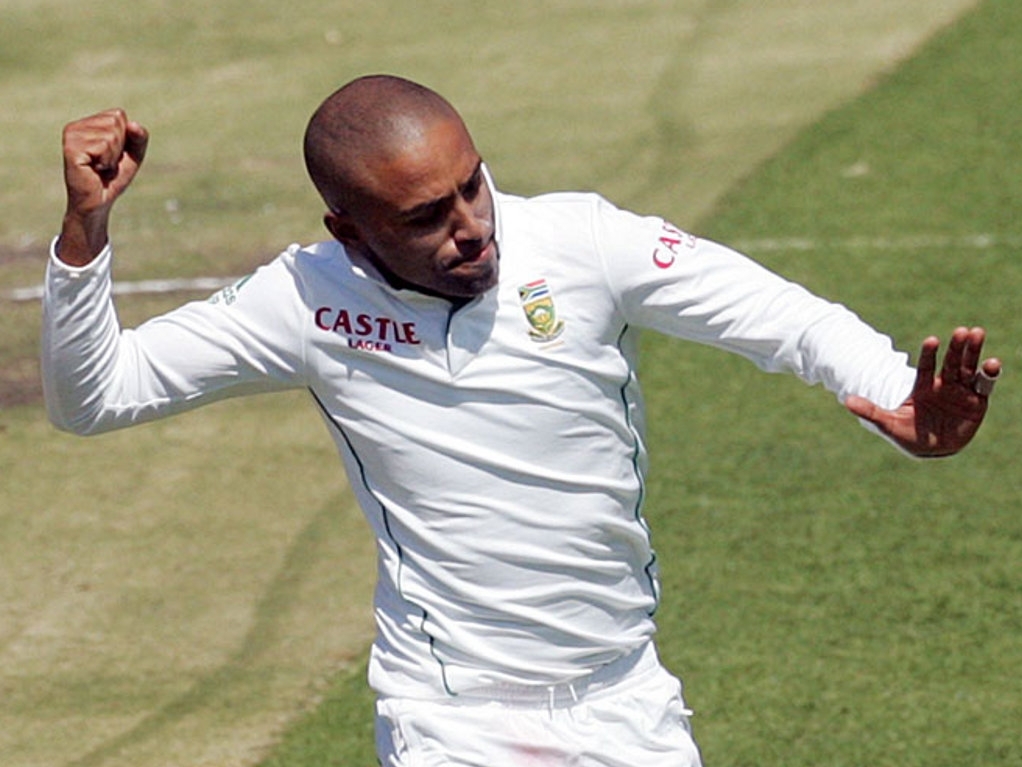 South Africa off-spinner Dane Piedt has credited his experience from the South Africa A tour of India in August for the confidence in his performance for the Proteas in the opening day of the fourth Test match against India.

Piedt closed day one in Delhi with 4/101 and became only the second South African after Alf Hall (1923) to take at least four wickets in each of his first three innings of international cricket.

Of his A-side experience, he said: "It helped me a lot. Playing in Kerala was really good, it was a beautiful ground as well. It was a good wicket, similar to the surface we are playing on today.

"It was really good to play against India, KK Nair was playing and he is one of those very good players of spin. It was a good opportunity to measure myself against sub-continental players, especially on my first tour outside of Southern Africa against sub-continent players.

"Coming away with 12 wickets was really great for my confidence coming here. There are obviously better players in the Indian ranks, but I’m happy to get the opportunity."

After his dream debut against Zimbabwe in August 2014 where he finished with match figures of 8/152, including a wicket off his first delivery of International cricket, Piedt dislocated his right shoulder a month later while playing for the Cape Cobras in the 2014 edition of the Champions league T20.

He admits he thought his career could be over post-surgery, but with the support from former Proteas physiotherapist Shane Jabaar, Cobras coach Paul Adams and Cricket South Africa (CSA) High Performance Manager, Vincent Barnes, has made a fairy tale return to top flight cricket.

Piedt said: "I have to thank Shane Jabaar and my surgeon Joe de Beer. After the champions league Joe de Beer said it would either go my way or the other way which meant that I wouldn't be able to bowl anymore.

"I took it quite hard; it was a tough road, guys came into the side and they did quite well. I knew it was going to be a long road to come back and try to compete as well as I did in Zimbabwe.

'When I came back for my franchise team the Cape Cobras I went for a lot of runs. It was tough coming back so getting the opportunity in Kerala gave me a lot of confidence going forward.

"I was close to my best and now I have shown my ability to stop the game and to take wickets, because that is what the team needs. For me personally, I’m enjoying every moment of representing my country and trying to do as well as I can to win games for the team."