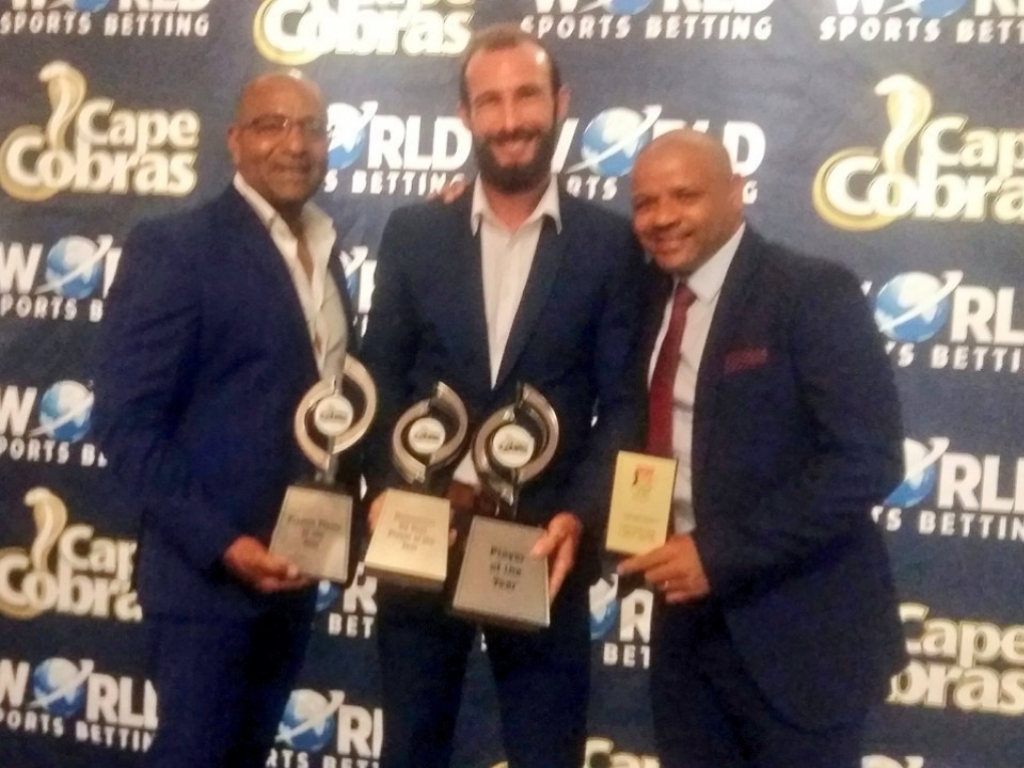 Pieter Malan scooped up four awards including the ultimate accolade as World Sports Betting Cape Cobras Cricketer of the Year at the end of season Player Awards at Newlands on Tuesday evening.

Mthiwekhaya Nabe was the recipient of the Young Player of the Year award. The young fast bowler nipped out 36 batsmen in 26 matches, forced his way into the franchise team and is destined to represent the World Sports Betting Cape Cobras at the CSA Powerade National Academy.

Zubayr Hamza, who scored 828 runs including three tons and four half-centuries, was awarded the Sunfoil Series Player of the Year.

JP Duminy was the Player of the Year in the RAM SLAM T20 Challenge, having scored 415 runs with 85 unbeaten his best performance.

The overall winner of the Spirited Cricketer of the Year was Andrew Puttick.

Puttick played in his last season after 18 years as senior statesman. Prince said afterwards he saw Puttick score his first runs with a couple of runs to midwicket and he also saw his last century on Sunday in his final hurrah for the World Sports Betting Cape Cobras.

Kyle Verreynne was the recipient of Spirited Cricketer of the Year in the Sunfoil Series, capping off a brilliant debut season for the side.

Probed about his 892 Sunfoil Series runs and 615 in the 50 over domestic showpiece, Malan said one of the turning points came in the indoor nets before the official season started.

The head coach, Prince, changed his set-up and the way he aligned his bat and the body when facing the bowler.

Prince also spoke to him at length about the right approach and constantly seeking improvement in the quest for zero defect. Those mental tips helped him evolve.

Malan already made a step up to South Africa A against Australia in the first match on the Australian tour.