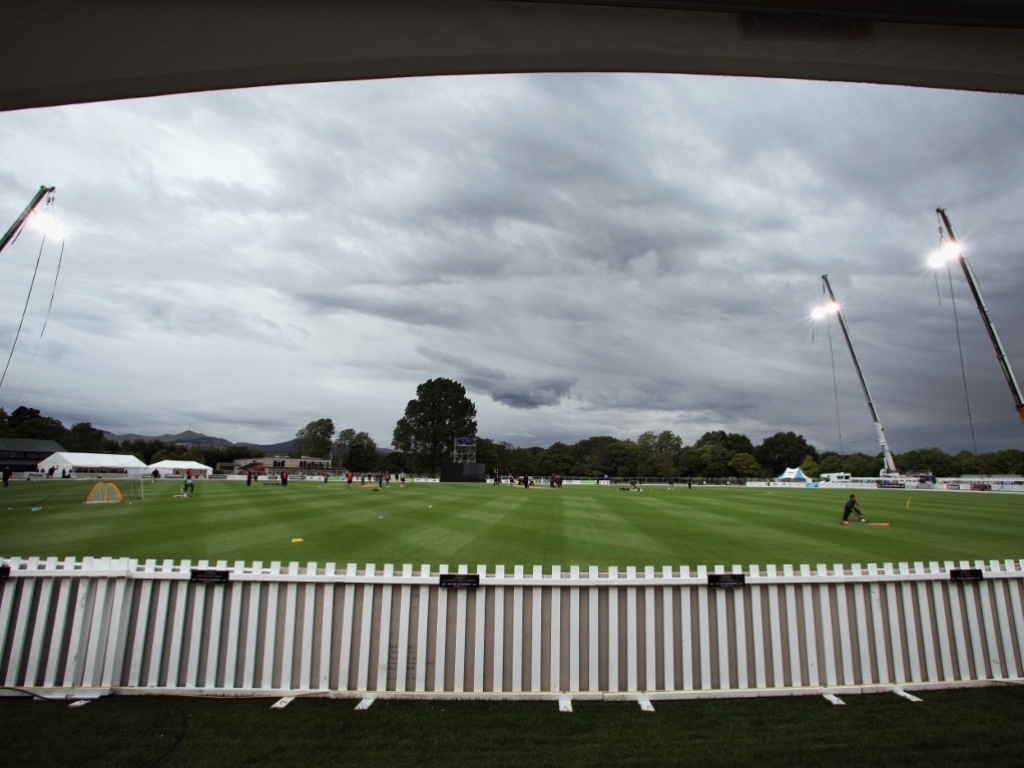 While the first recorded match at the Hagley oval in Christchurch was in 1887, the historic venue had never hosted a Test until Boxing Day 2014, where the Black Caps were set to take on Sri Lanka.

The venue was badly damaged by the earthquake in 2011, when it was Lancaster Park, and it had to be rebuilt to its current form. There has actually been no Test cricket in Christchurch since 2006, at AMI Stadium.

It was approved as a venue for the 2015 World Cup too, where temporary seating and light towers have been added. They must be removed after the World Cup, according to the ruling by the environmental court.

While there hasn't been a Test here, the last international, in January 2014, saw Scotland beat Kenya by three wickets. Kenya were all out for 260, with Alex Obanda top-scoring with 89, and Safyaan Sharif taking two wickets in an innings that saw four run-outs.

Scotland score the 261 required in the final over, thanks to half tons from Matt Cross and Preston Mommsen, as well as a 46 not out by Rob Taylor. Medium-pacer Thomas Odoyo took three of the seven wickets.

New Zealand legend Richard Hadlee on Hagley hosting World Cup games: "Being Christchurch born and bred it's significant that they will open the tournament there.

"We've had to build a new ground so the World Cup will leave a legacy. Horrendous things happened a few years ago. It's a significant milestone, but the rebuild will take about 20 years in total to get it where we want to."

None of the players participating in the upcoming Test have played here, obviously, and only Brendon McCullum has played in Christchurch at all. He is the lone survivor of the side that faced Sri Lanka in 2006.

Because no-one knows very much about this pitch, the toss will hold little significance. You either bat and bowl well or you don't, as on any surface. Sri Lanka's chief spinner is missing, while the Kiwis have their best pacemen back, so one imagines the winning skipper will want to bat, just in case.