Checking out the PCA Stadium 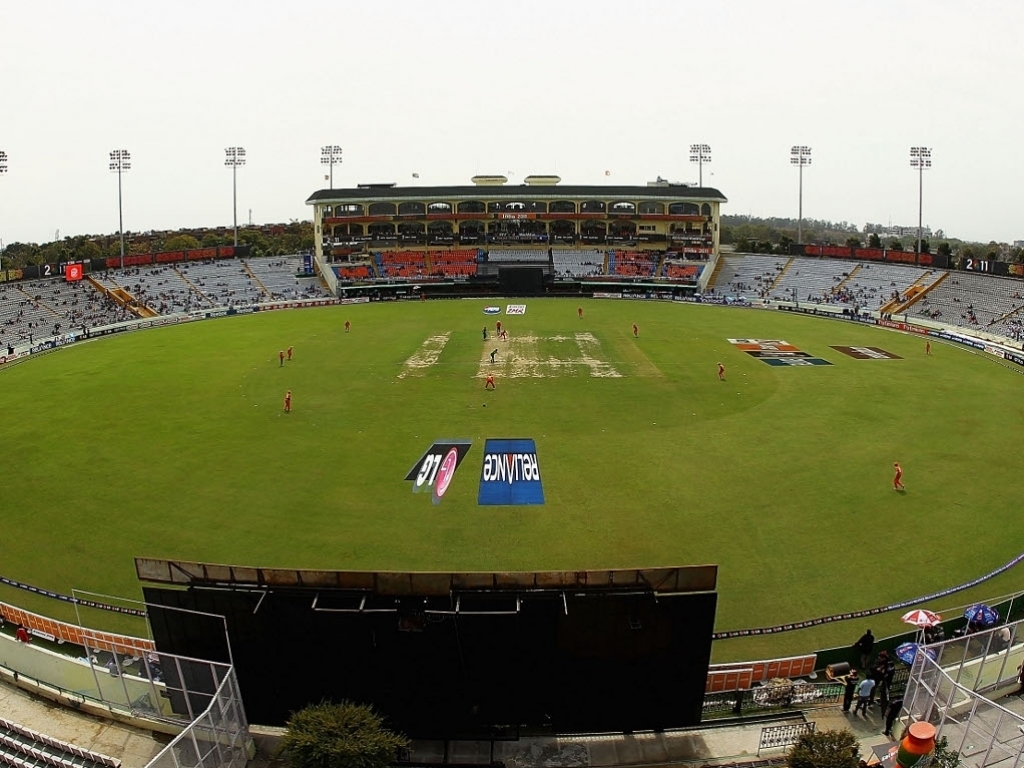 Most of the ground is made up of low uncovered stands with a trench separating spectators from the field which becomes a moat when there’s been some rain about. But the Pavilion stand gives the ground a new-age feel as the facilities on offer are of a world class standard and are less than 20 years old.

At the City End there is a slim, tall stand which gives spectators an excellent view of the match from behind the bowler’s arm, and behind it one will find the superb practice facilities.

Ravichandran Ashwin and Ravindra Jadeja put the Proteas in a spin in a low scoring affair with India struggling almost as much as the South Africans on a vicious turner.

Only three batsmen could get passed fifty in a Test that lasted three days.

England allrounder Chris Woakes said in the build up: “I don’t think it takes a rocket scientist to see that the ends are a bit more trimmed than the middle of the pitch, so therefore we’re expecting it to spin.”

SA paceman Dale Steyn on the key to his successes in India: “One of the key things I have done here is to bowl fast. Pace through the air is really important. With the wickets being on the slow side, anything from 135 down – batters are able to make the adjustment when the ball hits the deck.

“It’s the guys that bowl 145 plus, that really rush batters because it gives them a lot less time to be able to adjust when the ball is reversing or there is a bit of something off the deck. But control is another thing. You have to land the ball in the right area.”

The ground is used infrequently for Tests as such only a handful of players in the current group have registered 2 Tests here.

Jadeja has 14 wickets to his name at the venue while Ashwin and Amit Mishra both have 12.

Alastair Cook is the only English batsmen to play a Test here scoring 50 and 10 in two innings.

James Anderson and Stuart Broad were involved when England met India here in 2008 but managed only two wickets apiece in the match.

Warm and dry for five days.

One imagines the toss-winning skipper will opt to bat, as one doesn’t want to be trying to score runs on day five on this deck.