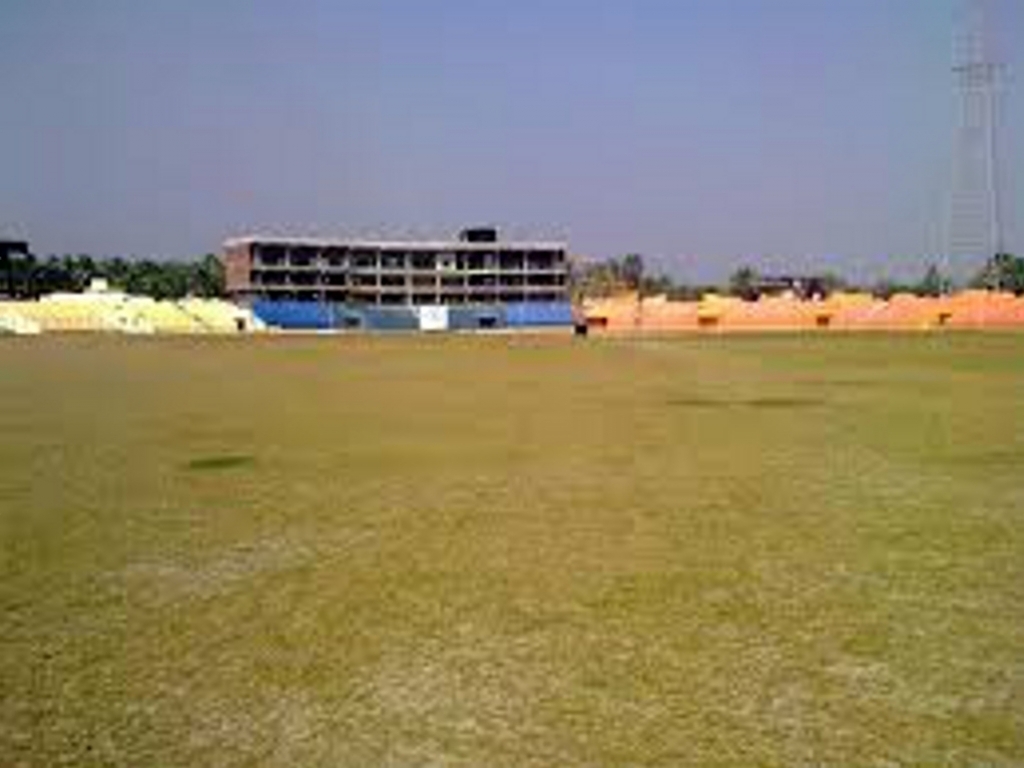 The Khulna Divisional Stadium was one of the five purpose-built cricket grounds established in the run-up to the 2004 Under-19 World Cup. It was finally granted one-day international status in January 2006, ahead of Sri Lanka's tour.

Khulna, situated in the south-western corner of the country, is the third-largest industrial centre in Bangladesh. It became the seventh Test venue in the country when it hosted the second Test between Bangladesh and West Indies from November 21, 2012.

The last Test match at the venue was in November last year when the Bangladesh hosted Zimbabwe in the second Test, of three, in the series.

The Tigers won the toss and elected to bat, and racked up a score of 433 all out. Opener Tamim Iqbal hit 109 while Shakib Al Hasan contributed 137 in the middle-order.

The visitors made a decent reply of 368. Hamilton Masakadza scored 158 batting at number three while Regis Chakabva hit 101 before he was last man out. Shakib starred with the ball recording figures of five for 80.

With a 65 run lead the home side tried to force a positive result, declaring their second innings on 248 for nine. Mahmudullah made 71 while Mominul Haque and Shuvagata Hom contributed fifties. Zimbabwe's spin twin Malcolm Waller and Natsai M'shangwe took four wickets each.

The African team needed 314 to win, and they failed dismally. The Tigers spinners tied them up in knots to dismiss them for just 151 in 52 overs. Shakib again to took five wickets to complete a superb match in which scored a century and took 10 wickets.

Seamer Rubel Hossain in 2012, during the West Indies Test: "When a bowler keeps trying on this sort of pitch and nothing happens, the edges don't carry or the batsmen are beaten but are not dismissed, you do feel hopeless."

After only two matches at the stadium, which were almost two years apart, it is difficult to look at previous records and stats. For the record, Marlon Samuels batted once at the ground and scored 260, which is still the most runs.

Shakib has the most wickets at the venue with 14 in the two matches that he has played. That includes a ten-wicket haul that he took against Zimbabwe.

The forecast for the first day should be okay, with sun predicted in the morning and getting cloudier in the afternoon. The second day however might be affected by rain, with heavy showers predicted. Let hope the rain doesn't spoil the Test match.

From what we can gather of the two matches played at the venue it seems the pitch is a batting paradise. The West Indies hit more than 600 in the first Test at the ground. It does not favour fast bowling with the bounce being low, so expect the spinners to dominate the wickets.