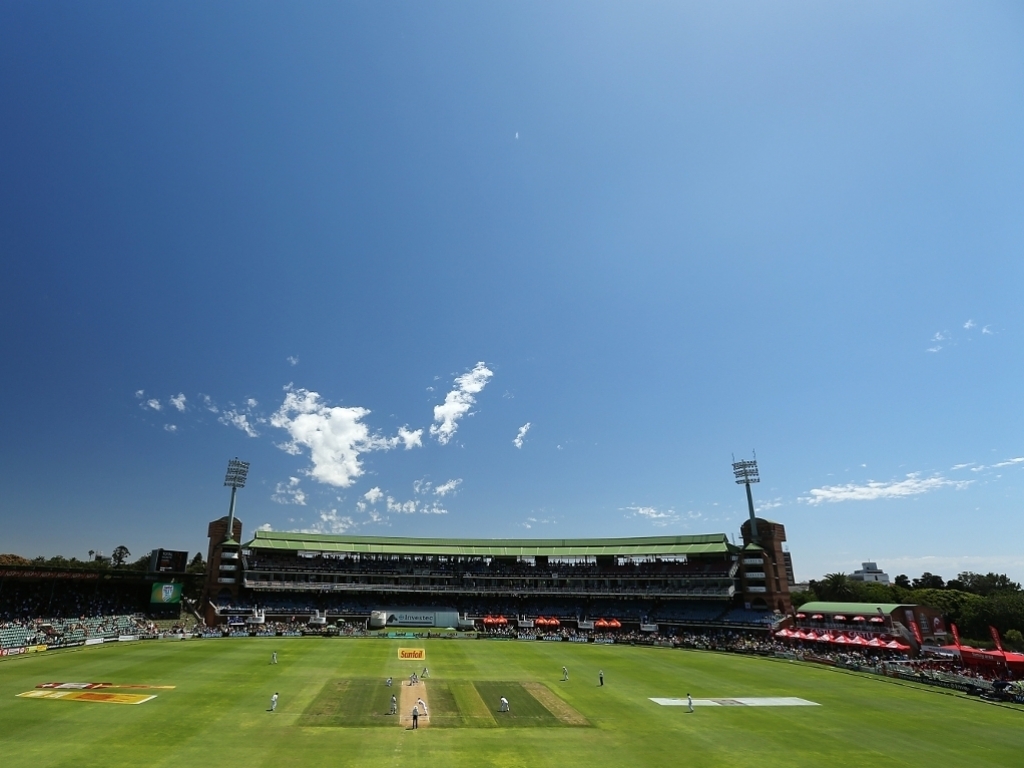 St George’s Park is located in the heart of the Eastern Cape's 'Friendly City', which also goes by the name of ‘The Windy City’ because of the blustery conditions. Situated a stone’s throw from Port Elizabeth’s beautiful beaches, the ground symbolically occupies the central park. The ground is also famous for its brass band, which dates back as far as 1867.

Lesser known interesting facts about St George’s Park include: It was the venue for the first Test to be played outside of England or Australia, the ground hosted the first women’s international Test, it staged the last Test before South Africa’s expulsion from world cricket, South Africa recorded their first ever Test series win against Australia here, and the first rebel Test was hosted here.

The ground has also been home to some world-class cricketers, including the Pollock brothers, Peter and Graeme, with the latter fondly known as the 'Prince of St George’s Park'. One of the great modern bowling performances took place at the ground in 1992, when Alan Donald claimed 12 for 139 against India on what described as a ‘dead pitch’ and ‘a fast bowler’s graveyard’.

The most recent match in PE was in February this year, where South Africa beat Australia by 231 runs inside four days. Centuries from AB de Villiers and JP Duminy in the first innings, and from Hashim Amla in the second, put the game well beyond Oz's reach.

The Proteas batted first and despite Nathan Lyon's five-fer, odd for so early in the game here, they racked up 423 all out. The Aussies were then skittled for 236, thanks to three wickets each for Vernon Philander and Morne Morkel.

The hosts then added 270 for five before declaring, as Amla's century pushed the target to 448. The Aussies started well, with Chris Rogers making a top at the top and David Warner a half century. But Steyn then ripped through the order, along with Philander, and not one other batsman reached double figures.

SA skipper Graeme Smith on Steyn's spell: "Such high expectations from Dale. He is expected to take five every time. Today he got his bit between the teeth with the ball reversing."

Australia skipper Michael Clarke: "We knew the best time to bat in the second innings was going to be against the new ball," Clarke said. "People that don't know much about the game might think that when you are none for 120 you are in contention to win the game, but we knew the hardest period would be when the ball got old and you had to start your innings against reverse swing.

"I think you have seen a class spell of reverse swing bowling today from all three of the South African bowlers, certainly Dale Steyn. South Africa showed us how to get the ball reversing, we didn't get one to reverse in both innings so we can learn from that and as I said you saw a class bowler bowl consistently at 140 to 145kph and execute his skills as well as you will see in international cricket, so Dale Steyn deserves a lot of credit."

SA spinner Robin Peterson ahead of the Oz Test: "When you play in South Africa you get accustomed to the wicket not turning; it’s nothing new. You have to set clever fields and try to create pressure with your field placings. By doing that, the batters can become frustrated whether or not the wicket is turning so you have a chance, that is what I have learned from playing in South Africa and playing on wickets that aren't too spin friendly."

AB de Villiers is the most consistent batsman of the current lot at this ground, having scored a century and three fifties in five Tests, while Hashim Amla has a better average, closer to 50, over four matches.

Faf du Plessis has also enjoyed success in the two Tests here's played here, scoring a ton and a fifty in three innings. Of the Windies, only Shiv Chanderpaul and Marlon Samuels feature, having scored good runs in their last game here in 2007.

As for the bowlers, Jerome Taylor did well here in 2007, in a game the Windies won, while Samuels took one wicket. For the hosts, Dale Steyn is tops with 21 wickets in four Tests, averaging under 25.

Traditionally renowned for slow pitches conducive to spin and attritional cricket, the complexity of St George’s Park conditions have turned somewhat since the turn of the decade. Fast bowlers are no longer deprived of carry and bounce and, although the selection of a specialist spinner remains a must, it is not as instrumental a component as in the past.

First-class cricket at this venue has fortified a slew of decisions to bat first, with steely right- and left-handers determined to guts out a tricky opening patch later able to capitalise. Indeed, the general insistence of the past on bowling first seems to have been put to pasture.