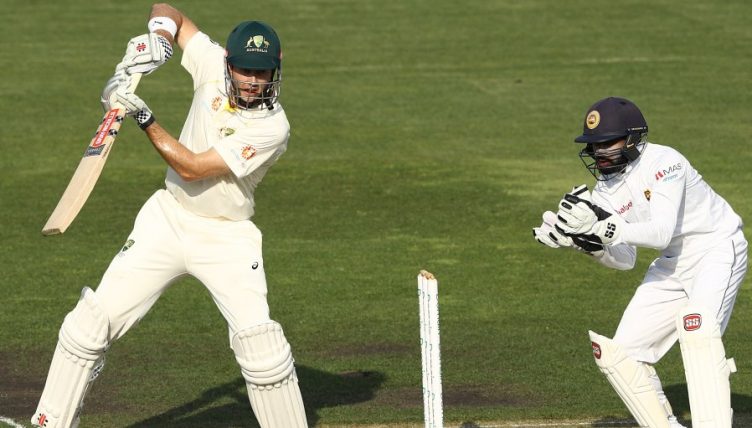 In a match billed as a warm-up match for Australia’s batting hopeful just as much as it was for the touring Sri Lankans, all the Cricket Australia XI runs were scored by players not actually in the new-look Test squad.

Matt Renshaw, Joe Burns and Marnus Labuschagne all fell for single-figure scores in Hobart, while uncapped Will Pucovski – expected to bat at six in the first Test at the Gabba next week – made just 23.

Kurtis Patterson, though, made a sublime 157 not out from just 212 balls and shared an unbroken 218-run stand for the sixth wicket with keeper Jake Doran, who brought up his own century just before the declaration came at 316/5.

Dushmantha Chameera was the destroyer-in-chief of the CA top order, removing Renshaw, Labuschagne and Pucovski on his way to figures of 3/57.

So well did Patterson and Doran play that it might have made things interesting had Australia not already named their squad for the first Test. Instead, the ease with which they put the efforts of those ahead of them in the pecking order in the shade made it a bittersweet day for the hosts.

Dimuth Karunaratne and Lahiru Thirimanne steered the Sri Lankans to 38/0 at the close.