Ponting advises Clarke not to drop to five 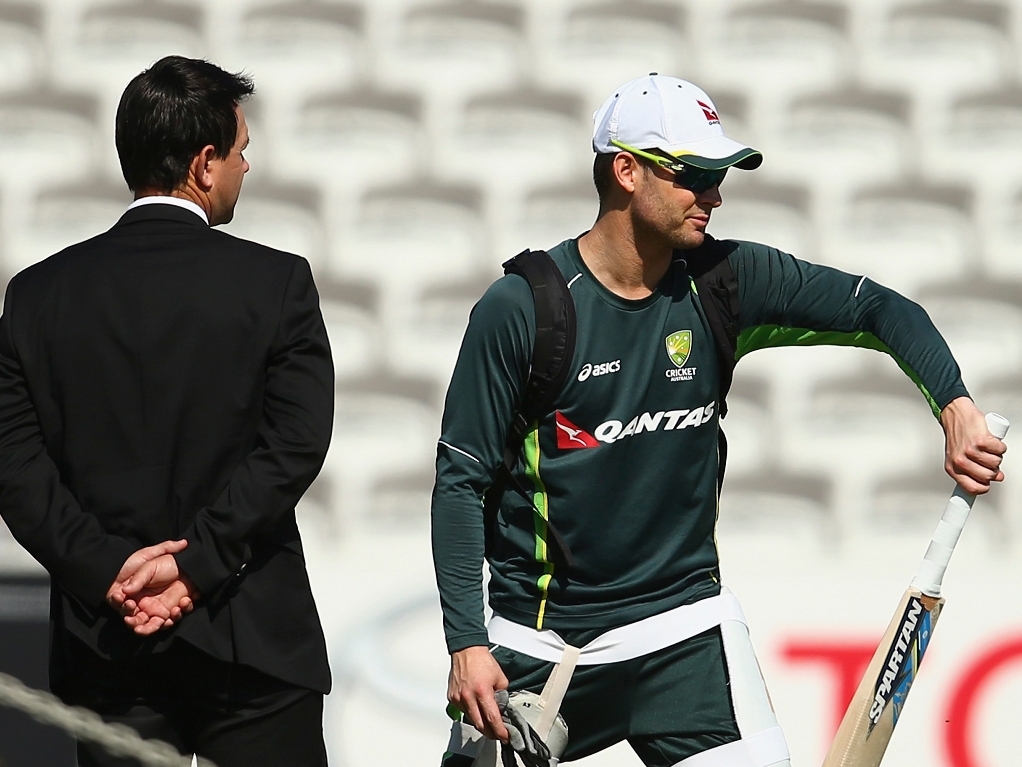 Former Australia captain Ricky Ponting has advised skipper Michael Clarke not to drop down the batting order for the fourth Ashes Test, but to stick with number four and get a few confidence-building runs on the board.

Clarke made just 10 and three in the third Test at Edgbaston, which England won by eight wickets inside three days. Ponting feels that 'Pup' needs to just get a middling score, and his rhythm and footwork will return swiftly.

Ponting told Sky Sports: "If Clarke doesn't bat at four (at Trent Bridge in the fourth Test) I think it sends a bad message out of the Australia dressing room.

"I don't think there is a major difference in the positions other than mindset, so he needs to forget his record at No. 5, score runs and take pressure off the younger middle order.

"He will be in the nets quickly but getting your rhythm back happens in the middle as the extreme pressures of Ashes cricket are hard to replicate in practice.

Clarke himself agreed that the batting position wasn't the problem, but rather his own lack of form in general: "No, that's 100 per cent my own form.

"It's always going to be difficult … No.4 is such a critical position. You need to make sure you're scoring a lot more runs than I have been so far."

As for Adam Voges, batting at five and not doing overly well recently, Ponting said Shaun Marsh could well get a call up to replace Voges, just like England would be looking at struggling opener Adam Lyth's place too.

Punter added: "There will be a similar conversation around Voges as there will be around Adam Lyth for England.

"We know he made a hundred a few Tests ago but he looks to me like he is struggling with the pressures of Ashes cricket.

"Marsh has scored runs in every tour game and played most of his domestic cricket at No. 5."