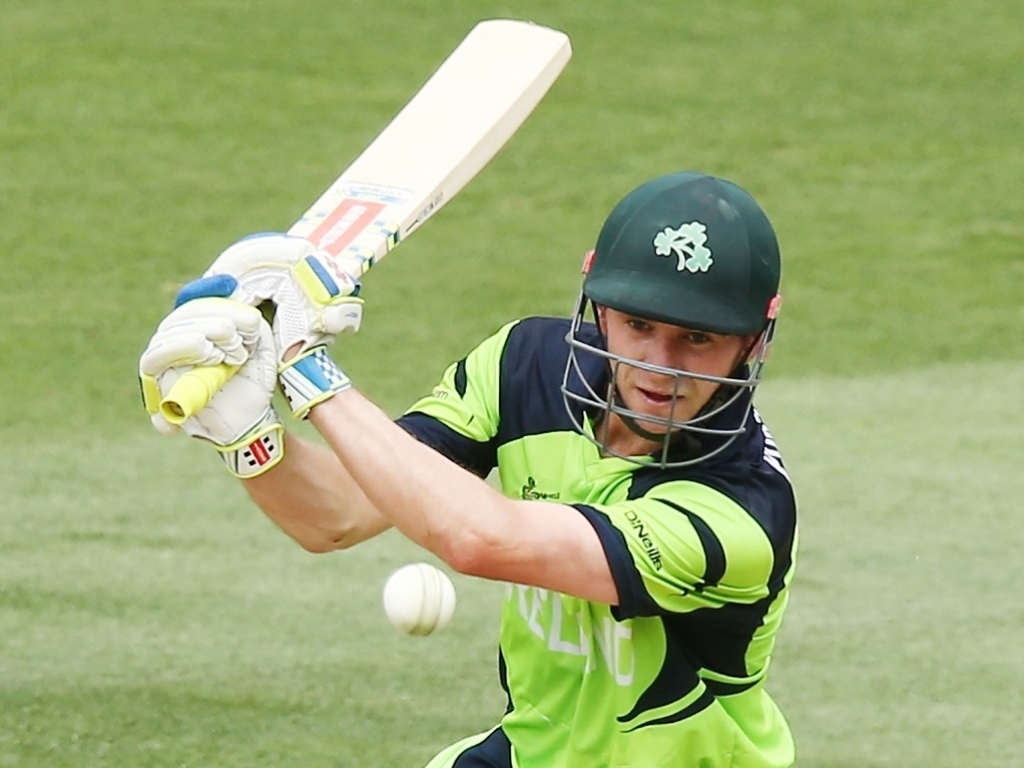 William Porterfield’s 8th ODI century helped Ireland to a convincing 85-run win against the UAE in Dubai in the first of two fifty-over internationals.

Skipper Porterfield was at his fluent best, striking 8 fours and a six in his 116-ball innings – his 14th century in all formats for the Irish.

Ireland fielded an all Irish-born team for the first time in their 111 match ODI history, after the late inclusion of Dubliner Peter Chase for Tim Murtagh from the original squad – the Middlesex seamer returned home last night to be with his wife ahead of the birth of their second child.

Having been inserted by the hosts, Ireland struggled initially losing Paul Stirling and Andrew Balbirnie cheaply, before Porterfield and Niall O’Brien (34) set about rebuilding the innings.The pair added 59 for the 3rd wicket before O’Brien was dismissed by Rohan Mustafa. 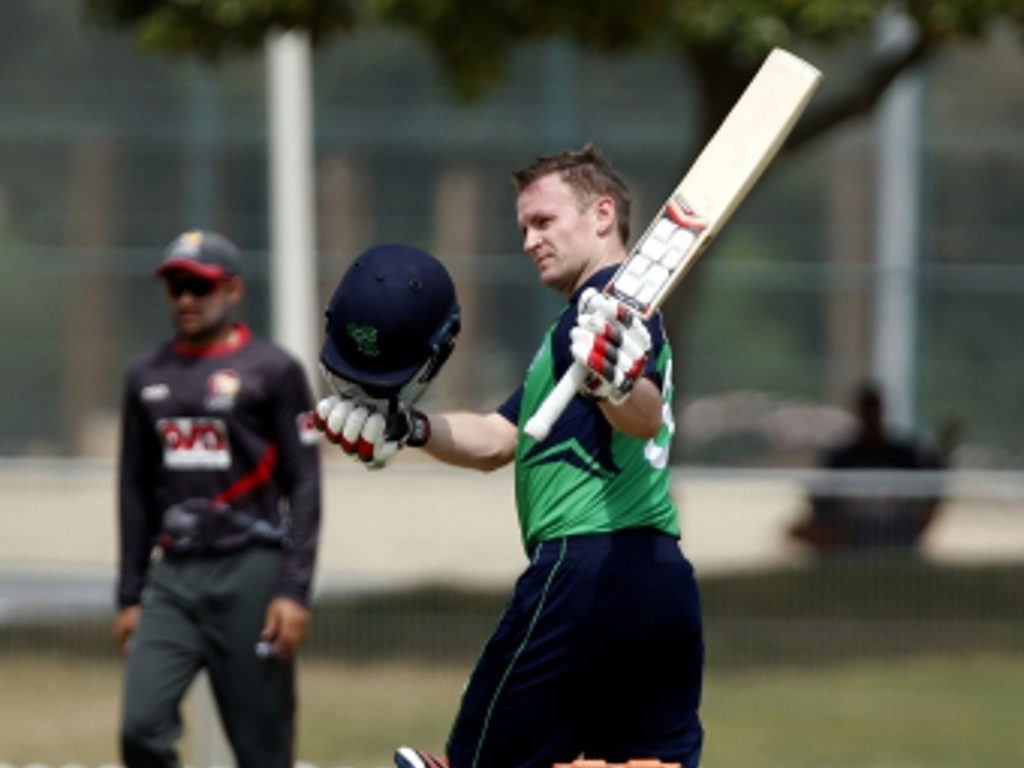 Kevin O’Brien celebrated the sixth anniversary of his famous World Cup record-breaking century against England with another wonderful attacking display. He and Porterfield completely changed the momentum of the match with a superb 4th wicket partnership of 126 from just 97 balls. O’Brien hit 7 fours and a six in his 69 from 53 balls, before becoming Mohammed Naveed’s third victim.

Porterfield added 56 in 53 deliveries with Gary Wilson (33), but shortly after reaching his century, Ireland lost their way somewhat as six wickets fell for 17 runs as they were bowled out for 270 – Zahoor Khan taking all six wickets to record the best figures by an Emirati in ODI cricket.

The UAE reply got off to a frenetic start, with 33 runs coming from the first three overs, before Peter Chase (2-48) got the breakthrough. Rohan Mustafa crashed 43 from just 29 balls (6 fours, 2 sixes) as UAE continued to play positively, before being bowled by the impressive Andrew McBrine (2-35) attempting one big shot too many. 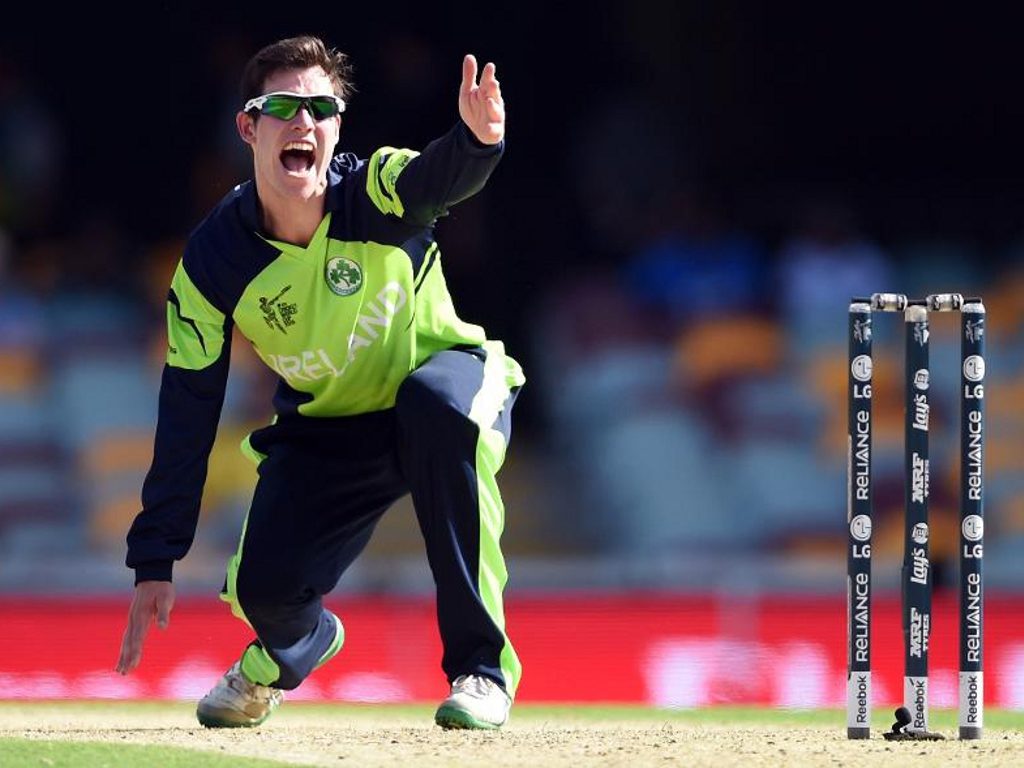 The turning point of the contest was the run-out of Shaiman Anwar (15) by McBrine and George Dockrell, which saw the hosts lose five wickets for just 19 runs, slipping from 93 for 2 to 112 for 7. Dockrell (3-27) was the destroyer-in-chief, removing the middle order as the UAE innings disintegrated.

The hosts, under new coach Dougie Brown did show some late-order resistance, with Ahmed Raza top scoring with 45 as they finished on 185 all out, but in truth it was all about damage limitation by that stage.

Speaking after the victory, Ireland captain William Porterfield was pleased with the performance after losing early wickets.

“It’s great to start the tour with a win, as the pitch was doing a bit early on,” said Porterfield. “After losing a couple of wickets we showed great character to rebuild, and we had a few really good partnerships in the middle.

“Kevin O’Brien did a great job for us, although we would have liked a few more runs in the last ten overs and that would have given us a great all-round batting performance,” added Porterfield.

“They came at us hard in the first ten overs of their innings, but I was really pleased as to how the lads came back and stuck to their plans.

“To take 10 wickets on that surface was a great effort. The most pleasing thing is that I feel we have more to give with both bat and ball.”

The teams meet again on Saturday at the same venue in the second ODI, before Ireland move on to India where they take on Afghanistan in nine games across the three formats.