Home 2015 World Cup Porterfield: We’re as ready as we can be

Porterfield: We’re as ready as we can be 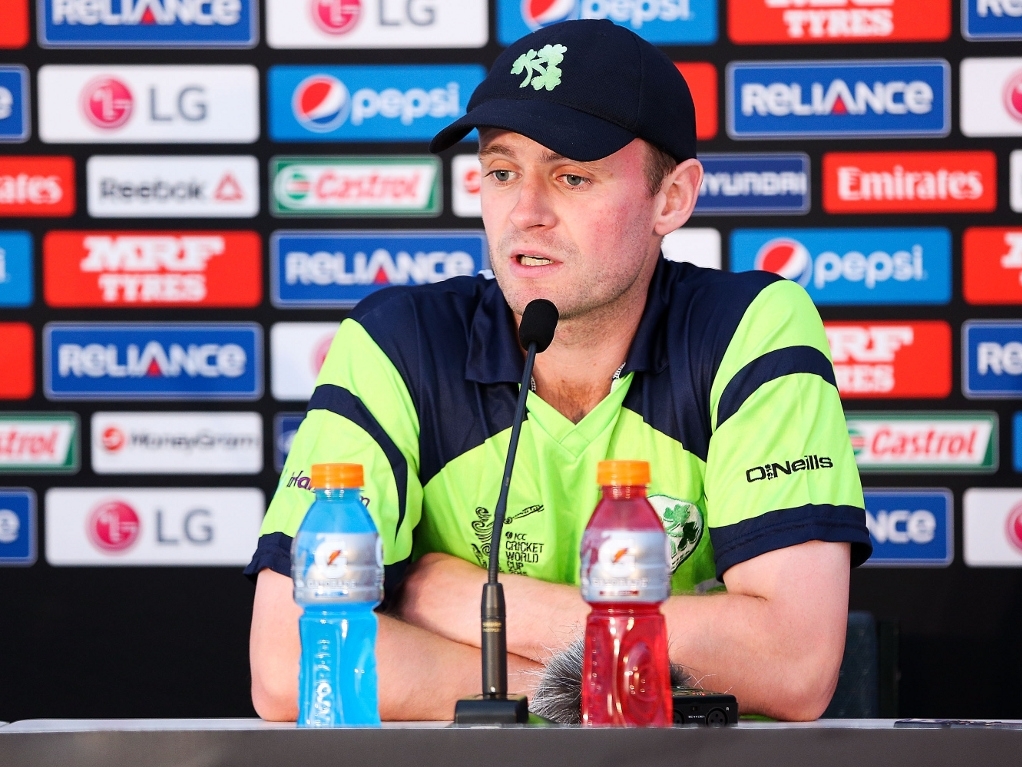 Ireland captain William Porterfield says they're going into their group match against India on Tuesday with it all on the line, and feels they have prepared as much, and as professionally, as they can.

India have already advanced to the quarter-finals, and Ireland still have the chance to do so, as long as they get just one point from their last two games, against India at Seddon Park, and then Pakistan on Sunday.

Porterfield said in Hamilton: "We're in a good place, so we've just got to bring that form into tomorrow. Like any other game we're going into it looking for a win. Tomorrow isn't any different.

"We've approached each game with great clarity and great professionalism. We've prepared really well. It's a quicker turnaround for this game than what we've necessarily had before but it's a good place we're in and we've got to start afresh tomorrow."

India have not yet lost a match, despite some criticism that their batsmen don't play the short ball well, and Porterfield is aware that beating them will be a huge ask. He hopes his bowlers, who have not been overly impressive so far, can do the job this time.

He added: "We've seen how hard India came at West Indies with the ball so I don't think they've necessarily got a weaker suit as such. We've just got to start well tomorrow.

"We've got to try and restrict them with the ball and take wickets. Like any game in this format, taking wickets is the best way of restricting teams. We've got to go out there with that mentality throughout the 50 overs of taking wickets.

"Whatever we do first, the first ten overs is going to be big, if that's with the bat or ball, we have to start the game well and get into it."

With the ICC looking to reduce the number of sides at the next World Cup from 14 to 10, Porterfield, a vocal critic of this plan, hopes Ireland's advancement to the next round, or even their efforts so far, will change minds.

He said: "It's where we want to be, the quarter-finals is the goal we set ourselves before we came here. We're in a nice position but it doesn't count for anything if we don't keep putting in those performances.

"Obviously for the country, getting through to the quarter-finals, the publicity and the hype back home at the minute, it's right up there. If you speak to people who are back home, the stories coming out of there are great, and that's where cricket is going in Ireland.

"Hopefully we do make those quarter-finals and keep pushing on as a country ourselves. Hopefully the ICC takes notice and we start looking at the next World Cup."