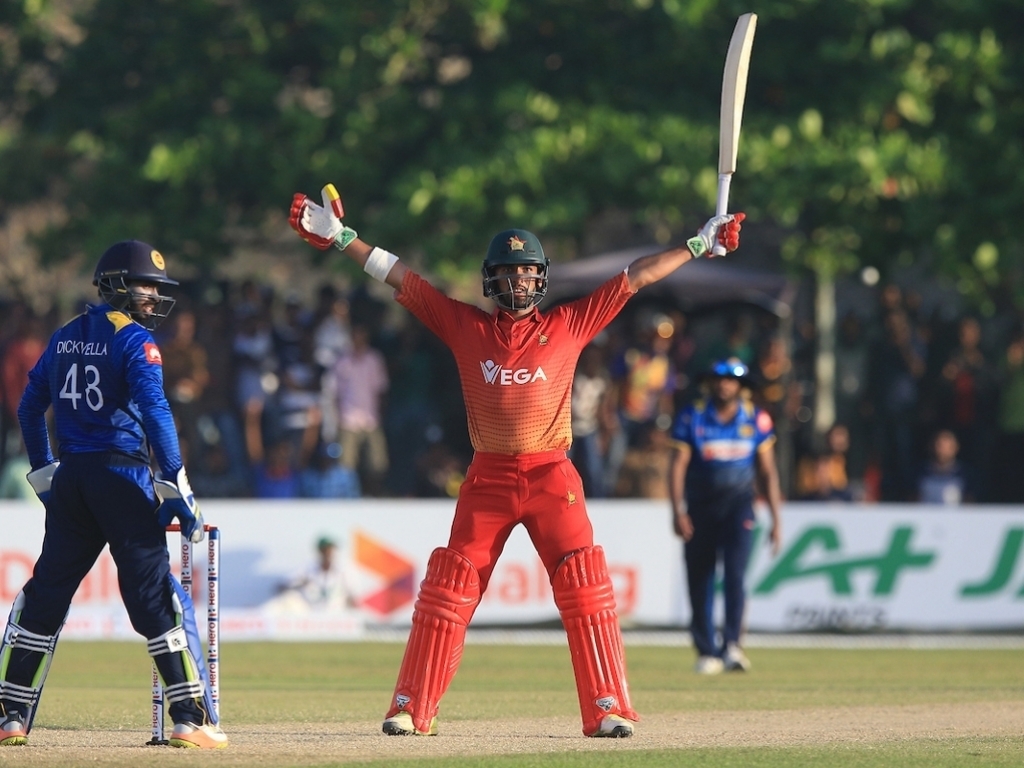 The third One-Day International match between Zimbabwe and Sri Lanka this Thursday is delicately poised.

Their five-match ODI series is tied after two games.

Zimbabwe won the first match at the Galle International Cricket Stadium last Friday, shocking the hosts who were looking for a series sweep on the rebound from the disappointment of the 2017 ICC Champions Trophy, whose aftermath has seen the departure of coach Graham Ford and a public spat between sports minister Dayasiri Jayasekera and bowler Lasith Malinga, resulting in a fine and suspended ban for the latter.

Then came the second ODI match, also in Galle.

Against headline news that he would no longer be taking part in the series because of illness after the first match, Malinga turned up and so did the rest of the Lions to beat Zimbabwe and level the series.

It comes in a tour that coach Heath Streak has described as so far “enjoyable and challenging”, as his charges have struggled to acclimatise to the plus-30 degree temperatures and humidity of the Sri Lankan coast line, after suffering the minus-20 degrees, rain and wind of Scotland, followed by the warmer though still wet Netherlands.

“But we are happy with such a historic win and despite losing the second ODI, the team morale is high,” said the former national team captain.

The morale will be higher when Tendai Chatara passes his fitness test – the “Dangamvura Express” sustained a hip injury when he rolled after a dive while fielding in the second ODI match on Sunday.

Since then, Chatara has only left Anesu Mupotaringa’s physiotherapy bed for more rehabilitation on the field and in the pool. Zimbabwe will need his pace.

The tour of Sri Lanka is part of a bigger picture.

The tourists are looking at harnessing momentum for next year’s qualifying tournament for the 2019 ICC Cricket World Cup.

The importance of confidence-boosting performances can therefore not be over-emphasised.

And there will be no greater booster than another win over Sri Lanka, given that it will only be Zimbabwe’s second ever in the lions’ den.

But the Lions have had their pride severely dented by Zimbabwe’s first win. Their first home loss ever to the southern African nation. And that nation ranked a whole 11th on the 12-team ICC ODI table.

Themselves ranked eighth on that table, Sri Lanka wanted a series sweep against Zimbabwe to move ahead of seventh-placed Bangladesh.

Their current position is precarious because any lower means joining the likes of Zimbabwe in the qualifier for the 2019 global ODI cricket tournament. So Sri Lanka have their own pressure.

Having clinched the historic first win in the tour opener but then conceding the series advantage in the second match, is Zimbabwe under any additional pressure to re-assert themselves tomorrow?

“There is always pressure playing at international level whether you are hosts or visitors . . . the key is how you handle it,” said Streak, adding: “After all, pressure is a mental barrier rather than a physical one.”

It all points to a high-stakes encounter at the MRIC Stadium in Hambantota, Sri Lanka, tomorrow.

Zimbabwe wound up their preparations for the match with an afternoon practice session at the match venue today, followed by a team meeting.

What has Streak been telling his players?