Home Countries India ‘Safety of the players is of paramount importance’

‘Safety of the players is of paramount importance’ 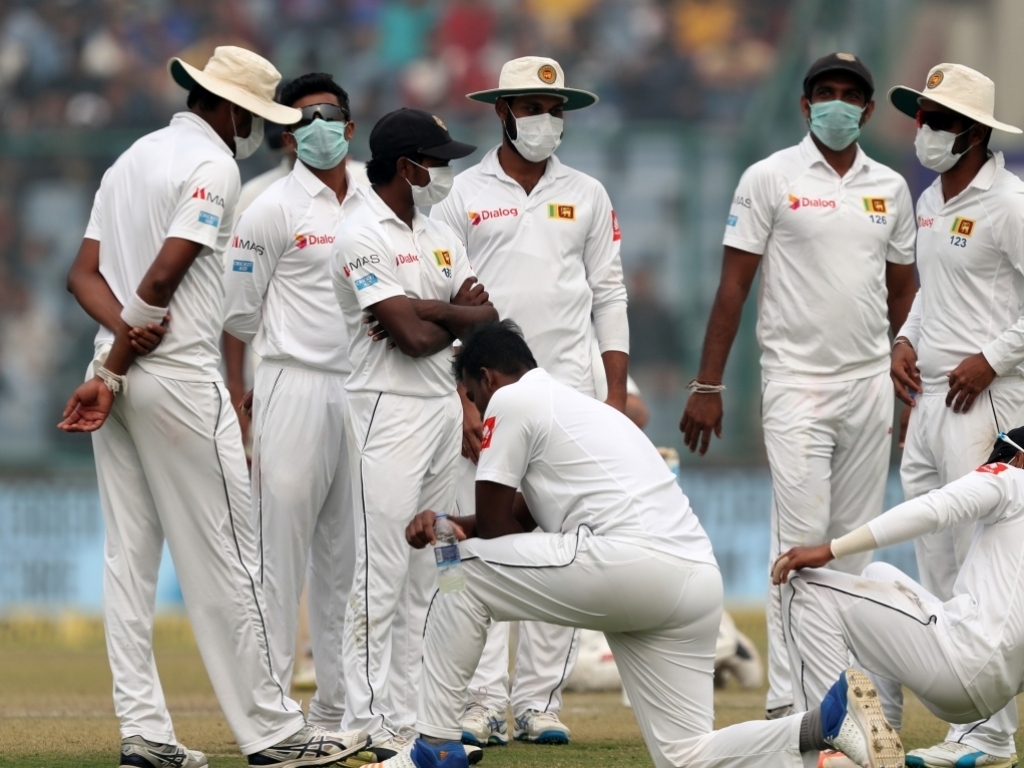 Sri Lanka interim coach Nic Pothas insists he and his players were just looking out for their own safety as the second day of the third Test against India was held up because of the heavy polluted air in Delhi.

At one stage while the hosts were piling on the runs, Sri Lanka only had 10 fit members of the squad out in the field with their captain Dinesh Chandimal and Pothas asking the umpires for clarification on player safety regulations.

India skipper Virat Kohli was visibly irritated with the stop-start nature of the game after the umpires decided to keep the players on the park despite most of Sri Lanka’s fielders wearing masks.

Pothas said after the day’s play: “It is well documented that Delhi has high levels of pollution. They had got extremely high at one point, we had players coming off the field and vomiting. There were oxygen things in the dressing room.

“It is not normal for players to suffer in that way while playing the game. From our point of view, it has to be stated that it is a very very unique case.

“I thought all the officials, the match referee and others handled the situation very well. When it is a new situation for everybody, it is not easy to make decisions.

“I feel for the umpires, and I feel for the match referee. It’s not easy but the job of myself and the manager is to make sure that the players are safe. That’s all what we were trying to do.”

The Sri Lanka mentor also said they did not deliberately hold up play because they were behind in the game as India continued their dominance in the series.

“You could see the two fast bowlers fast bowling is a high-intensity activity. The two guys were struggling. When it becomes unsafe that is when the conversation started. The safety of the players is of paramount importance.”