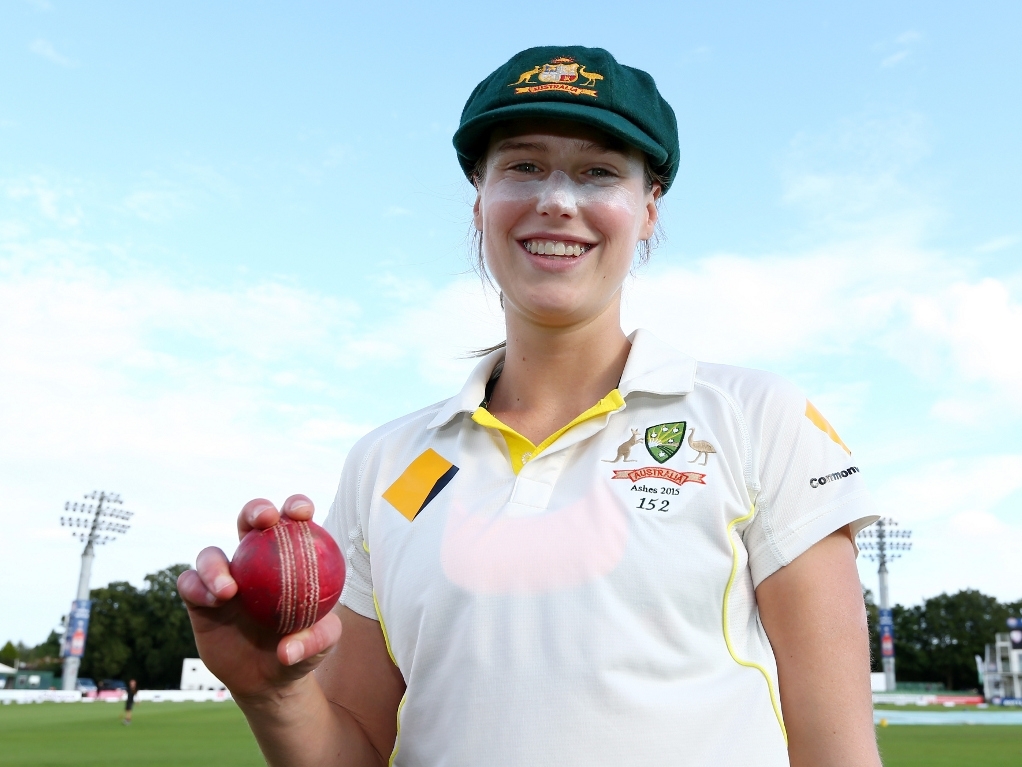 With Australia winning the Women's Ashes Test in Kent this week, there was high praise for Australia all-rounder Ellyse Perry after she took six wickets for 32 runs to see the side home.

Perry nearly claimed a hat-trick as he recorded the second-best bowling figures for Oz, leading her side to victory by 161 runs. England were bowled out for just 101, and Australia lead the series eight points to two.

Perry's bowling was the highlight on the day, but she has been excellent with the bat on the tour as well, with a string of half centuries and she's the leading-run scorer on the tour.

"Meg Lanning said the other day she'd play in the team as a batter or bowler. That’s the true definition of a genuine allrounder, and she’s a great fielder to go with it.

"The fact that she missed out with the bat in this game kept her fresh. We tried not to over-bowl her.

"She bowled at the critical points and every time she had the ball she looked dangerous swinging it and bashing the right lengths.

"It was very good to watch."

Australia skipper Meg Lanning was just as pleased, saying that despite failing with the bat, Perry had the chance to make an impact on the game afterwards.

Lanning said: "That’s the beauty of being an allrounder, you can come back and strike with the ball.

"I thought she did a fantastic job bowling from the top end here (The Spitfire Ground) which really suited her targeting the stumps a lot.

"And with the variable bounce there that was the real key way to go. She’s bowled well throughout the whole series. She’s been a main strike bowler for us.

"It’s very good to have someone in your team that can go out there and make runs but also strike with the ball."

Perry herself feels she has grown a lot since making her debut as a teenager in 2007, especially with the ball. She has improved her pace and accuracy, and feels at home with the ball in hand now.

Perry said: "Getting older and little bit stronger and technically and tactically figuring out my game a little bit more has certainly helped.

"From a batting point of view as well, but certainly with my bowling just having that control and being able to bowl the ball where you want to, picking up cues from batters are probably only things you learn and develop over a number of years.

"It’s been a really great learning curve for me working with a number of different people to really figure out what works best for me.

"I still feel like I can improve a lot, in a lot of areas. I certainly feel more comfortable as a bowler than when I first started."