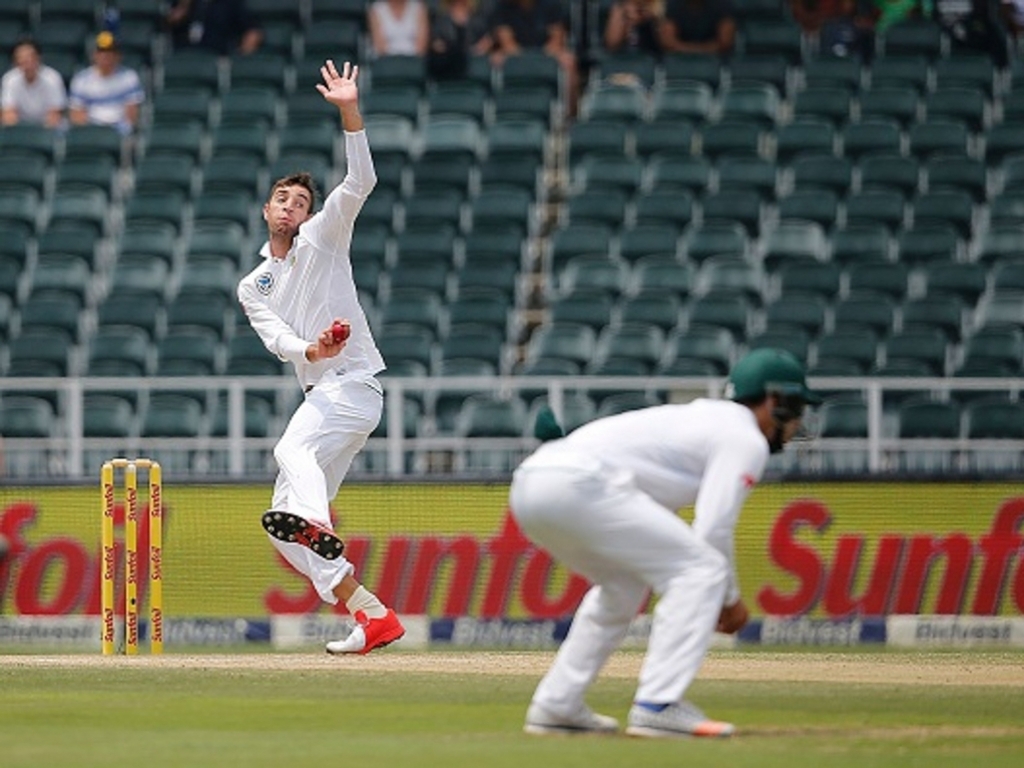 Duanne Olivier’s maiden Sunfoil Series 10-wicket haul laid the foundation for the Knights to storm top of the competition table with a comfortable 121-run victory over the Warriors on the final day of their clash at the Mangaung Oval in Bloemfontein on Sunday.

The 24-year-old, who made his Proteas debut in the final Test against Sri Lanka earlier this month, finished with 11 wickets in the match and 5/67 in the second innings as the visitors were dismissed for 200.

Only 36.2 overs were required by the home side on the final day as they took a giant stride towards the 2016/17 title by claiming an impressive 20.20 points to storm from fourth to first with an overall tally of 87.18 points.

And Olivier played a central role, adding impressively to his first innings return of 6/82.

The Warriors had resumed the last morning on 73/3, and after the dismissal of nightwatchman Anrich Nortje (5) inside the first four overs, Lesiba Ngoepe and Yaseen Vallie dug in.

The pair put on a 72-run fifth wicket stand to raise hopes of chasing down a 322-victory target.

But after Michael Erlank (1/17) eventually broke through, Olivier ran through the tail to finish with a match haul of 11/149 – extending his lead at top of the wickets charts to 39 in the process.

The Warriors lost their last five wickets for just 49, while Ngoepe ended as top-scorer with 56 (79 balls, 8 fours).

Despite the loss, the Warriors (72.60) still managed to climb a spot to fourth on the standings and they still retained hope of winning the title.