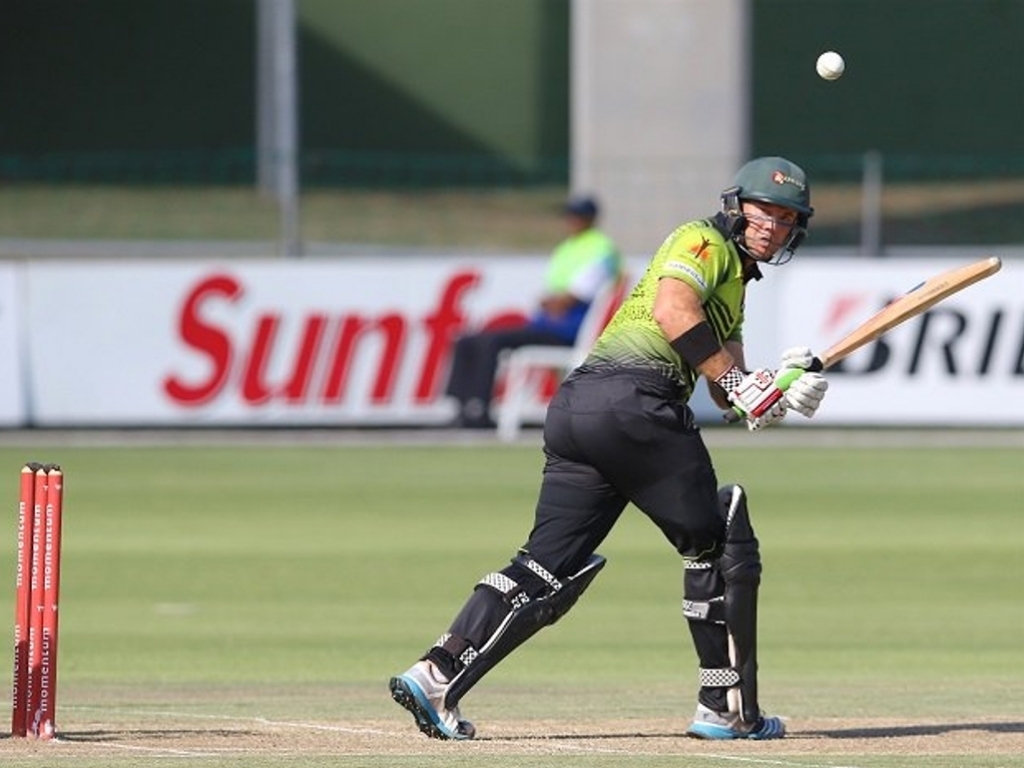 Glamorgan batsman Colin Ingram has extended his stay with the Welsh County until 2019 by signing a new two-year contract to continue playing white-ball cricket.

Ingram will be available for all NatWest T20 Blast and Royal London One-Day Cup matches in the 2018 and 2019 seasons.

The left-hander signed for Glamorgan in 2015 as a Kolpak player having played 31 One-Day Internationals and nine T20 Internationals for South Africa.

He enjoyed a successful first season with the Welsh County, scoring 1712 runs in all formats, which included two County Championship hundreds and three in List A cricket.

A knee injury prevented Ingram from playing any first-class cricket during 2016, however he enjoyed a stellar season in the One-Day format, with his 502 runs and record-equalling 29 sixes in the NatWest T20 Blast helping Glamorgan secure a home quarter-final.

His legspin was another useful weapon in the competition where he took a career-best 3 for 20 against Somerset to get Glamorgan into the last eight of the NatWest Blast and bettered those figures in the quarter-final against Yorkshire Vikings in Cardiff taking 4 for 32.

Following Ingram’s excellent form in 2016 and in the early part of 2017 he was awarded his County Cap before the start of play in Glamorgan’s Royal London One-Day Cup match against Surrey last Sunday where he scored 72.

“I am delighted to commit to Glamorgan,” said Ingram. “I’ve been made very welcome at the club and have made a lot of friends so it was an easy decision to extend my time here in Wales.

“Being presented with my Glamorgan cap by Club legend Alan Jones was a great honour so I’m determined to continue delivering my best for the Club and myself. After being sidelined by injury from first-class cricket last year I’ll be focusing more on the white-ball game from next season.

“However I’m intent on playing for Glamorgan across all formats for the rest of this season and will do everything I can to ensure we enjoy a successful year.”

Glamorgan Chief Executive Hugh Morris added: “Colin is a fantastic player and has been a great addition to the team since arriving in 2015.

“He is a major part of our squad on the field and in the dressing room. His form in the NatWest T20 Blast last year was exceptional and he proved himself to be one of the most destructive batsmen in the game with the bat and surprised many opponents with the ball.

“It is a big coup for Glamorgan to sign Colin for another two years. His experience and leadership will help develop our younger players and hopefully enable us to build on the success we enjoyed in the white-ball game over recent seasons so we can challenge for trophies.”