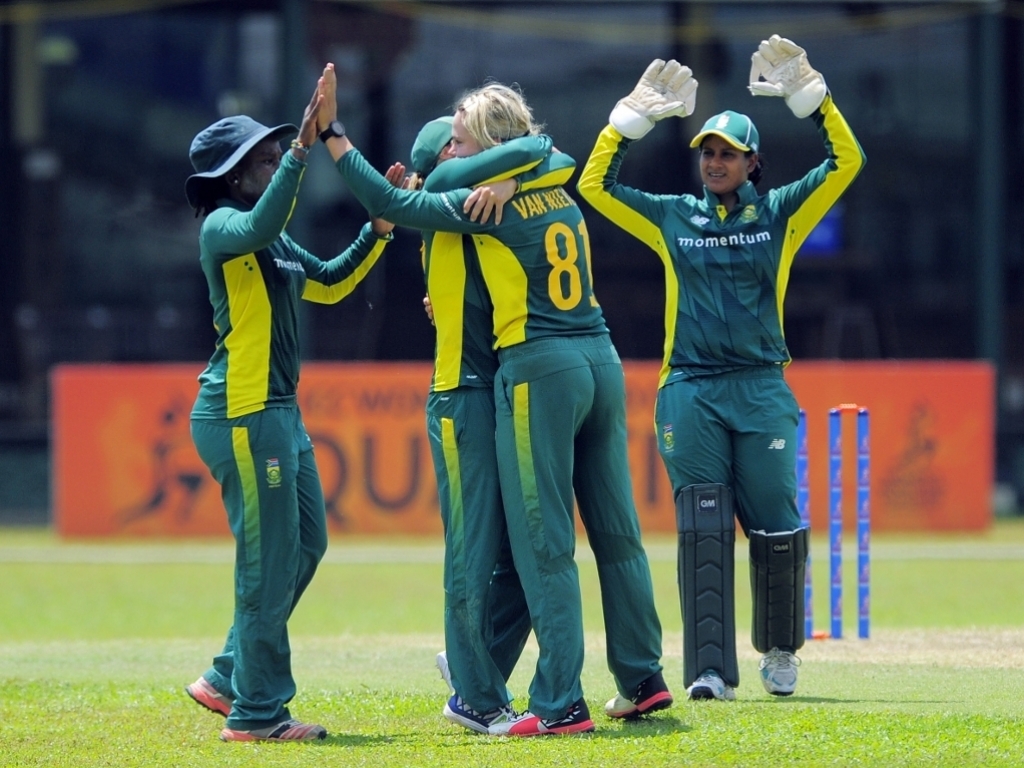 Sri Lanka will fancy their chances against South Africa in familiar conditions at the ICC Women’s World Cup Qualifier 2017 on Friday after pulling off a five-wicket win over Pakistan in its first match in the Super Six stage.

A win will take Sri Lanka closer towards qualification, while South Africa will make it with a triumph since the result will eliminate the chances of a five-way tie at the end of the Super Six, in which sides carry over wins against other qualifiers from their preliminary league group and play qualifiers from the other group.

India leads the Super Six points table with three wins, which comprise two preliminary league wins and one against South Africa on Wednesday, while Sri Lanka and South Africa have four points with two wins each. Though India may make the grade even without another win, beating Bangladesh on Friday will seal qualification.

Meanwhile Pakistan will be looking to beat Ireland and breathe easy ahead of its last match against arch rival India.

For hosts Sri Lanka, Chamari Athapaththu, Prasadani Weerakkoddy, Eshani Lokusuriyage and Nipuni Hansika have all been among the runs and with their spin attack led by captain Inoka Ranaweera too doing well, the side has suddenly found new inspiration ahead of the South Africa match.

Sri Lanka captain Inoka Ranaweera: “We are really looking forward to the match against South Africa. We have played some fine matches in the tournament and our win against Pakistan has given us more confidence. We are determined to put up a good all-round performance in the match.”

South Africa captain Dane van Niekerk understands the importance of the Sri Lanka fixture and was not happy with the team’s batting as it lost by 49 runs to India in its opening Super Six game, during which she became the seventh player to complete an ODI double of 100 wickets and 1000 runs.

South Africa captain Dane van Niekerk: “We keep on speaking about our batting and the base up front but we are not quite getting it right. So, that is something we want to rectify as the teams are looking out for that. We are still a quality side and I still back ourselves to qualify. That is our main goal. We will think about winning the tournament later. Sri Lanka against South Africa will be a great challenge.”

Bangladesh, which beat Ireland by seven wickets on Wednesday to open its account in the Super Six with two points, was enthusiastic ahead of the match against Mithali Raj-led India, which is the side to beat in the tournament.

Bangladesh captain Rumana Ahmed: “Our next game against India is a big chance for us and we have to grab it. It will be a challenging game, a big match against a high-quality side. Our confidence and concentration is good and we have to go forward positively.”

Ireland, like Bangladesh, advanced without carrying a win from the preliminary league and will have to beat Pakistan to remain in contention but that will be a stiff task in sub-continental conditions.

Ireland captain Laura Delany: “We know that we have to play our best cricket over the next few days. We’re going to be positive. I’m still very confident that if we execute our skills the way that we have previously, and in the way that we can, we’ll get the job done.”