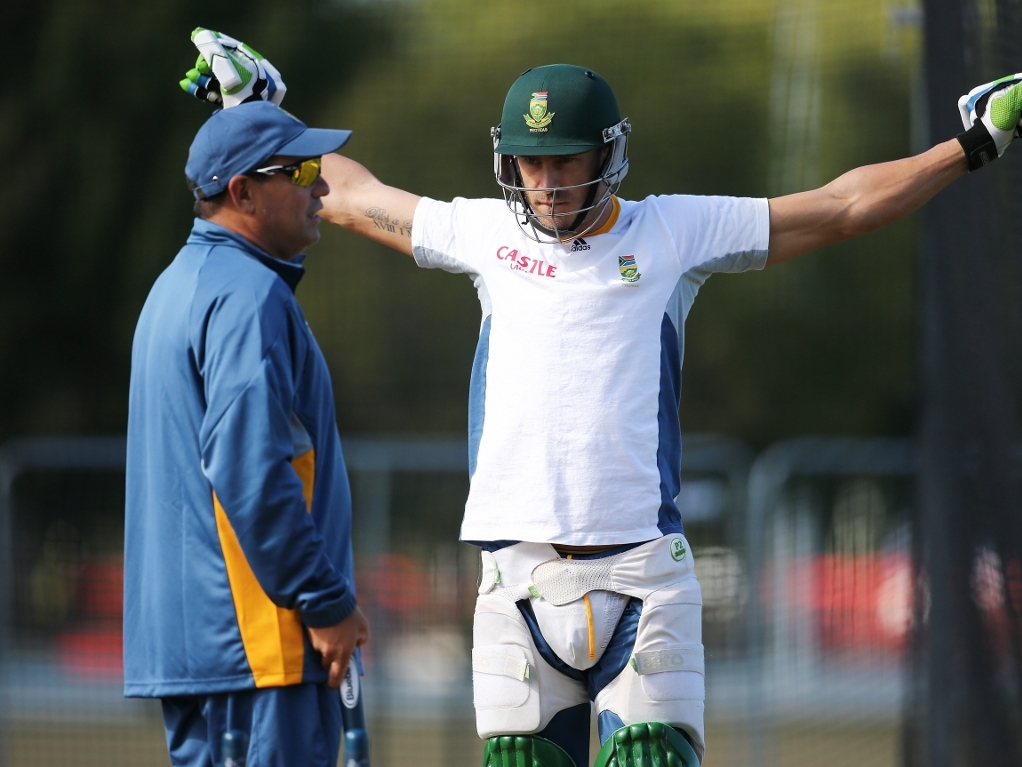 Batsman Faf du Plessis says South Africa is focused on remaining mentally fresh throughout the World Cup, only lifting their intensity levels if and when it is required.

The Proteas beat Sri Lanka by five wickets on Monday in a warm-up match in Christchurch, and are slowly lifting their intensity levels for their opening clash of the global tournament against Zimbabwe on Sunday, starting with another warm-up clash with tournament co-hosts New Zealand on Wednesday.

Du Plessis said: "For New Zealand tomorrow there will be a little bit more intensity because we are getting closer to the first (World Cup) game but we will build up towards the game against Zimbabwe.

"We have played quite a lot of cricket in the last month or so and we are ready to play now. It is quite a long tournament and you need to be mentally fresh right through the competition. Yesterday was quite low-key for us but to get over the line and do what we did yesterday was really good practice."

The right-handed batsman Du Plessis also thought the manner in which they won the match against Sri Lanka will give them great confidence moving forward.

He said: "We played a really good game of cricket, especially chasing with the bat. We needed to chase 180 in 25 or 30 overs. Obviously we had a really good start with Hashim and Quinny (De Kock) and then there was an opportunity to put some pressure on ourselves in the middle order and try to get through."